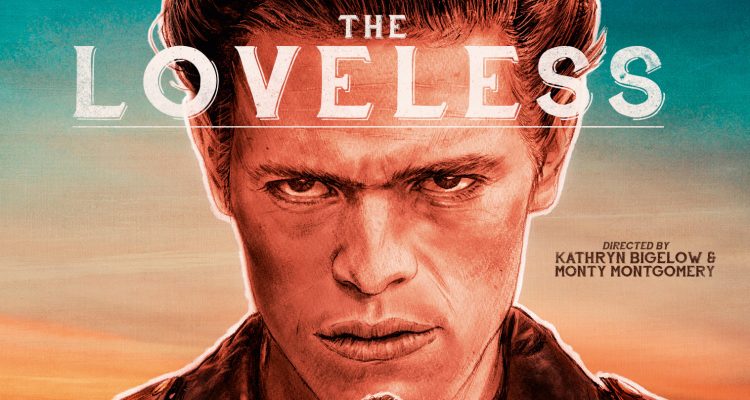 Pretty close to plotless, but with enough style and cool to offset the simplicity of the script, The Loveless is a striking gut punch that sticks to the ribs.

Plot: Trouble ensues when a motorcycle gang stops in a small southern town while heading to the races at Daytona.

Review: 1950’s America is not prepared for The Loveless, a slick, black-jacketed motorcycle gang that roams around aimlessly, looking for kicks. When one of them – Vance (Willem Dafoe in his first role) – rides ahead after the others lag behind after one of them has some bike trouble, he stops at a tiny little town that’s more of a truck stop than a place where folks live. Just before entering town, he changes a woman’s flat tire and robs and sexually assaults her. That sets the tone for Vance’s coda, which is that he does anything that suits him in the moment. He has breakfast in the local diner and catches the eye of the young widow serving him coffee. Right away, the locals know Vance spells trouble, but the widow is bored and doesn’t care. Later, when Vance’s gang rolls in, their attitude borders on anarchy when they get stuck for the day in the town as their fellow member’s bike gets worked on in the only garage in town. Vance takes the afternoon to ride around with a young nympho (played by Marin Kanter) and sip some beer from a backwater liquor joint. Bored and listless, the two of them rent a room and have at it, but when the girl’s irate father busts the door down, Vance takes it in stride, not realizing or caring that he’s set in motion a domino effect that will rock everyone in town. That night at the bar where everyone hangs out, the nympho’s father riles up a few locals to murder the gang, but something else happens quite unexpectedly.

Pretty close to plotless, but with enough style and cool to offset the simplicity of the script, The Loveless is a striking gut punch that sticks to the ribs. Writer / directors Kathryn Bigelow and Monty Montgomery collaborated on this neat little film that oozes an ingrained era-perfect snapshot of a time and place that almost feels dreamlike. It runs only 82 minutes, which is the right length for a movie like this, and Dafoe showed even this early in his career that he was something special.

Arrow Video recently released a Blu-ray of The Loveless, and their 2K restoration looks beautiful and sharp with just enough subtle grain. It comes with a new audio commentary by co-director Montgomery, plus new interviews and an insert booklet. Bigelow doesn’t participate in the special features. 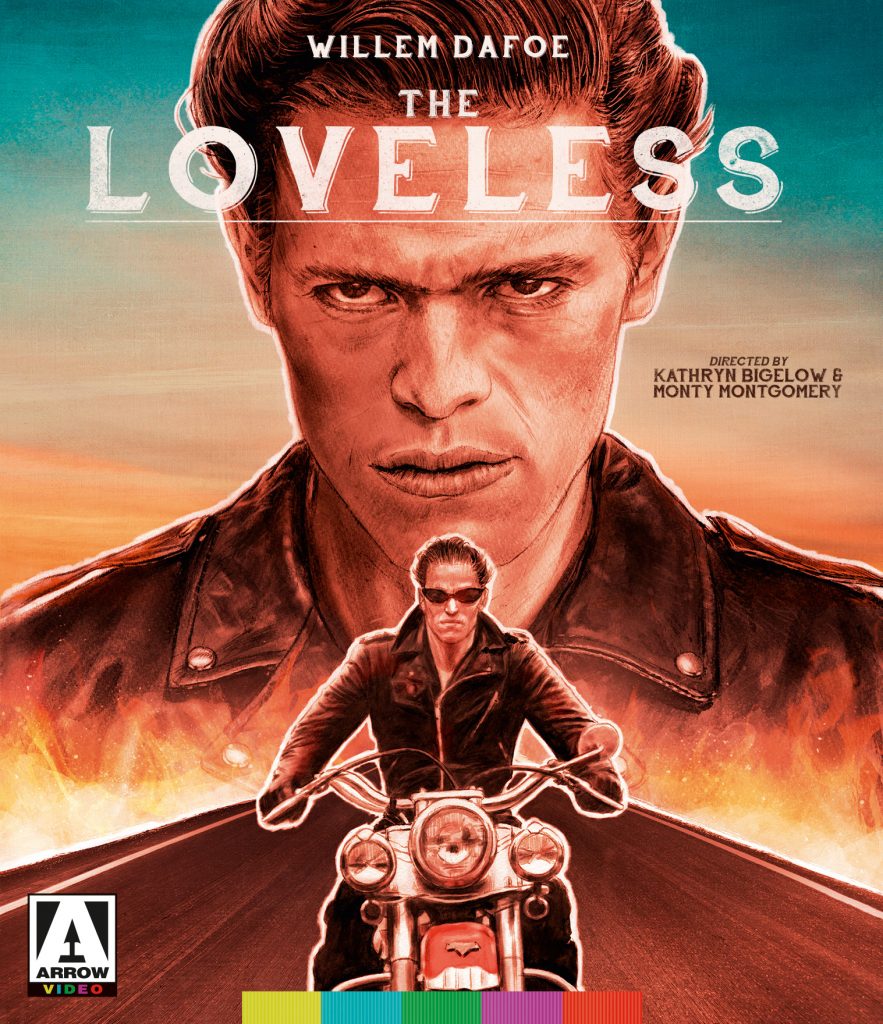