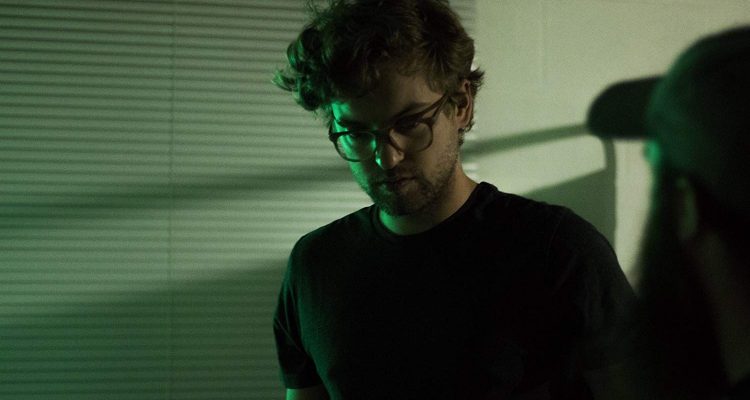 The original concept for the new horror-thriller A PERFECT HOST was for it to be a Psycho-satire, explains co-writer and director Chad Werner.

Looking at your CV, I think it’s fair to say this is a departure for you?

It is. I come from a sketch comedy/improv background, and this idea was originally a sketch I pitched about a couple signing up for a cycling class online that ends up being a Norman Bates-type guy running it out of his creepy basement to power the house for his overbearing mother… or something [Laughs].

My collaborators deemed it a little too dark for our comedy show, rightfully so…

I’ve always loved the experience of horror films. This genre, when done correctly, can bring an audience together in a way many films can’t, except maybe comedy?  But even comedy can be so subjective, if it’s scary, it’s scary – and that’s fun for me [Laughs]. I especially enjoy the classics: Halloween, The Shining, Rosemary’s Baby. Those movies take their time to scare you in a way that gets under your skin… plus they’re very aesthetically pleasing.

This film, though frightening, offers more than the standard fright-fest. How important to you was getting that style to substance ratio right?

My favorite movies are subversive and offer you a ride you didn’t totally expect to go on. It was very important to me that there was this central relationship between Sam and Avery that grounded the eccentricities of the plot. I also wanted the audience to love to hate Tad, which Brady brought to his performance in such a fun way. I wanted people to laugh as well as jump.

It was also very important that every shot and movement felt intentional. I love movies where the director winks at you through his or her style. I love Hitchcock and Kubrick (we even stole exact shots from Psycho and The Shining) and I wanted our small movie to feel very big because of the style and choices. My DP, Brooks Birdsall and I talked quite a lot about that. Hitchcock has a way of making small contained movies, like Dial ‘M’ for Murder or Rope still feel very epic, and I wanted to make a cabin-in-the-woods horror movie that brought in humor, suspense, twist, satire, style… the whole gamut. Horror fans are smart, and I wanted to give them something to chew on, hopefully they enjoy it!

And what do you think makes your characters so easy to root for?

Wow… thank you very much! So many times I watch horror movies and I really just don’t care about the characters. I think it comes with the genre? You know they’re going to die so make them unlikeable… but that doesn’t make a ton of sense to me. You don’t have to like them, but at least make them three dimensional. So it means a lot to me that you root for them!

We all rent AirBnbs, or use Craigslist, or hop into Ubers, and put our trust into strangers. My friend told me after watching the movie, “it was a terrifying look into modern day wildly accepted practices.” Which I felt had a nice ring to it. We put a lot of trust into apps and strangers, why?

Today, it’s not an absurd thought to rent a house for a weekend on the internet from a stranger, so I wanted characters that weren’t absurd either: real, and fun, and yeah, you would probably go on a vacation with them and enjoy it. That’s scarier to me… the idea, this could happen to you. 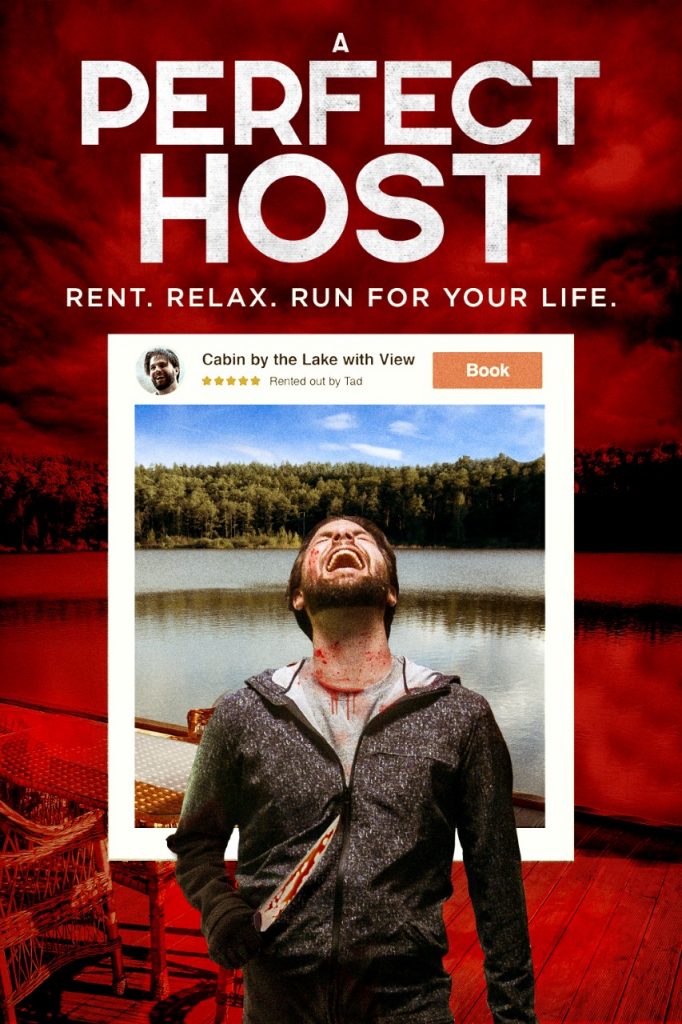 How hard was it to find your lead cast?

Well, Jeff (Sam), Jon Michael (Corey), and Emily (Becca) all were in the aforementioned sketch comedy troupe I was in, and I pretty much wrote their parts for them. Brady (Tad) is a buddy that gave notes on the script when I was writing it and sent me a tape that gave me shivers. And Kasey (Janet) is my wife, so basically people that I knew would still love me after two weeks of Hell… [Laughs]

The hardest to cast was Avery, and through some friends I got a hold of Katelyn’s tape that she filmed. She was so natural and so the part, and really brought Avery to life which was very important to me. Avery’s the badass of the movie, and Katelyn made that happen.

Which of them would you not want to share a house with – if even for a night or two? [Laughs]

[Laughs] Funny you ask that, because at one time or another I’ve been roommates with Jeff, Jon Michael, Brady, and I now live with Kasey. I’m sure they all have plenty of dirt on me… and when we filmed the movie, cast and crew and all shared the house we filmed in. I think we made Jeff sleep in Tad’s secret room, which I know he found particularly creepy.

But the obvious answer… Tad! That dude is terrible, not just scary, but annoying… which I find extremely scary.

What’s next for you, sir?

We are wrapping up post-production for a coming-of-age comedy that I produced and acted in. I’m directing a TV pilot in the spring. And my next feature is a crime-comedy set in a fictional Texas town.

A PERFECT HOST is on DVD and Digital Feb 4.