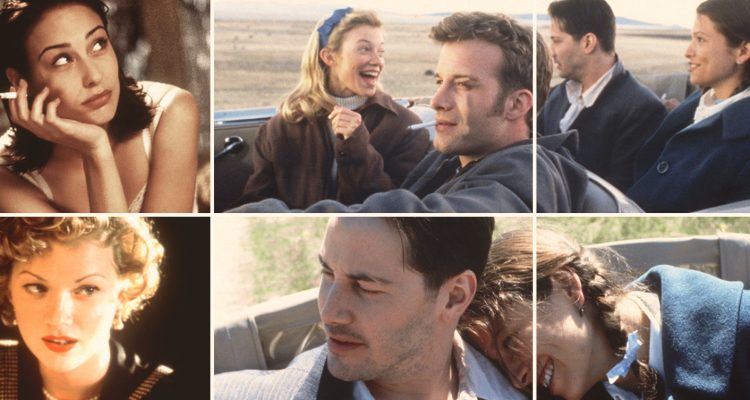 Jane, Reeves, Brody, and starlets like Forlani, Gretchen Mol, and Amy Smart all look so fresh faced and young here, and the film is really a showcase for Jane, whose star was just beginning to rise.

A 19-year old beat writer flounders in 1946 America and looks for direction for his life.

Neil Cassady (Thomas Jane with a bit of a pompadour) is a handsome, engaging young man whose life is at a crossroads. It’s 1946 and America is a beautiful place, but he struggles to find work and a purpose. He works the graveyard shift at a mechanic shop, and his girlfriend (Claire Forlani) attempts suicide and ends up in the hospital. Unsure of how to proceed, Neil hangs out a lot at a local pool hall where his buddy (played by Keanu Reeves) insists that they go on the road with a couple of underage girls and let the wind take them. Neil declines … at first. He fools around a lot with all kinds of pretty girls and waxes poetic and writes endless musings on his life, and he has another aimless friend (played by Adrien Brody) who is in a similar situation as he is. When his girlfriend recovers, he considers settling down with her, but the call of the road keeps inching closer to his heart …

A stylish, energetic movie that has a youthful edge to it, The Last Time I Committed Suicide is a little frustrating from a character standpoint, even though it’s based on a true story, more or less (it’s based on a letter written by Cassady to Jack Kerouac). Cassady is a frustrating and somewhat unappealing character (at least he is to me), and while the movie has an urgency and a pulsating sense of desire to it, it still never finds purpose in Cassady’s life. We get glimpses of his dreams of fatherhood and marriage, but they’re just glimpses, and we learn that he died in his early ’40s in the 1960’s in Mexico after going on the road. Jane, Reeves, Brody, and starlets like Forlani, Gretchen Mol, and Amy Smart all look so fresh faced and young here, and the film is really a showcase for Jane, whose star was just beginning to rise. From writer / director Stephen Kay.

MVD Marquee Collection has just released a Blu-ray of The Last Time I Committed Suicide, and it looks crisp in high definition. The trailer is also included. 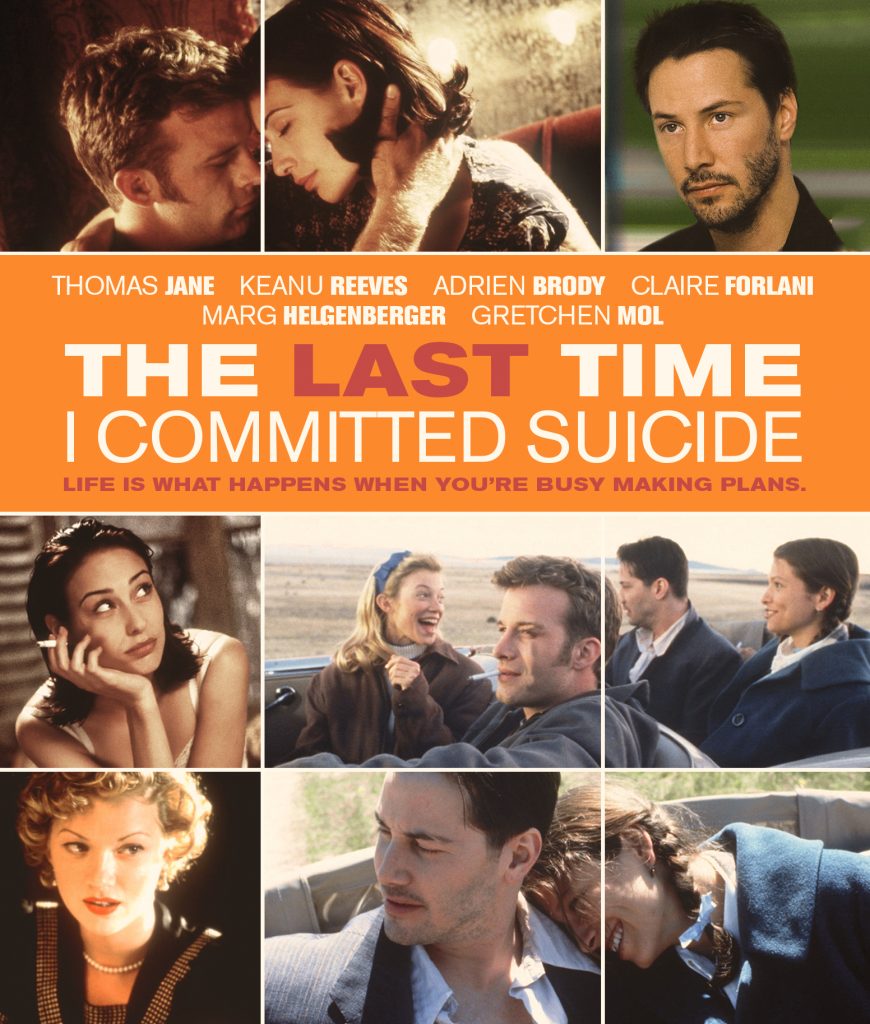