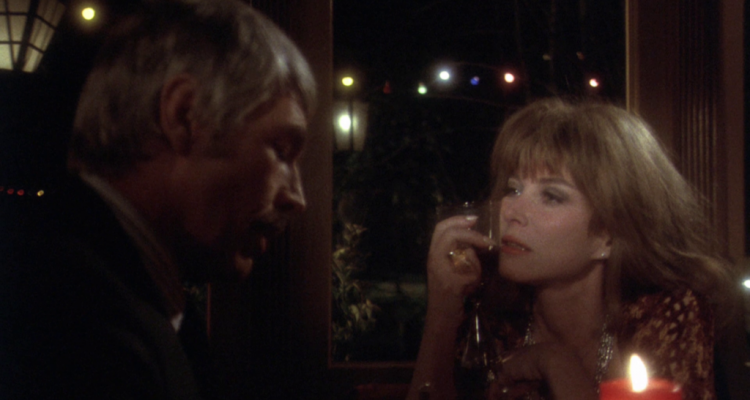 The Internecine Project isn’t a classic by any means but it’s worth watching once especially for the ending.

Plot: Former secret agent Robert Elliot will be promoted to government advisor. In order to make sure no-one will ever know about his dirty past, he has invented a very ingenious plan to get rid of his four helpers: he gets them all to unknowingly kill each other in the course of a single night.

Review: A secret agent turned playboy named Robert Elliot (James Coburn) is unexpectedly asked to become a top advisor to the President, and with more skeletons in his closet than he cares to have following him around, he plans an outlandish (and extremely tricky) plan to have four of his former associates killed by one another on a single night. Everything depends on crackerjack timing, and if even a single moment is wasted, his plan will topple. But as smart as he is, he can’t possible plan for what transpires …

A very simple premise with a big build-up for what is ultimately an assassination plot, The Internecine Project is a nice little role for star Coburn, who seems to be very comfortable in the film. The score by Roy Budd (Get Carter) is cool, but if you take away the groovy music, the movie would lack its tempo. At 89 minutes, it moves at an even pace, although there isn’t a whole lot going on. A minor effort from writer Jonathan Lynn (Clue) and director Ken Hughes, The Internecine Project is worth watching once, if not to see its out-of-nowhere surprise ending.

Kino Lorber has just released this title on Blu-ray, and as per Kino’s high standards, it looks and sounds great, with a bonus interview with screenwriter Lynn. It’s no classic, but Coburn completists should add it to their library.