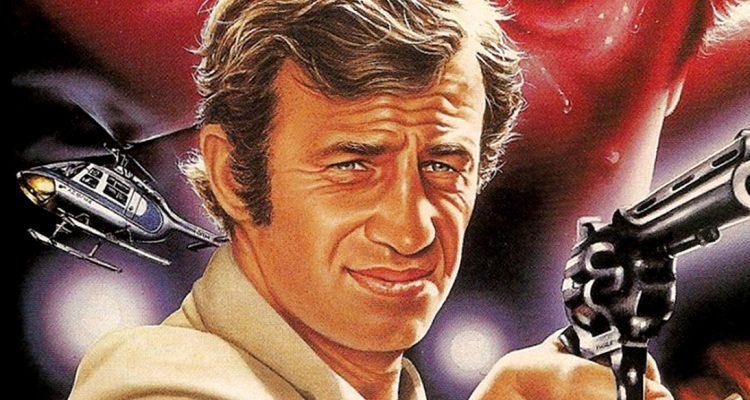 The Hunter Will Get You (1976) Kino Lorber Blu-ray Review

Thanks to a really good villain, the movie has a sense of danger and tension, and while the film has a few unintended laughs, it remains diverting and enjoyable as escapism.

A mercenary is hired by the police to do a job they can’t: Find a brilliant serial killer and thief who always manages to get away clean.

Roger Pilard (Jean-Paul Belmondo) is known only by his mercenary name “L’Alpagueur,” and he’s the scourge of the mob, whose drug and prostitution empires are crumbling due to his efforts to do what the police (who hire him) cannot lawfully do. When a brilliant and cunning serial thief whose methods are to use young vagrant men as accomplices and then to kill all witnesses after his crimes continues to elude authorities, Pilard is called in to see if he can find out who the thief is, but first he’ll have to go to prison and share a cell with the only person who has ever seen the thief and lived to tell about it. Then, Pilard and the young guy have to escape prison and track the thief down, which will be no easy task. The thief / killer is a cold blooded assassin whose career as an airline pilot gives him a great cover, but when “L’Alpagueur” gets his scent, there will be hell to pay!

A solid vehicle for Belmondo who was at his peak, The Hunter Will Get You has a few goofy moments in it that make his untouchable character a bit of a superhero / super sleuth in the vein of Dirty Harry cross pollinated with Columbo, but overall the film maintains a sprightly pace and tone. Thanks to a really good villain, the movie has a sense of danger and tension, and while the film has a few unintended laughs, it remains diverting and enjoyable as escapism. Michel Columbier did the popping score. Directed by Philippe Labro.

Kino Lorber’s upcoming Blu-ray edition of The Hunter Will Get You comes to high definition for the first time in North America, and it comes with a new audio commentary by three film historians, plus an interview with director Labro, and the trailer. 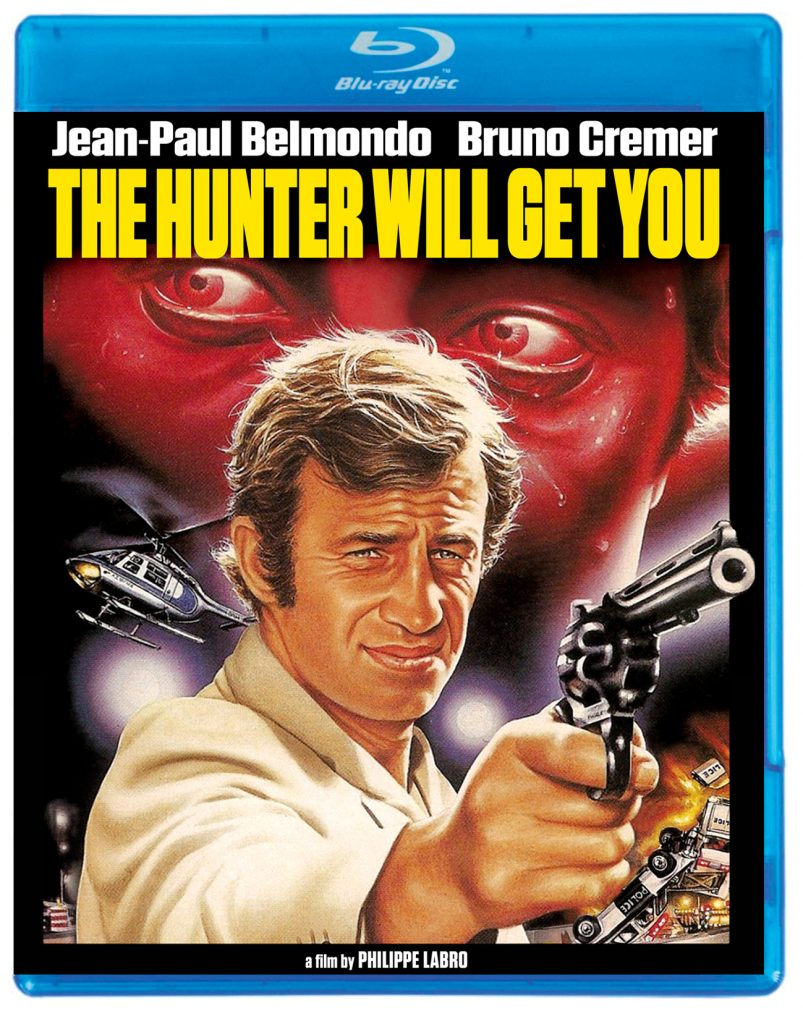