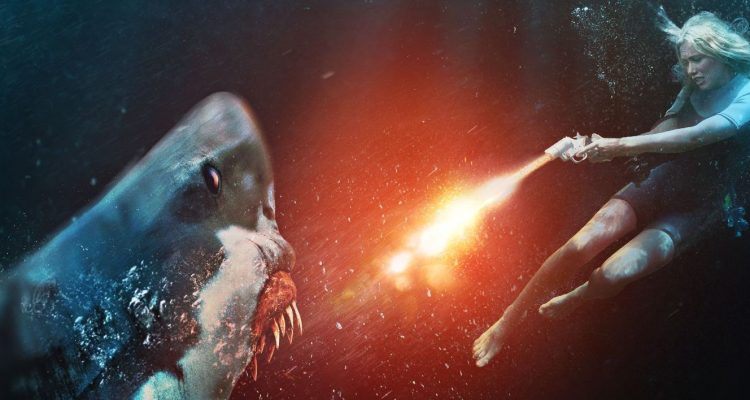 Better than some shark attack movies (Open Water, I’m looking at you), but obviously not as good as some others (it’s about on par with The Shallows, I suppose), Great White manages to keep things moving along without ever becoming boring or stagnant, and it does indeed have some satisfying shark action.

Charter pilot Charlie (Aaron Jakubenko) and his girlfriend Kaz (Katrina Bowden) have a failing charter business, but they get an offer they can’t refuse: To charter an affluent Asian couple to a remote atoll in the South Pacific somewhere for a day. With Kaz being pregnant, they can’t afford not to take the gig, and all indications signal to the event being fairly painless and simple, but with their clients – Michelle (Kimie Tsukakoshi) and Joji (Tim Kano) – being a little on the difficult side with their demands and behavior, the ride isn’t especially smooth. Joji, a control freak and an insecure analyst, immediately clashes with Charlie’s copilot Benny (Te Kohe Tuhaka), which doesn’t bode well for the trip ahead. When they all get to the atoll (Michelle has brought the ashes of her grandfather to scatter), there’s an immediate problem: A shark has killed at least one – maybe two people – who were on the atoll before their arrival, and they find the corpse of one of them on the shore. Having survived a shark attack once before, Charlie gathers his clients and his associates on his plane, and they begin a quick search of the other person who may or not be alive at sea, but when they find the capsized boat and the other person (dead), they’re too late to take off again, as two great white sharks attack them, destroying their plane, and forcing all five of them into an inflatable raft where they drift for more than a day. With the constant threat of dehydration and death from the predators circling them, Charlie, Kaz, and the others become desperate as their time runs out.

Better than some shark attack movies (Open Water, I’m looking at you), but obviously not as good as some others (it’s about on par with The Shallows, I suppose), Great White manages to keep things moving along without ever becoming boring or stagnant, and it does indeed have some satisfying shark action. Some of the CGI is a little spotty, but the climax looks good, and I was pleased with the way it ended. In other words, you get your money’s worth if you’re looking for a decent shark movie. There was never a moment in the movie where I became exasperated with the characters (even though you’re supposed to hate one of them), and so director Martin Wilson delivered a pretty solid film in a genre that by now has become pretty stale.

RLJE will be releasing Great White onto Blu-ray and DVD at the beginning of September, and it comes with a “Making of” feature, as well as a photo gallery. 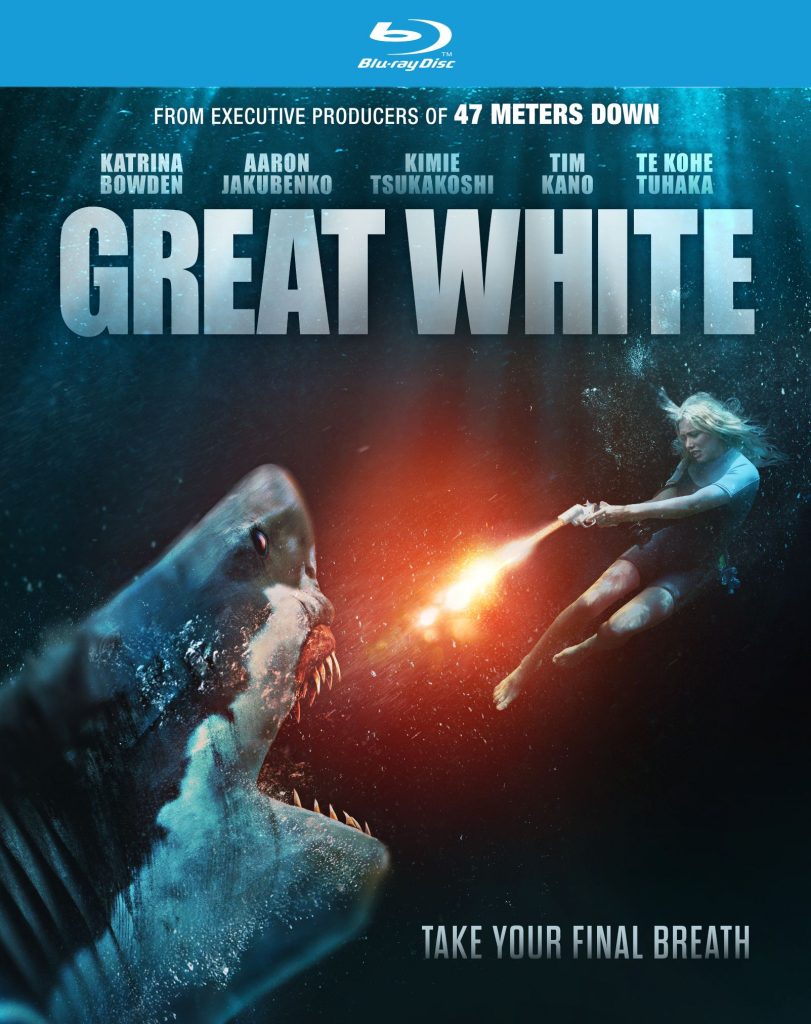