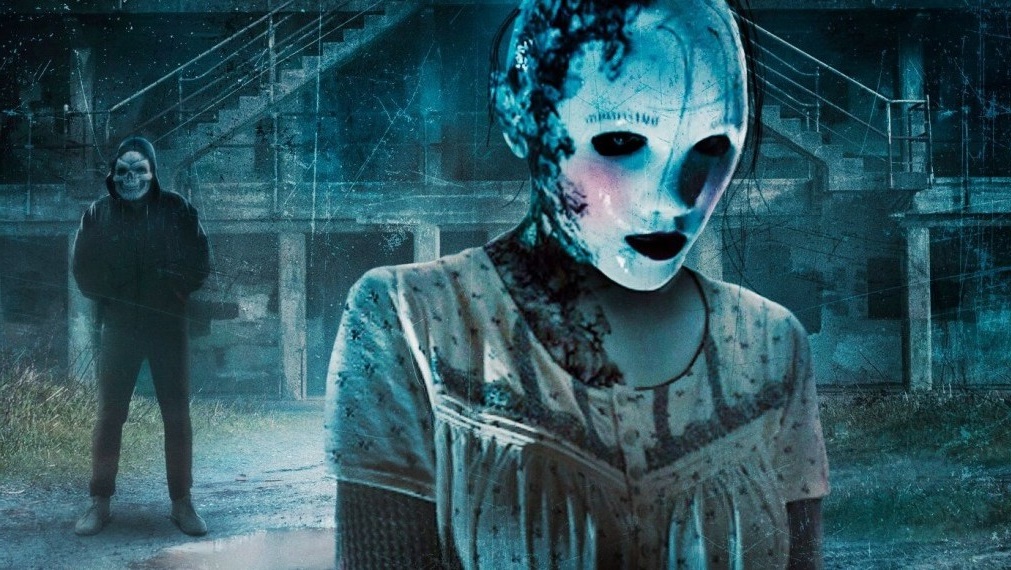 Not especially scary or credible, but fans of the original should appreciate it and slicker and more entertaining than the first movie.

Plot: Recovering from the trauma of being kidnapped last Halloween by the Blue Skeleton – a group who take “extreme haunt” to another level – five friends decide they must face their fears in order to move on. Heading back out on the road to visit more haunted house attractions, signs of the Blue Skeleton start appearing again and a new terror begins.

Review: Extreme haunt junkies Brandy, Zack, Mikey, Bobby, and Jeff have seen it all on the Halloween circuit all over the United States. A year ago, their adventures landed them in the most dangerous and extreme situation they’d ever faced: Brandy was taken by a mysterious specter called the Blue Skeleton, who literally buried her in a hole in the middle of the desert and left her to die. As the events of the first Houses October Built ended, we – the audience – were left thinking that that was the end of Brandy and her friends, but as the sequel picks up, we see that it was all just a terrible, horrible gag and that the Blue Skeleton live streamed to punch up YouTube hits and go viral. A year passes and Brandy is still recovering from the trauma of her experience, while her friends have been offered thousands of dollars to travel the USA again and visit regional haunted house attractions to give their reviews. The guys won’t do it without Brandy, though, and after finally convincing her that it’ll be safe this time, she goes along for the ride, and off they go. They meander from state to state, exploring the weird and creepy local attractions and keep hearing about one called Hellbent, which they’re told is the most extreme one of all. As they make their way to the underground circuit to find Hellbent, they all come to realize that the Blue Skeleton is on to them again, and is focused on putting Brandy at the center of his impossibly extreme test once again.

Full disclosure: I didn’t care for the original Houses October Built. I found it cheap, gimmicky, and scuzzy. It uses the “found footage” approach to the way it was made, and by the end, I was just relieved it was over. So I’m happy to report that this sequel is a step up. It has a slicker look and feel to it, and while there are leaps in logic to the events that transpire (especially at the end), I went along for the ride this time and sort of enjoyed where the movie was taking me. I wouldn’t call it very scary or extreme, though it does show some bizarre looking extreme haunts that look like they actually exist. The movie takes its time at 101 minutes and takes awhile to get to the real nitty gritty, and if you really enjoyed the first one, then there’s no reason why you won’t like this one too. Director Bobby Roe also plays Bobby in the film.

Special features on the Blu-ray from RLJE include deleted scenes, a music video, and a few other features for the fans.