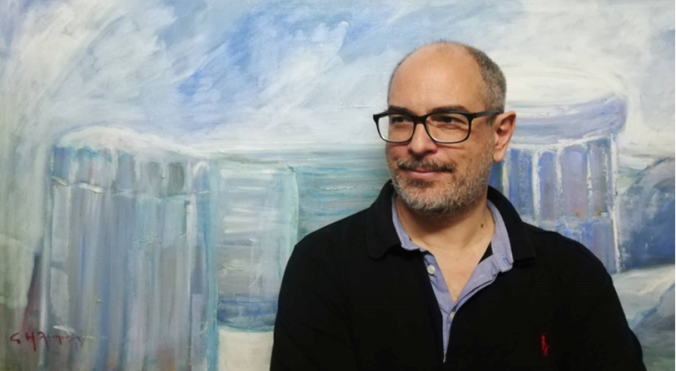 Three Tortured Minds, the producers of the upcoming supernatural horror-thriller THE HEADMISTRESS, announced today that they have added award-winning Greek composer Tasos Eliopoulos to the production to compose the film’s score.

“We are so excited to have Tasos Eliopoulos on board to score THE HEADMISTRESS,” said the film’s producers, Glenn Chung, Christopher A. Micklos, and Jay Sapiro. “He is a tremendously talented composer and musician, and we cannot wait to hear his interpretation of the film. We are extremely fortunate to have him on our team!”

Tasos Eliopoulos was born in Athens, Greece, and began composing music at age 5 on the piano. At age 7, he entered the Athens Conservatory to study classical violin, piano, harmony, counterpoint, orchestration, and composition with George Diamantis, student of Pierre Lantier. He was also a member of the chorus and symphonic orchestra of the Athens Conservatory, where he completed studies in cinema music, music and technology, and sound engineering.

In THE HEADMISTRESS, a debt-ridden young teacher inherits an abandoned lakefront inn; and when she takes a group of potential buyers to visit the property, they discover a dark, sinister secret…as well as a malignant supernatural presence determined to keep them there forever. The film was shot on location at an abandoned nunnery in southern Wisconsin.

THE HEADMISTRESS is the second feature from Three Tortured Minds. Their award-winning first film, 2018’s THE NURSERY, was released by Uncork’d Entertainment and is widely available on DVD, cable- and satellite-on-demand, and on multiple digital streaming services, including Tubi, iTunes, Vudu, Amazon Prime, and many more. Reviewers called THE NURSERY “chilling”, “awesome”, “creepy as hell”, “a real surprise”, and “one of the best horror films to come out of 2018”!