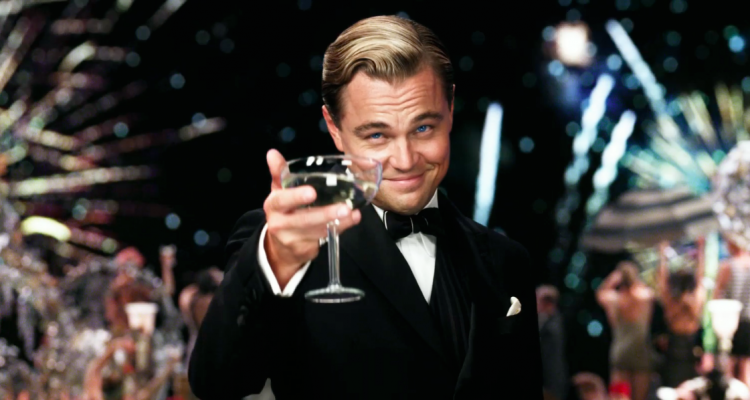 Plot: An adaptation of F. Scott Fitzgerald’s Long Island-set novel, where Midwesterner Nick Carraway is lured into the lavish world of his neighbor, Jay Gatsby. Soon enough, however, Carraway will see through the cracks of Gatsby’s nouveau riche existence, where obsession, madness, and tragedy await.

Review: Here is my sordid confession of the day; I only watched this movie for the first time recently. I’ve never read the original novel it’s based on nor have I seen the Robert Redford starring movie which makes me a bit of a cretin I suppose.

Anyway, The Great Gatsby got a mixed reception from critics when it first came out in 2013 mostly due to Baz Luhrman’s overly stylized vision. Personally I loved it and yes, you could tell it was a Baz Luhrman movie within the first few minutes as his visual style is always immediately apparent.

During the early parts of the movie I wasn’t sure what to expect from the story but as it went on I found it to be truly mesmerizing, tragic and surprisingly moving.

Leonardo DiCaprio is (as always) a total movie star and was perfectly cast to replace Robert Redford in the legendary role of Gatsby; he brings the right amount of glamour but also great heart. I think the true star of this movie though was arguably Joel Edgerton who gave one of his finest performances to date. His character Tom Buchanan is a jerk who regularly cheats on his wife but he isn’t the brainless thug you first expect.

I kept waiting for him to punch Gatsby for going behind his back and having an affair with his wife Daisy but he never did and it maybe made him face is own hypocrisy. By the end of the movie if you didn’t hate rich people before you certainly will now as none of the characters are particularly likeable people and you know that these types of people exist in real life which is the real tragedy. Gatsby created all the wealth and glamour thinking he could win back his lost love but it was all for nothing and you never really take to her at all. She is just as cold and heartless as the rest of them.

Tobey Maguire’s Nick Carraway is essentially the audience, brought along for the ride with Gatbsy and co. pretty much as an observer and he is as disgusted by them all as we are. He is the moral compass of the story and Maguire’s puppy dog eyes work to his advantage as he watches with awe at Gatsby’s lavish (but empty) lifestyle.

Although purists have whined about the movie being overly stylized I loved the visual style and the music; the first half is all the glitz and glamour of parties and endless promise but the second half is when reality comes crashing in and lives are ruined forever.

At 2 and a half hours The Great Gatsby is a little long but you’ll never be bored; the excellent performances and mind-blowing visuals will keep you engaged at least.

Overall, if like me you’d never seen The Great Gatsby before then you really should seek it out as it’s a crazed work of genius with fantastic performances from the entire cast and a visual style which could only come from Baz Lurhman… old sport.