The Girl in the Crawlspace (2018) DVD Review

With extremely limited resources but some great ideas and a cool concept, The Girl in the Crawlspace is like a geeky film-referencing ultra idie riff on Room but with some extra creep factor.

Review: Some months after a young woman in Indiana named Jill (Erin R. Ryan) is rescued by the authorities from the captivity of a serial killer who focused on kidnapping and killing children, life for Jill is difficult, to say the least. Unable to sleep indoors and having a terrible time differentiating reality from fantasy, she drifts around her hometown, adrift in a wave of mental instability. Meanwhile, a 2nd rate screenwriter with substance abuse issues and his wife, a psychotherapist, move into a house in town, after leaving their life in Los Angeles behind. The therapist takes on new clients, and she focuses on the families whose children were victims of the notorious killer from their town, and as a favor to the town sheriff Woody (Tom Cherry), she takes Jill on as a patient to help Jill work on her mental state. As an afterthought, the therapist has her screenwriter husband work with Jill to see if he can help coax her into writing her thoughts and memories down in a screenplay fashion, and he’s shocked when he finds that Jill turns out to be a dynamic writer. By chance, he and Jill join the same role playing game meet group in town, which adds yet another dimension to Jill’s imaginative inclinations. But as Jill begins to open up her mind in therapy and with screenwriting, she unlocks a very critical part of her memory, triggering a second wave of terror as another serial killer comes to claim her – or the therapist – as his next victim.

On the surface, The Girl in the Crawlspace is yet another grungy, regional effort from nowheresville, but as I started to pay attention and delve into the complex story and its interesting characters, I found the film to be quite fascinating and extremely arresting and pretty freaking creepy to boot. With extremely limited resources but some great ideas and a cool concept, The Girl in the Crawlspace is like a geeky film-referencing ultra idie riff on Room but with some extra creep factor. Despite its shortcomings, this was a pretty rad little thriller that had my complete attention almost from the first scene onwards, and my attention never flagged. A superior effort from filmmaker John Oak Dalton, this is one to watch.

The DVD from ITN releasing has been in circulation for a few months, and Walmarts still have it on their shelves, so grab one while you can. 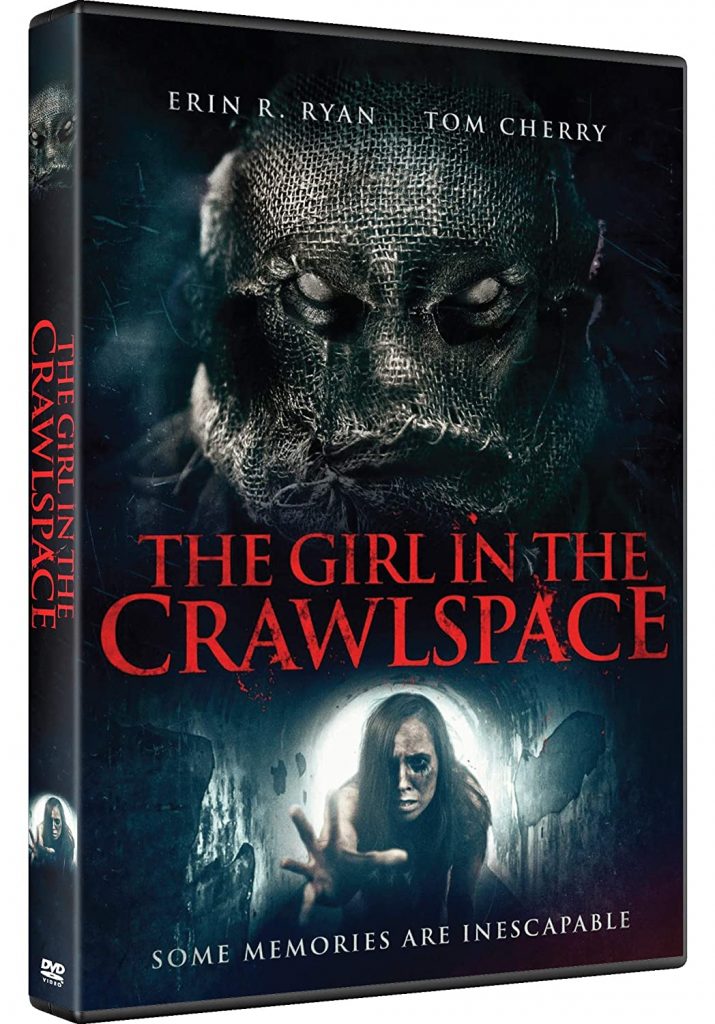