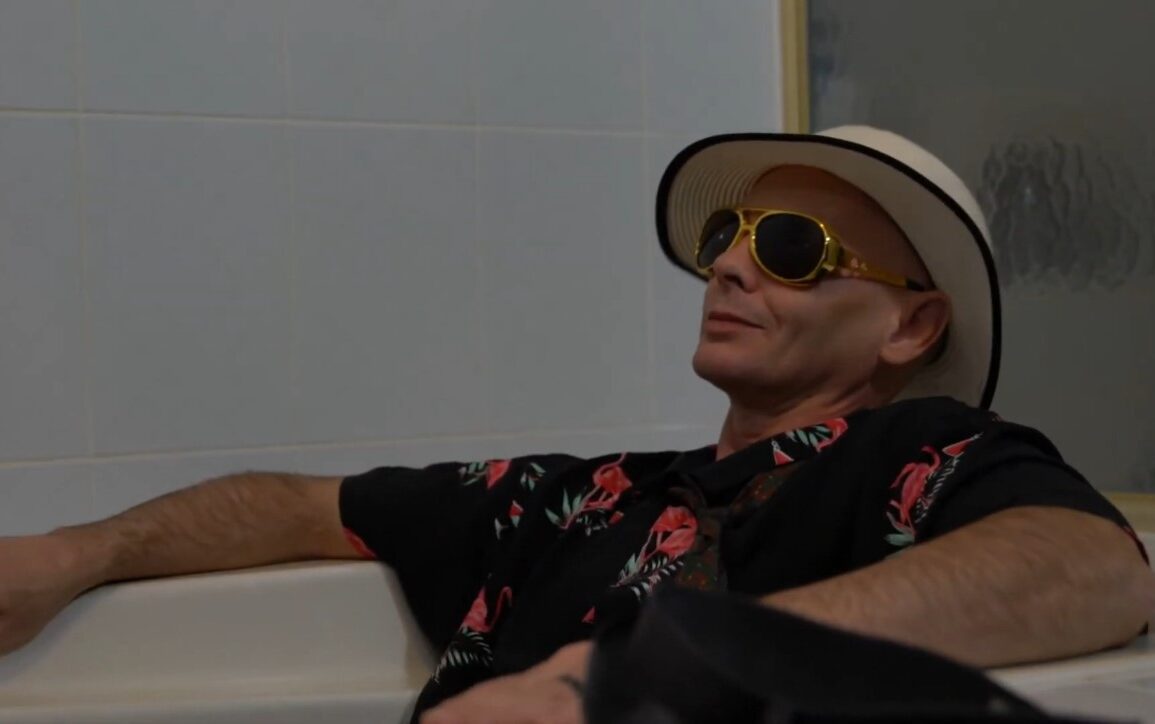 Dark, dreary and disease-ridden as a story can get, Routines is an acquired taste even for those with an acquired taste.  Those looking for tragedy in their dark comedy have probably stumbled on to the right place, but most will probably hesitate before stepping into this proverbial dark alley, even if a stranger might hypothetically offer the best candy.

Plot: A struggling and irritable comic falls in love, then tragedy pulls him back to his old ways in Routines, a 2020 dark comedy from Domenic Migliore and Film Regions International.

Review: The old saying “Tragedy plus time equals comedy” is made manifest in Routines, a 2020 film from Domenic Migliore and Film Regions International, based on Migliore’s 2009 screenplay. Michael Bugard (Hostel: Part III) is Bruce Mann (likely no relation to Art Mann), a struggling, aging, divorced and increasingly irritable comic working dead clubs and living with his parents. One night at a local bar, he encounters Darling, played by Anita Nicole Brown (TV’s Chicago Fire). The two hit it off pretty well, and soon find themselves in the depths of sexual escapades and soon marriage. The two of them seem to have found some semblance of happiness between each other and decades old movies and TV series, but just as things seem to be settling down, there is a tragic twist and a return to old ways for Bruce. Kaylee Williams (TV’s The Beast) makes her appearance as Sandy in what appears to be another twist of fate, but what exactly does that fate entail? Can Bruce’s lifestyle sustain itself? Can he protect the people he loves, or is he even capable of such emotion?

While Routines is anything but routine, it suffers almost as much as its protagonist whenever it takes chances in storytelling. Downtrodden and sickly throughout the film, even during his “higher” points (literally and figuratively), Bruce isn’t particularly funny, witty or the kind of character that the viewer can get behind. Most of his jokes are old rage bait that are met more with silence than contempt. Even during his brief time with Darling, the lone bright spot in this film – and presumably his life – there isn’t much to digest that isn’t VHS related. Whether it’s his complete disdain for society or his penchant for occasional necrophilia, the viewer is witness to Bruce essentially ending up right back where he was at the beginning of the story. This wouldn’t be entirely surprising given the circumstances, but there is so little of the world around him described to the viewer that would otherwise allow to gauge a frame of reference. Some of Mann’s more outrageous behavior could have been established from the beginning, and with more social and environmental interaction. We are given a brief rant about “PC culture” towards a local disc jockey, but it is only one brief scene and there is so much more that could have been built upon in that regard. 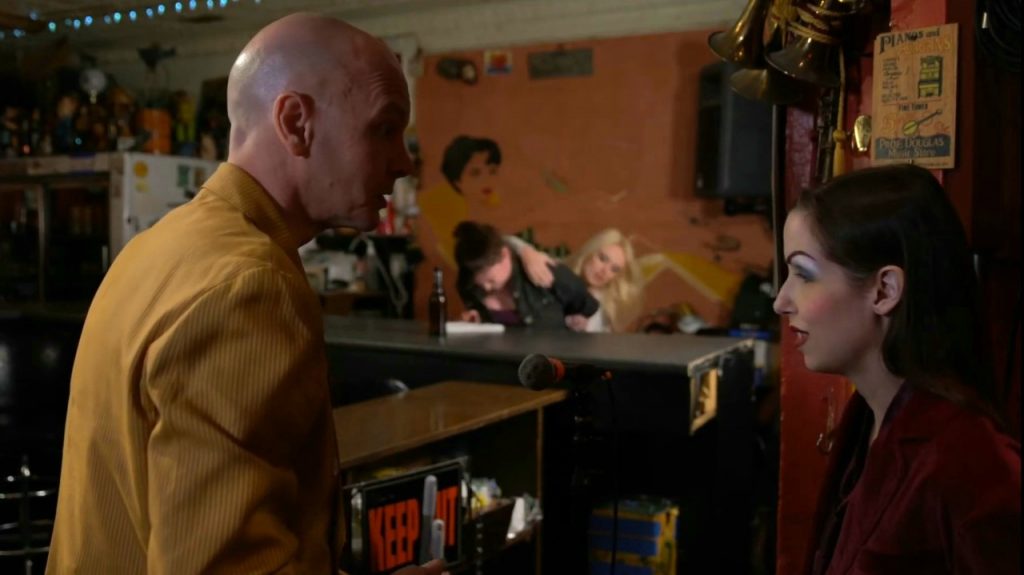 On the positive side, Migliore’s competence in the use of music, symbolism and color is apparent: sets are often cramped and mostly dreary, save for Darling’s artsy living quarters, the ambiance ranges from jazzy to punk rock to uncomfortable silence, and the Sandy character’s wardrobe and just general appearance clashes rather harshly with every set, to say nothing of her interactions with Bruce. She looks like a pastel peacock with the exact opposite qualities in personality. Their more intimate moments are equally as bland, but unfortunately, the story and remaining characters flatline prematurely to the finale.

Dark, dreary and disease-ridden as a story can get, Routines is an acquired taste even for those with an acquired taste. Those looking for tragedy in their dark comedy have probably stumbled on to the right place, but most will probably hesitate before stepping into this proverbial dark alley, even if a stranger might hypothetically offer the best candy.

Written and directed by Domenic Migliore.