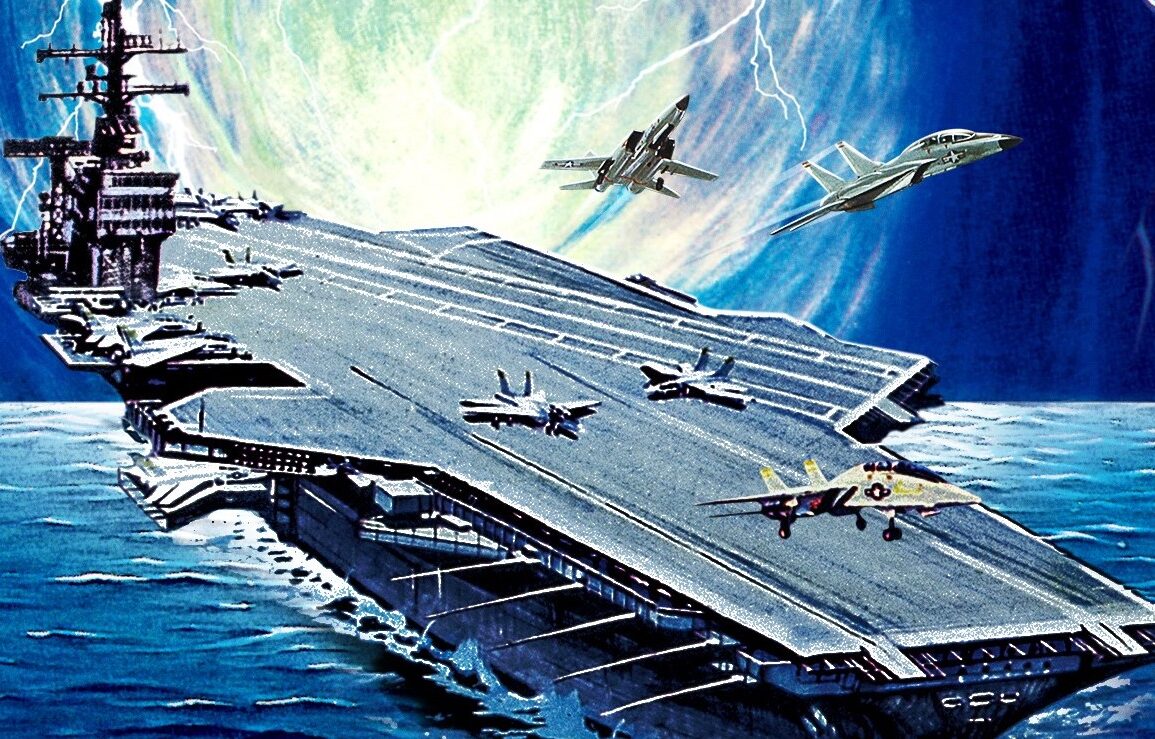 A crackerjack science fiction-ish military thriller with astounding aerial footage that in my opinion puts to shame anything shown in Top Gun and Iron Eagle, The Final Countdown is a classy time travel film with a great story credibility and execution by director Don Taylor (Escape From the Planet of the Apes, Damien: The Omen II).

A fully supplied and equipped modern day aircraft carrier drifts through a time loop and ends up near Pearl Harbor just before it’s attacked by Japan on the eve of World War II.

Captain Matthew Yelland (Kirk Douglas) has no idea that his fully manned and war-ready aircraft carrier, the U.S.S. Nimitz is about to drift through a time rift in the Pacific Ocean, but indeed it does happen. At first it seems like a terrific storm, but unlike any he or his crew have ever experienced before. Aboard the Nimitz is a civilian working for the Department of Defense, a cocky guy named Warren Lasky (Martin Sheen), who is aboard to observe procedures, and even he is flummoxed by all the abnormalities that point to the impossible: The Nimitz with all her war-ready jets, helicopters, and high-powered radar and computers can’t disguise the inconceivable fact that things aren’t as they should be. The radios are picking up ’40s-era radio programs and boxing matches, and what’s weirder is that their spy jets take pictures of Pearl Harbor exactly the way it was on the eve of the fateful bombing by the Japanese that got the USA into World War II. No amount of training or drills could have prepared Yelland and his crew for the notion that they could effectively end World War II before it even begins by attacking and obliterating the Japanese fleet before it has a chance to bomb Pearl. Using history as their guide, Yelland and his crew maneuver themselves into position to launch their attack, but before they do so, they begin changing the future already by saving the life of a United States Senator (played by Charles Durning) and his aide, who were supposed to have died, and this very act has potential staggering effects for the future. When it comes time to make the ultimate decision to change the course of history (the future, whatever) fate, or something else, points the way forward.

A crackerjack science fiction-ish military thriller with astounding aerial footage that in my opinion puts to shame anything shown in Top Gun and Iron Eagle, The Final Countdown is a classy time travel film with a great story credibility and execution by director Don Taylor (Escape From the Planet of the Apes, Damien: The Omen II). The cast is excellent, and composer John Scott’s score is grand and superb. The last moments of the movie are pretty great too, and by all accounts The Final Countdown is a real sleeper of a picture.

Blue Underground recently released a limited edition set of The Final Countdown that includes a 4K ultra HD disc, plus the standard Blu-ray and a bonus CD soundtrack that includes the complete score to the film. The 4K transfer is from a new restoration that completely upgrades the previous DVD and Blu-ray editions, with an amped up audio track. Previous special features such as an audio commentary by the DOP, two interviews (one with Lloyd Kaufman, who was one of the producers), trailers, and a still gallery are all ported over. There’s a new insert booklet with an essay about the film as well. 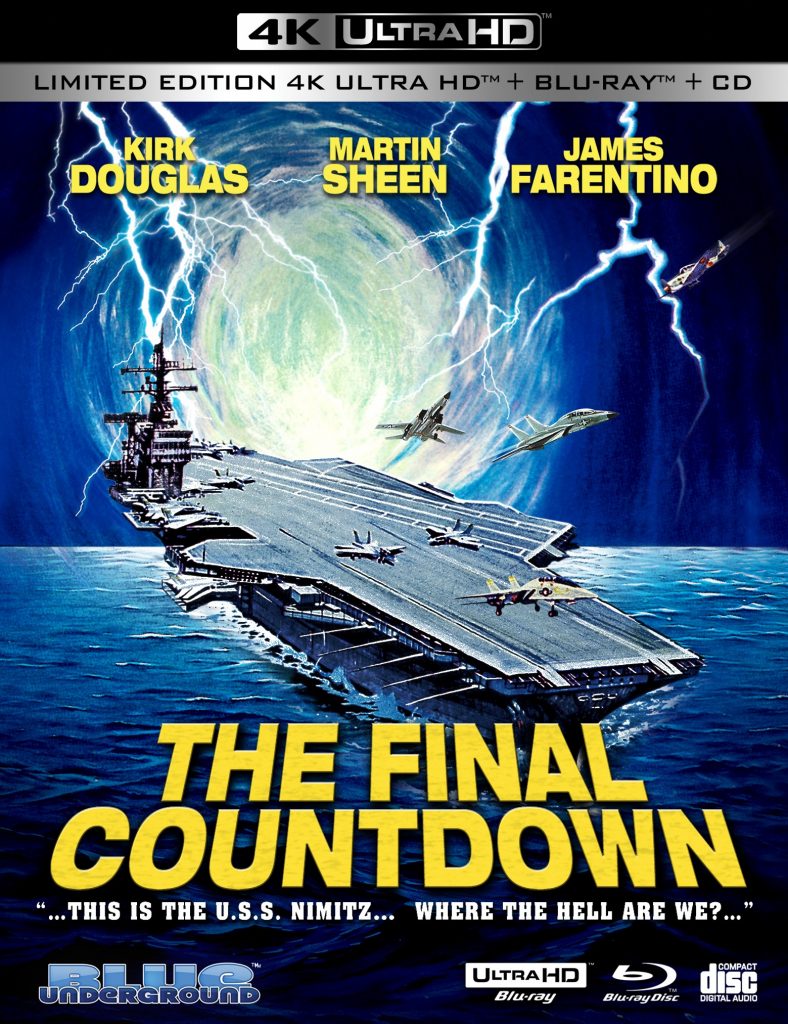