A real sleeper of an independent horror film, I Am Lisa from director Patrick Rea has its shortcomings, but overall this is a solid little entry in the werewolf genre.

A bullied young woman is left for dead in the woods, where a werewolf bites her and after she recovers, she turns into one and gets her revenge.

Lisa (Kristen Vaganos) moves back to the town where she grew up and she takes over the used bookstore that she inherited from a family member who recently passed away. With her return comes the reopening of old wounds: A bully from high school named Jessica (Carmen Anello) comes around and pokes at Lisa to the point of abuse (she sexually assaults her and steals a valuable book in the store just for the heck of it). For some closure, Lisa tries reporting the crimes to the local sheriff (Manon Halliburton), who happens to be Jessica’s mother. The incident at the sheriff’s department does the exact opposite for Lisa: Instead of being heard, the sheriff and her deputy (Chris Bylsma) and Jessica and her cronies gang up on Lisa and beat the living snot out of her. The deputy rapes her and deposits her in the middle of a forest, with the hopes that the wolves will eat her, but things don’t go down the way they should: Lisa is bitten by a werewolf and swiftly recovers from her wounds (and no longer requires sexy nerdy glasses!), and she recoups at her best friend’s house where she swiftly begins to realize that she’s a werewolf. With some guidance by a mysterious woman living in the woods (who happens to be the evil sheriff’s sister!), Lisa hones the supernatural gifts afforded to her by her new lupine abilities. Before anyone knows it, she’s on the prowl for vengeance!

A real sleeper of an independent horror film, I Am Lisa from director Patrick Rea has its shortcomings, but overall this is a solid little entry in the werewolf genre. It never bites off more than it can chew, and while there are a few scenes that I would’ve done differently (a couple of the kills are poorly staged and directed), I liked Lisa’s character, and the movie manages to elicit a moody texture and grainy sensibility despite being shot of digital video. The synth score is pretty decent too, and I wouldn’t hesitate to recommend this movie to devoted fans of the genre. It’s basically I Spit on Your Grave with a werewolf twist.

Mill Creek’s recent DVD release of I Am Lisa comes with a commentary by the director and Vaganos, plus deleted scenes, a visual effects feature, and the trailer. 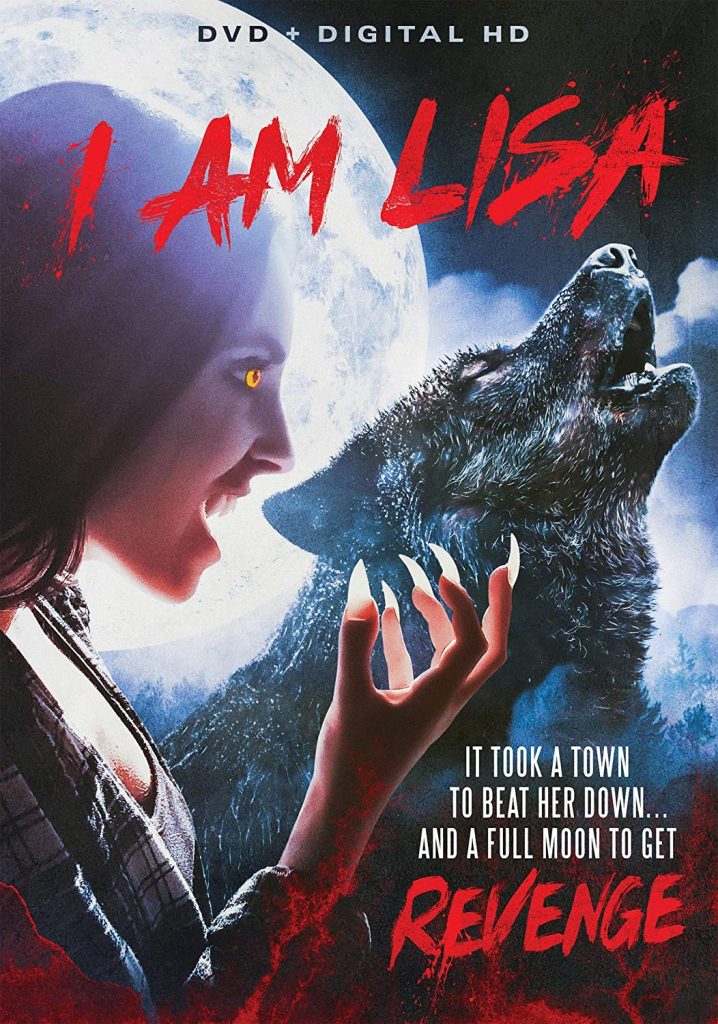