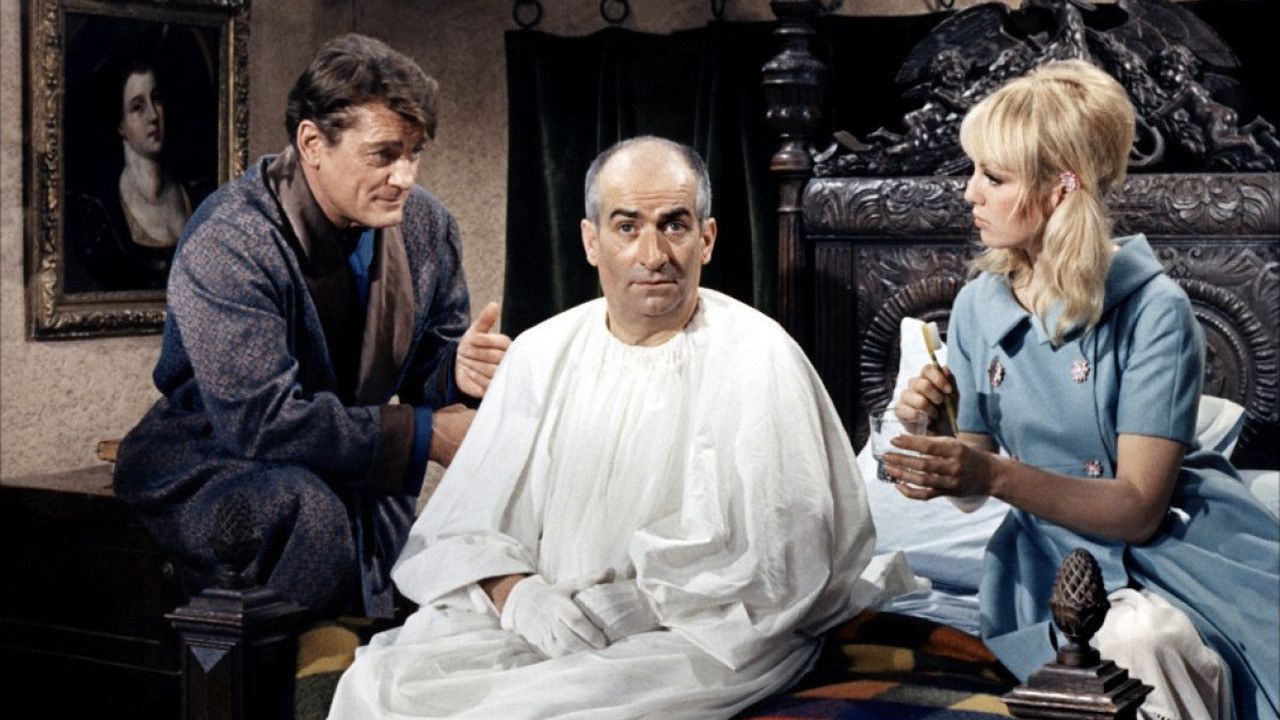 The Fantômas Series: A Retrospective

Fantômas was introduced to the public originally as a series of books Marcel Allain and Pierre Souvestre. Spanning 43 volumes (32 before Souvestre’s death, 11 afterwards written solely by Allain), the character was presented as the elusive criminal mastermind, the urban legend who others whisper about, but can’t prove he exists. As with most popular book series, the movie world came knocking, and the first Fantômas was released as a silent movie in 1913.  In total, there have been 12 movies about the sadistic and murderous criminal, none more popular than the last three, which were made in the 1960s.  It is these three films that I want to explore a little more closely… 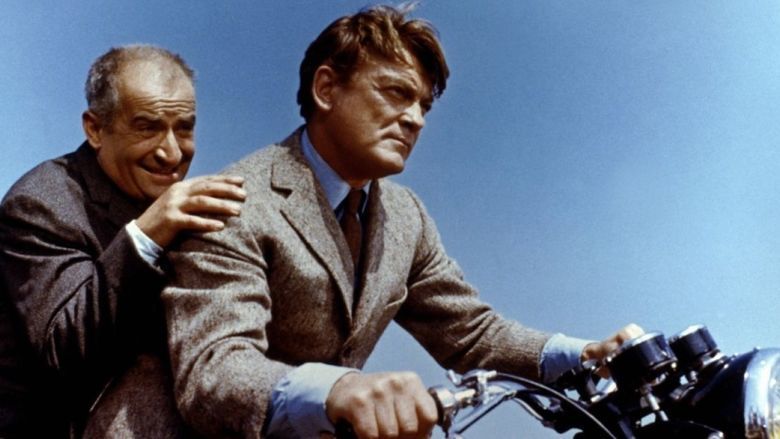 Synopsis: The elusive criminal Fantômas is hunted by a journalist and the Paris Police Commissioner

Review: I’d heard that this was considered to be the French answer to the James Bond series, and after watching this, I can kinda see why. While far goofier than it’s British counterpart, Fantômas has some of the trappings of a good spy caper. This is mostly seen by the villain, who has an elaborate rock hideout, and who commits his crimes through trickery and subterfuge. In stark contrast to the Bond series, it is actually the bad guy who is cool, causing you to root for him.

The title character is played by the same actor who plays the journalist who pursues him, and while you would think that you would be able to see the resemblance, this movie really does a great job with makeup. Fantômas resembles Marvel’s Chameleon character, his appearance dapper, while he wears a grey mask over his face – that is, when he isn’t wearing masks of other people. The effect is really creepy actually, as you can always tell which character is Fantômas – his eyes are a dead giveaway. That being said, when he impersonates the journalist, they do legitimately make it look like Fantômas is wearing a mask of the journalist – the makeup is that good.

The action is well played, with a pretty impressive chase scene at the end, that starts out on bikes, and soon shifts to a train, and then a helicopter in pursuit of a boat. That and an elaborate runaway car chase make up the majority of the action in the film.  What doesn’t work as well is the humour – I did laugh out loud a few times, but I found myself wondering what the movie would be like if played straight.  Unfortunately, the police commissioner character is a bumbling idiot and accounts for most of the comedy in the film. While I get that they didn’t want to do a straight aping of the film, it goes a little too far at times.

The other disappointment is the soundtrack.  You would think that Fantômas would get a groovy theme song that would be memorable – no such luck.  However, the cinematography is top-notch and at times, exceptional, particularly in the final action sequence. There are times that it appears that the movie is shot with a bigger budget than what they had, a testament to how the movie was shot.

Overall, it’s an entertaining take on the spy thriller, with a neat twist that focuses on the villain as opposed to the heroes. While it has its flaws, it’s certainly better than a lot of the nonsense being churned out by the Hollywood machine these days. 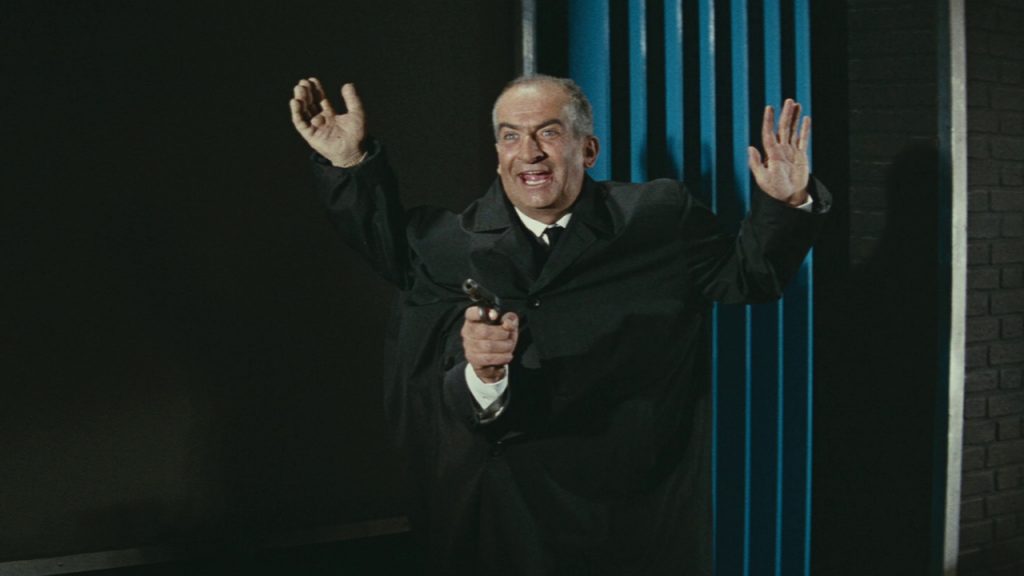 Synopsis: Fantômas re-surfaces a year after the events in the first film, kidnapping a top scientist. Journalist Fandor and Commissioner Juve swing into action after news of the kidnapping breaks.

Review: While the first film was more about the action sequences and the multiple disguises worn by the bad guy, this sequel delves deeper into James Bond territory, with different locales and an array of gadgets being introduced into the series.

Unfortunately (for some),  there is far less action in this film, making it more of a comedy than the first film.  There are still a couple of stand-out scenes, such as Fandor fighting off a cadre of henchmen while in a library (leading to a rather ingenious use of a ladder), and the climactic chase scene (which I’m beginning to think is going to be one of the signatures of this series), this time down the side of a volcano and cumulating in the skies.  Otherwise, this film has a lot of comedic tones, none of which really worked that well for me.  I knew I was in trouble from the animated opening credits, that reminded me of one of the later Pink Panther movies.

I did like the introduction of the gadgets, though, and I have to say, while they were not as fancy as a James Bond flick, they were still kind of neat.  Fantômas has a cool lair again, and his final getaway vehicle is straight out of a 007 storyline.  It makes up for the dumb comedy that permeates throughout the film.

As for the acting, Jean Marais is terrific again, playing multiple roles, and I think his Fantômas is one of those great screen villains with a distinctive voice and look.  Louis de Funès mugs and fumes as Commissioner Juve, he is the centre of the comedy within the movie, and as I said before, most of what he does falls flat.  The one exception was a silent scene that I swear was taken straight out of a Buster Keaton or Charlie Chaplin movie.  Mylène Demongeot plays Marais’ fiancée, and while she is the epitome of the blonde bombshell, I find her character uneven, as she seems to keep trying to decide whether to go with the heroic Fandor or the charming Fantômas without any clear motivation for the choices she makes.

As before, the set design and cinematography was awesome.  The costumes are well-done (particularly on display at a costume ball), and the make-up is terrific, with Marais disappearing behind several guises.  The visual effects, unfortunately, are a product of their time, and there are obvious blue screen scenes that remove the illusion of reality, but those are to be expected.

Overall, while it pales in comparison to its predecessor, it is a fun caper that could have benefited from less of the goofy humour. 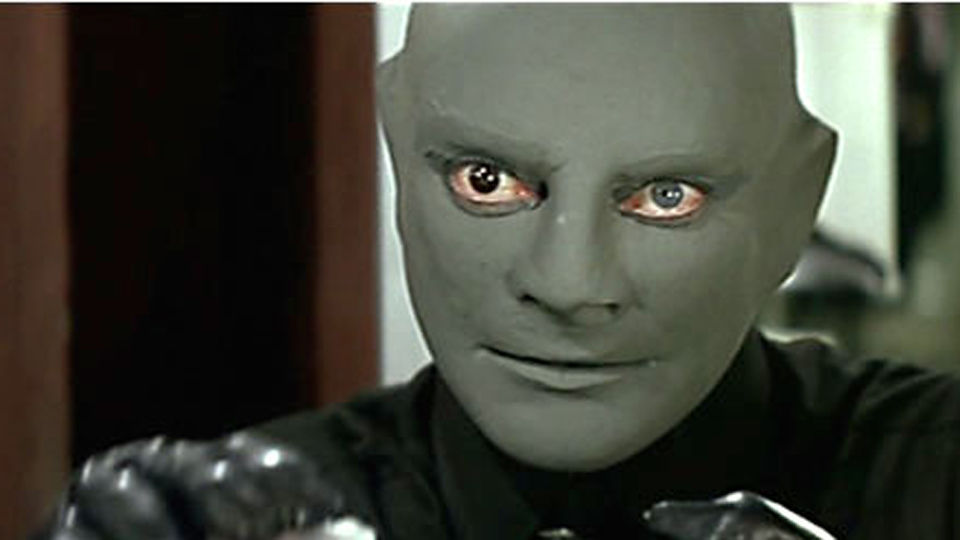 Synopsis: Fantômas threatens to murder a group of wealthy people unless they pay his “tax,” prompting one of the threatened rich people, Lord McRashley, to invite Fandor and Juve to his castle in Scotland.

Review: The third and final film in the series, the movie returns more to the style of the first film, which relied more on makeup effects than gadgets to tell its story.

The movie did suffer a bit from the absence of Jean Marais – Fantômas only appears a few times in his mask, usually assuming the identity of other characters (meaning those actors play the part of Fantômas with Marais dubbing their lines in his distinct voice).  This in itself isn’t too noticeable, as Fantômas usually appeared in disguise, but there is noticeable lack of Fandor in this one, leaving most of the heroics to Commissioner Juve.  As I’ve already said, no disrespect to Louis de Funès, but his character is too bumbling (think Inspector Clouseau, without the hilarity) to be a serious threat to Fantômas.  This means that most of the film, it’s just Fantômas pulling pranks on Juve, which is kind of pointless, though somewhat entertaining.

I do have to say that Fantômas is a really great presence on screen.  I love his voice and his soft, mocking laugh, which is one of his trademarks.  Even with him in disguise as other characters, you can still hear his voice, and it’s such a sinister, evil voice, Marais did such a great job instilling personality into the character.

The movie also suffers from being part of one location for most of the film.  It’s set in a Scottish castle, which is a cool-enough setting, but in my opinion, not enough to base the entire film there, especially considering some of the great locations that we saw in the first two films.  There’s also hardly any action, with the only memorable set-piece being a spirited chase through the Scottish countryside on horses.  Otherwise, there’s a fight here and a fight there, but nothing that sticks with you.

That isn’t to say the movie is horrible.  I think the cinematography is great, even though most of the film is actually filmed in France, the countryside is stunning and you get a very different flavour from the urban settings of the first two films.  The film has some clever spots, such as the moving bed and the bodies that keep appearing and disappearing from Juve’s bedroom. It’s still a fun adventure, even though it could have been a bit more if only it had taken itself more seriously.

France’s answer to James Bond is fun and entertaining, with high points being the Fantômas character, the cinematography and some of the action scenes, especially from the first film. While I am left to wonder how the series would have played out if it had taken itself a tad more seriously, it is still worth a view.