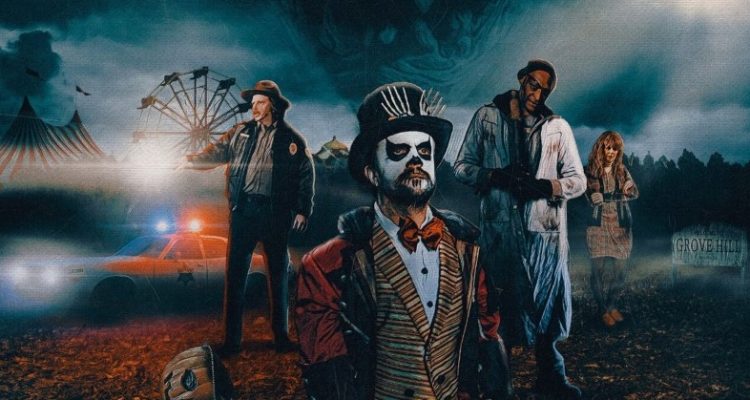 Candy Corn is far from something that fans of the genre will celebrate year after year, let alone once.

Plot: It’s Halloween weekend and a group of bullies are planning their annual hazing on local outcast, Jacob Atkins. When they take things too far, he’s resurrected to seek revenge against those that wronged him.

Review: A travelling carnival stops at a small town and hires a mute, bullied, candy corn-eating outcast named Jacob for various odds and ends. On the night before Halloween, a handful of bullies who have made a yearly tradition out of pranking Jacob approach him and beat him to death at the carnival. Jacob’s employer – a little person who goes by the name of Dr. Death (Pancho Moler) – uses some kind of ancient magic to resurrect Jacob with a horrible death mask on his face, with the sole purpose of killing his enemies. Jacob rises from death, and promptly becomes a sort of Michael Myers, choosing only those who bullied him to enact his grisly vengeance. After the first murder, the sheriff of the small town (played by Courtney Gains from the original Children of the Corn) is shocked that such a horrible murder took place, but by the time the second killing happens, he finally straps on his gun and gets serious about the situation. With his son on Jacob’s list, the sheriff only has so much time to lock the town down (not easy since it’s Halloween) to locate the murderer.

Titled “Josh Hasty’s Candy Corn,” this effort starts right out of the gate with a certain level of hubris from the filmmaker, whom I’ve never heard of. It takes years of developing a reputation and a name for yourself before anyone deserves to put their name above the title of their own movie like that, so right away there’s a problem with this movie. Hasty, a young filmmaker who turned to favors and crowd funding to get Candy Corn made, sometimes tries very hard for his movie to work, but most of the time, the film is crippled by amateur writing, and long stretches where almost nothing is happening. In one scene the sheriff says something like, “The town is on curfew! Anyone caught outside after dark will be arrested on the spot!” No one bothers to tell him, “But sheriff, it’s Halloween!” which would have been the perfect thing to say. The very next moment, we see kids trick or treating with their families, and the sheriff is driving down the street, but isn’t arresting anybody. It’s a stupid moment in the movie, and there are several instances where I was frustrated by similar issues where Hasty didn’t properly set up his succeeding scenes. The characters the killer is after are all (save one) idiots, and the one good character we’re supposed to like is dispatched without any consideration to that’s character’s previous actions, so that character’s fate is treated poorly, with zero payoff. The gore and kill scenes aren’t filmed properly either. Most of the kills are filmed way too close, and it’s difficult to understand what’s happening until it’s already over. Jacob’s mask is creepy, but too much of Dr. Death’s spooky exposition dialogue is vague and uninteresting. Where does Josh Hasty get off, thinking he can deliver a Halloween perennial with his name above the title? Candy Corn is far from something that fans of the genre will celebrate year after year, let alone once. Also with Tony Todd in a minor supporting role.

The newly released Blu-ray for Candy Corn comes with a director’s commentary (which I listened to), a making of feature, and several on-camera interviews. 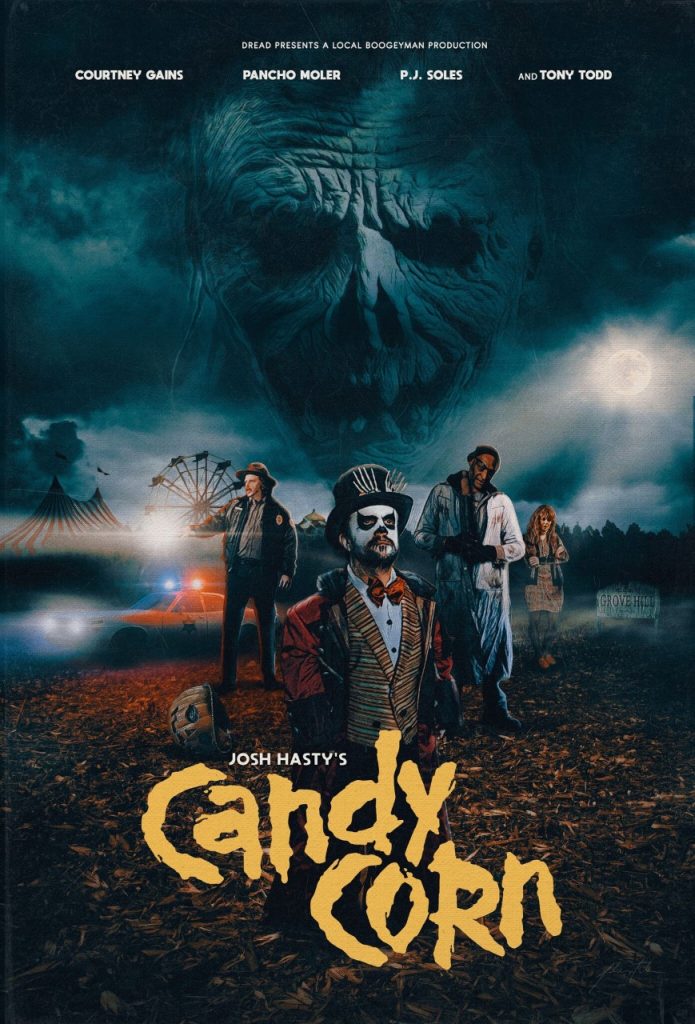