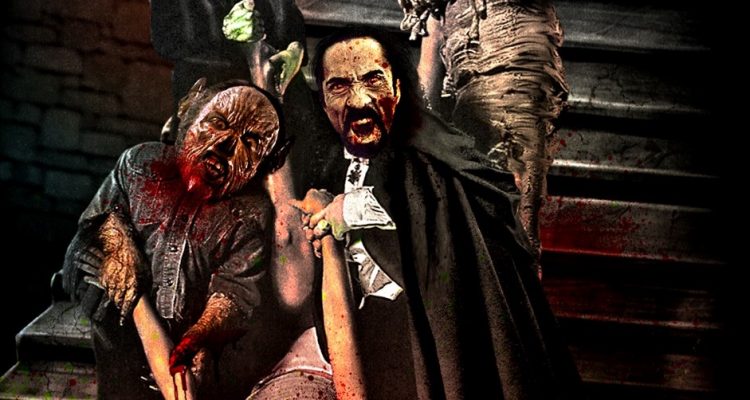 The Creeps is pretty silly stuff, but what the heck? It’s goofy fun.

Plot: Undersized, Undead and Angry. Dracula. Frankenstein. The Werewolf. The Mummy. In an experiment of the maddest kind of science, these four classic monsters of film and literature are brought back to life…but something goes wrong.

Review: A bumbling, idiotic mad scientist steals original, priceless first edition books from libraries – classics like Mary Shelly’s Frankenstein and Bram Stoker’s Dracula – and inters the tomes in a machine he created, hoping to conjure up the legendary, literary creations in the flesh. Before he can do anything, the librarian (played by Rhonda Griffin) he stole from hires a virginal private eye (played by Justin Lauer) who works in the back room of a video store to find the mad scientist so that she can get the precious books back. When he finds the scientist, the crazy inventor has already conjured up Dracula, Frankenstein’s monster, and The Mummy and The Wolf Man (not sure which books brought those guys back), but there’s a problem: The monsters are all dwarves! Something went wrong in the test run (something to do with there not being a naked virgin to sacrifice), and so the mad scientist pleads with his little monsters to retrieve him a virgin they can all sacrifice, but their chances are better if they can get the librarian, who might be the best chance they have at the experiment to be corrected.

Part Last Action Hero, and part Charles Band’s Full Moon miniature horror movie stuff, The Creeps is a 70+ minute chump change quickie for fans of Band’s brand of his weird tiny-themed genre expenditures. Dracula (played by Phil Fondacaro) is surprisingly endowed with empathy and pathos, while his little monster compatriots are all silent, groaning monstrosities. There’s some nudity thrown in for good measure, but the movie’s best assets (aside from Gabe Bartalos’s solid make-up effects) is the banter between the two lead heroes, whose scenes mostly take place in what appears to be a functioning video store. It’s fun observing all the ’90s-era movie posters and video boxes on the shelves in those scenes. The Creeps is pretty silly stuff, but what the heck? It’s goofy fun.

Full Moon’s recently released Blu-ray of The Creeps (#132 on the spine) is remastered for the first time from the original 35mm camera negative, and comes in a 2:35:1 aspect ratio, which is pretty warm and filmic with plenty of grain in the transfer. The disc comes with lots of trailers and a Videozone making-of feature. 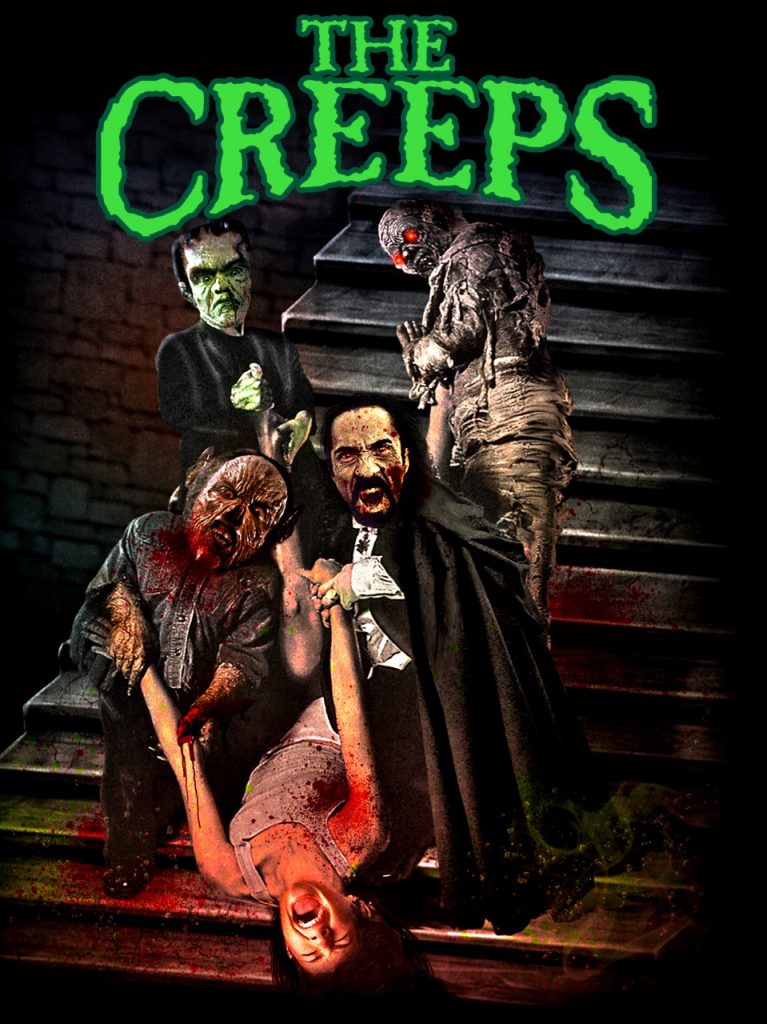