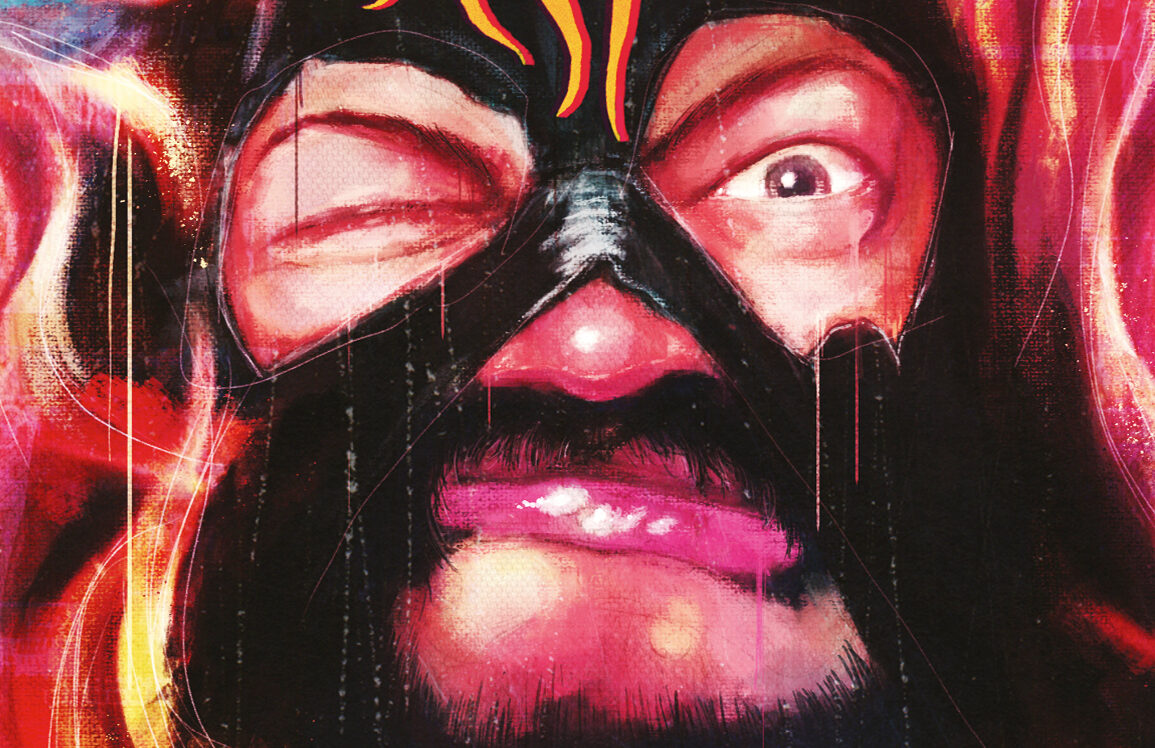 I was grateful in a lot of ways that this movie somehow came into being, and while I’d never heard of El Duce or The Mentors before watching this film, I became even more curious about them and the impact they made during their short tenure in the underground punk rock circuit.

A documentary of an infamous punk “rape” rocker named El Duce from the band The Mentors.

A soap opera actor named Ryan Sexton became fascinated with the dingy nightclub scene in the early 1990’s and fixated on an underground self-professed “rape” rocker named El Duce (real name Eldon Wayne Hoke) whose band The Mentors was one of the most down and dirty punk rock bands in existence with songs detailing graphic depictions of rape, sexual humiliation, and all-around human degradation, and Sexton began bringing a camcorder to gigs wherever The Mentors would perform. Eventually, Sexton began doing candid interviews with El Duce and other members of the band and other people in their periphery like the go-go dancers they’d have on stage, friends, and other associates who were gracious enough to answer Sexton’s rather blunt questions about the themes of El Duce’s filthy songs, El Duce’s raging alcoholism, and how his music entered into the wider public consciousness with a display of his lyrics at a U.S. Senate “porn rock” hearing which were broadcast on C-Span in the ’90s, furthering The Mentors’ exposure to a wider audience. Until then The Mentors were a marginal, virtually unknown band that had somehow endured about a decade in the underground scene and then after the hearings, their albums started selling and they booked bigger venues for awhile until El Duce’s alcoholism and infighting and dysfunction within the band brought them back down to the grungy level they were best known for.

Sexton’s more than 40 hours of VHS footage is boiled down to about 95 minutes, and when Sexton found El Duce to be more resistant and standoffish in the mid 1990’s, another documentarian began filming the decline of El Duce’s fledgling career and life, with a sad and depressing downward spiral into severe alcoholism, homelessness, and obscurity, graphically capturing some very low moments towards the end of his life, which sadly but somehow aptly ended at the age of 39 when he was killed (and decapitated) by a train while wandering around some train tracks at night. What The El Duce Tapes reveals is a secluded, niche underworld of a singular figure who emerges (at least to me) as a somewhat unappealing person with a distinctly human quality of spit and vinegar, and while his message in life was reprehensible, he still managed to be a cad, and a delightfully not politically correct misfit. I was grateful in a lot of ways that this movie somehow came into being (Sexton’s tapes sat in a storage unit for 25 years before he began to assemble them into what this movie mostly became), and while I’d never heard of El Duce or The Mentors before watching this film, I became even more curious about them and the impact they made during their short tenure in the underground punk rock circuit.

Arrow Video recently released The El Duce Tapes onto Blu-ray, and it’s presented in lo-fi high definition, taken directly from the scratchy VHS source material. The insert booklet contained within the package is essential reading, and there are quite a few helpful and useful special features on the disc.