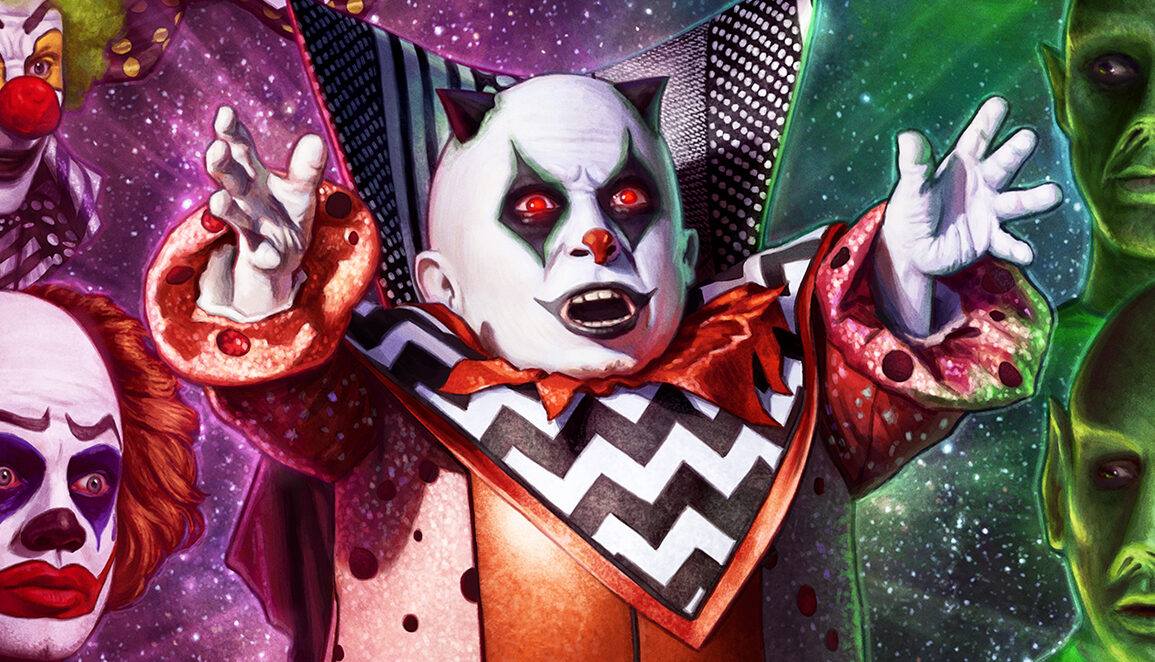 I’ll definitely listen to Aliens, Clowns & Geeks again, and there are some tracks here that measure up to some of Elfman’s best quirky compositions.

I recently watched Richard Elfman’s wildly out of control cult comedy Aliens, Clowns & Geeks, which is about an out-of-work actor Eddy Pine (Bodhi Elfman) who takes a dump and out plops an obelisk. This object is a precious artifact meant to stop an alien race and a group of killer clowns from space from destroying Earth. That in itself should be enough of a description of the kind of movie this is, and indeed the movie delivers on such a premise. It’s nutballs wackadoodle, but I really enjoy Elfman’s first film The Forbidden Zone, which is a one-of-a-kind cult film from 1980. That was Richard and Danny Elfman’s inventive midnight movie that I like to drag out every year during Halloween parties. It contains Danny’s first score for a film, and it’s pretty much the first time he and his band “The Mystic Knights of the Oingo Boingo” were involved with a movie. It has a lot of signature sounds from Danny and his rock band, with some original songs too, and so I am happy to report that after all these years Danny and Richard have teamed up again for a new project.

If you remember, Richard and Danny teamed up in the ’90s to work on a Full Moon movie called Shrunken Heads (Danny composed the main title for that while Richard directed the film), but with Aliens, Clowns & Geeks the project is much more fleshed out of a collaboration. Danny, along with co-composer Ego Plum (The Ghastly Love of Johnny X, which I saw in a theater a long time ago), have crafted a very lively collection of tunes showcasing a wide array of musical styles, but many of the tracks are distinctly done in Danny / Oingo Boingo’s style, particularly from the early ’80s. If you’re a fan of The Forbidden Zone, Pee Wee’s Big Adventure, or some of the early Boingo albums (and some of Mars Attacks too), then fans of those jams will get a real kick out of this. It’s got the wacky, energetic rhythms, beats, and percussion of the Elfman brand, but Ego Plum also gets a lot of track time and space to do his own thing, adding weird bluegrass, songs, and wacky mambo rumbas too.

This is a full-bodied score that lasts over an hour, and I very much enjoyed it a whole heck of a lot more than Danny Elfman’s terrible recent solo album, which I vowed never to listen to again. I’ll definitely listen to Aliens, Clowns & Geeks again, and there are some tracks here that measure up to some of Elfman’s best quirky compositions. While the film may have been a big misfire, I loved the soundtrack, and I’d recommend it in a heartbeat to fans of Elfman’s, fans of Boingo, and to fans of The Forbidden Zone, but there’s obvious crossover appeal here for other spectrums as well.

Available to purchase from Amazon or from www.MVDaudio.com 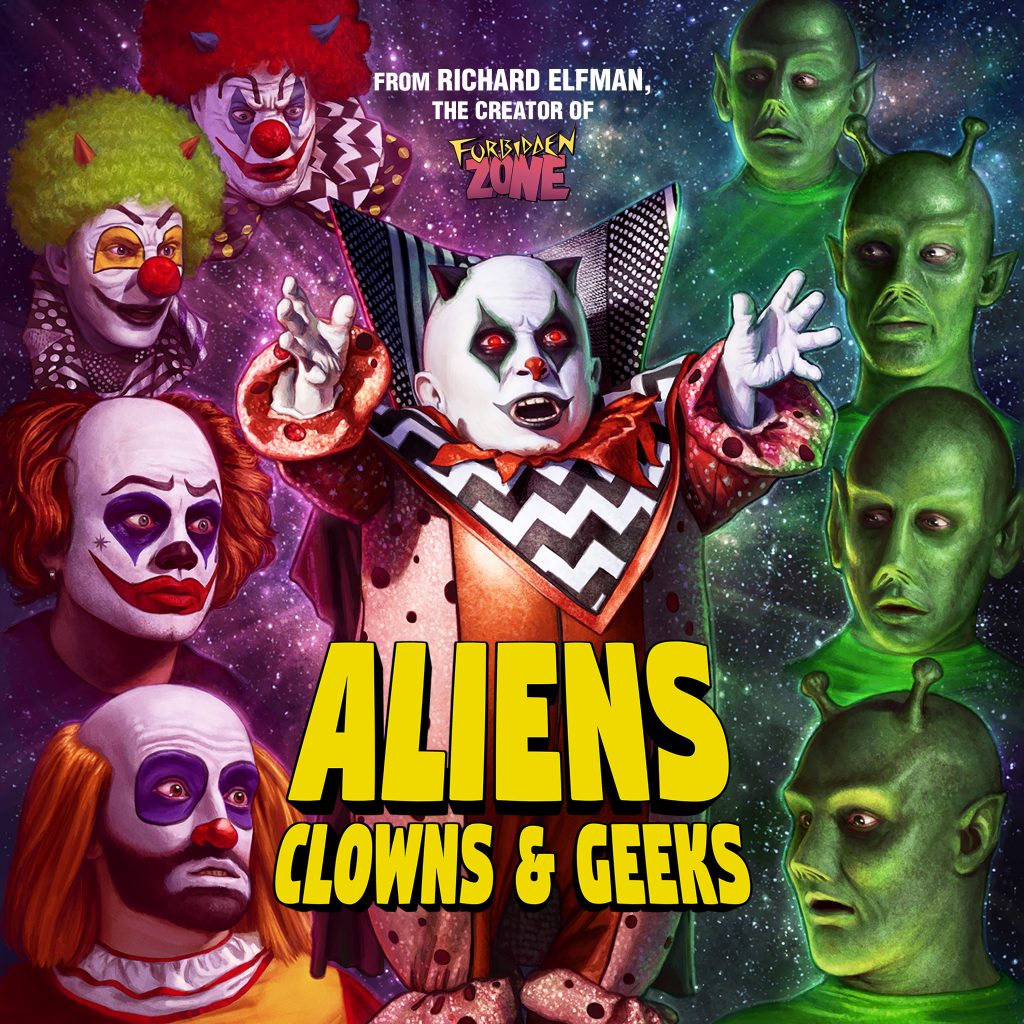