Before there was K2, Cliffhanger, and Vertical Limit, there was The Eiger Sanction, which emulates the spy thrillers of its day like the 007 movies of the era.

A retired assassin is coaxed out of retirement with a huge payday and a government “get out of tax and jail free card.” But his mission is almost impossible: He has to find his target at the peak of the Eiger Mountain in the Swiss Alps, and the only way up is to climb it.

Retired hitman for the government Jonathan Hemlock (Clint Eastwood, who miscasts himself in the lead role of a film he directs) is cornered by his old superior Dragon, a creepy albino (played by Thayer David), and is forced to deliver two “sanctions” (kills) before he can fully call it quits. Hemlock demands an exorbitant amount of money for the kills, but he also requires complete immunity for the priceless pieces of art he has stolen and / or collected over the years. The first kill is a cinch for him, but his second and final mission is virtually impossible: He must go to Switzerland and join a small, elite climbing team that will be climbing the Eiger Mountain, an insurmountable peak that Hemlock himself has failed to climb twice. His mark will be on the team, but he doesn’t know who it will be, and to get himself in shape he spends some time with his old buddy Ben Bowman (George Kennedy), a climbing instructor. After a grueling training period, Hemlock goes to Switzerland, meets the climbing team (each member is from another part of the world), and they begin their arduous trek up the Eiger. The trick isn’t just figuring out who his target is, but trying to survive the climb while he does it.

Before there was K2, Cliffhanger, and Vertical Limit, there was The Eiger Sanction, which emulates the spy thrillers of its day like the 007 movies of the era. It’s overlong at 129 minutes, lags in between the spectacle and suspense, and Eastwood, while a solid inimitable American movie star, doesn’t really fit in the role he’s in here, and his directing is languid and lazy most of the time. With non-PC subplots and dialogue (which I have no issue with), sex, nudity, and some fun fisticuffs, this movie might play well to the right audience today, but I think it will likely be seen as grossly outdated to most in today’s touchy and apologetic-heavy market. Some of the photography is intentionally dark and murky, and even shaky-cam style, which is interesting seen in today’s shaky-cam and moody approach. The finale on the peak is well choreographed and shot, and John Williams provided the score.

Kino Lorber has just released a new Blu-ray of The Eiger Sanction, and it comes in a brand new 2K master, but like I said before, the movie is sometimes intentionally murky and dark, so the new transfer reflects that. There’s a new audio commentary by a film critic, a new interview with a co-star, an archival interview with a co-star, a vintage promotional reel, a poster and still gallery, TV spots, radio spots, and the theatrical trailer. 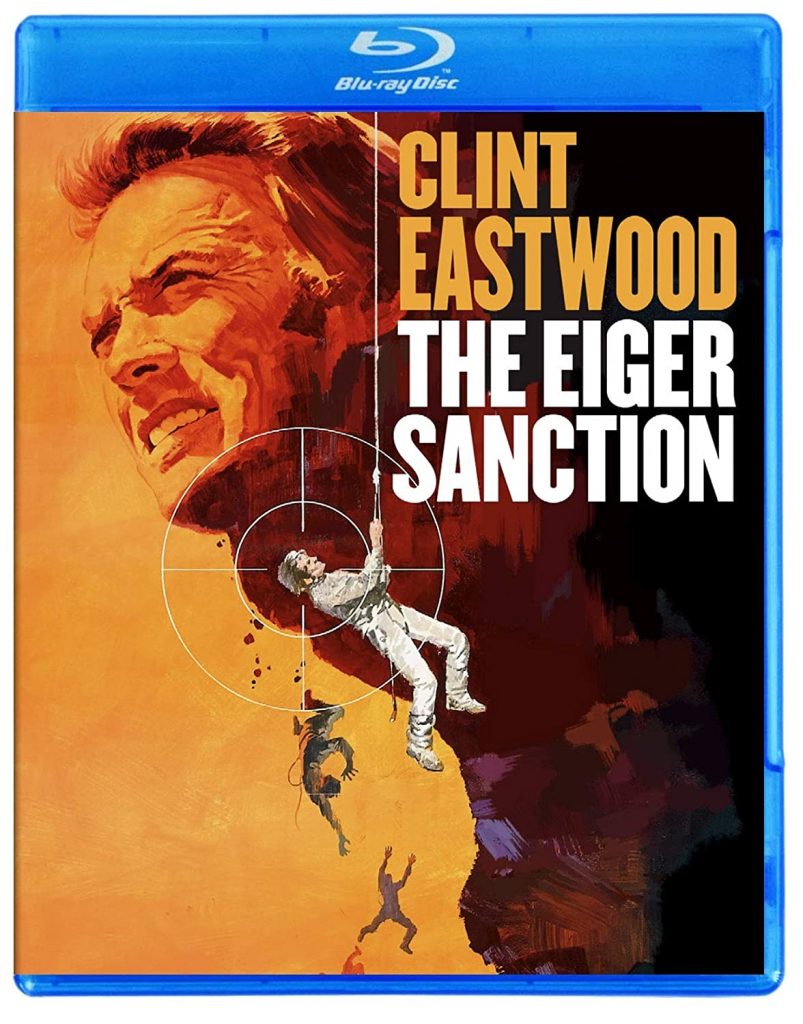