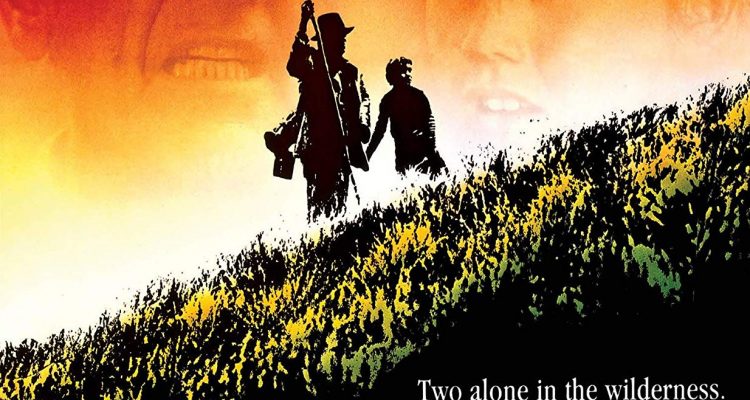 The movie has an unusual sense of urgency to it, and the two lead actors in the film convey that quite well.

Plot: Patrick Foley has been on the move all his life. Tired of drifting, he wants to spend his last days in an isolated Australian valley where he grew up. On his difficult journey he meets Shawn, a little desperate city-boy whose parents were killed in an accident in this remote inhospitable territory. Being unable to accompany the boy back to the civilized world he reluctantly takes him with him on his trip to that valley and teaches him in a rugged way how to survive …

Review: Terminally ill Patrick Foley (William Holden in his second-to-final performance) returns to his birthplace in New South Wales, Australia to go on one last adventure. After saying his goodbyes to old friends, he treks up into the wilderness where he finds a young American boy of about 10 years old, who has just witnessed his parents fall off of a cliff in a terrible accident. The boy, named Shawn (played by an affecting Ricky Schroder) is lost and in shock and is completely helpless, but Foley’s first inclination isn’t to help or assist the boy, but to shrug the kid off as an annoyance. Foley is intent on going up the mountain to die, and he doesn’t have time to help the kid find his way back to safety. But try as he might, the old man can’t shake the kid away: the boy clings to him, and over the course of some weeks, they bond despite the old codger’s efforts not to. Young Shawn might just be the last bit of humanity and love Foley will ever get to experience, and Foley is most certainly the only hope Shawn will have of surviving.

A melancholy coming of age film from director Peter Collinson, who himself was dying of cancer at age 44 as he completed this film. The movie has an unusual sense of urgency to it, and the two lead actors in the film convey that quite well. The film takes advantage of the pretty Australian scenery and wildlife and adds a sense of the strange and exotic, particularly for the time period it was shot in. On the surface, The Earthling might seem like a TV movie of the week, but there is something beautifully cinematic about it.

Kino Lorber’s new Blu-ray of this title is presented in a new 2K transfer, and includes the 97-minute theatrical cut, as well as a 99-minute international cut, plus deleted scenes and the trailer.