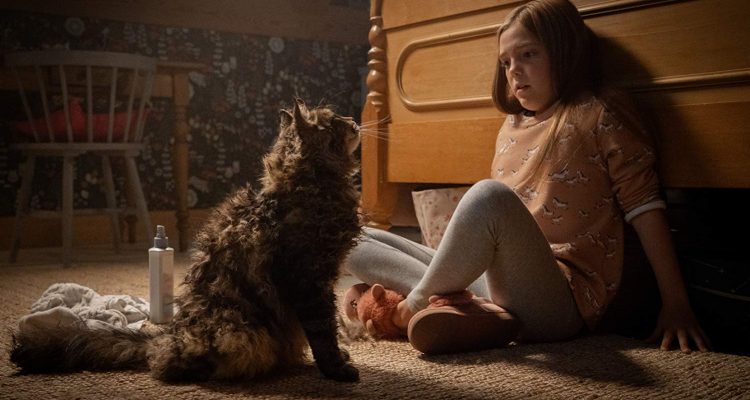 Pet Semetary isn’t all that scary but as a study in grief it is certainly worth watching with a few memorable moments.

Plot: Based on Stephen King’s novel of the same name, Pet Sematary follows the Creed family as they move into their new home just outside of Boston. Soon they discover an old burial ground near their house, triggering a terrible chain of events that ultimately end in tragic consequences.

Review: As a whole, this film was not very scary. Though this was a 1989 remake of the same name, much of the plot felt like recycled elements of horror—predictable and unexciting, with the occasional jump scare that jerks you right back to your seat. However, aside from that, Pet Sematary provides great commentary on grief and the tragic consequences of not being able to move on.

From the start, audiences already get an ominous sense the moment the Creeds relocate to their new home in rural Maine. When their daughter Ellie (Jeté Laurence) discovers an old burial ground for animals, you would think she would turn back and run home. Instead, she ventures deeper into the cemetery—eventually meeting their old neighbor Jud (John Lithgow) after injuring her leg.

Ellie’s actions essentially become the recurring theme in the film, one that the patriarch of the family, Louis (Jason Clarke), can’t seem to avoid. When tragedy hits and the Creeds lose a loved one, Louis is the one that cannot turn away, unable to move on. Instead, he delves deeper into his state of grief until it literally and figuratively becomes unnatural. Perhaps the star of the show was the family house cat, Church. The grumpy, feral furball was a constant looming presence in the movie, and to be honest, it was quite amusing and garnered more than a few laughs in the audience (whether intended or not).

While the film falls short of being a great horror movie, the overarching theme of grief really shapes the story and lets you invest just enough of your time to see the Creeds through the very end.