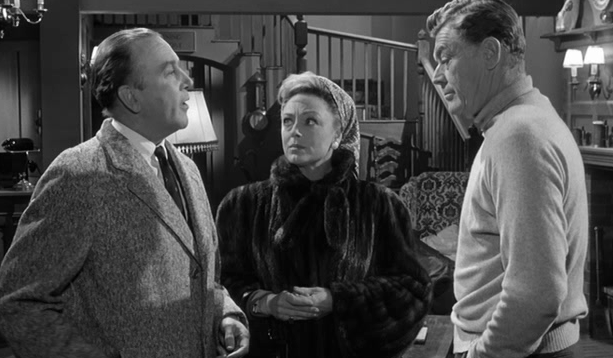 Plot: The UK is invaded by alien-controlled robots, which re-animate dead human bodies. Survivors of the invasion are besieged by the walking corpses of slain friends and neighbors…

Review: Similar in many ways to Target Earth, this begins much in the same way: after the world’s human population is wiped out by robot aliens (something about using gases), a few people wander out of their hiding places and wonder what happened and why they survived. One man, who was flying a plane at the time at a high altitude, deduces that the alien gas did not affect them because of where they were positioned in the atmosphere when the attack occurred. The few survivors (three couples) learn very quickly that the robot aliens (who look better than the aliens in Target Earth) are now on the ground, making sweeps of the towns, and when they touch you with some invisible rays, you die and later become a zombie.

At just over an hour long, there is no time for the movie to get too boring. It has a cheesy sci-fi feel to it, but the zombie angle was unexpected and surprisingly well done. Typically, the humans themselves become their own enemies, and the robots seem relatively easy to defeat. The resolution is too pat and abrupt, though, but if you like Last People on Earth movies, this one’s not bad. Directed by Terence Fisher. Made in England.

Kino Lorber is about to release The Earth Dies Screaming on Blu-ray in a new high definition transfer, and it’s a noted upgrade from the old MGM/Fox double feature disc (it was paired with Chosen Survivors, which incidentally is getting a concurrent Blu-ray upgrade from Kino) from more than a decade ago. Kino’s release comes with an audio commentary by film historian Richard Harland Smith, and a trailer gallery. If you’re looking for some fun spooky films to watch around Halloween, then look no further.