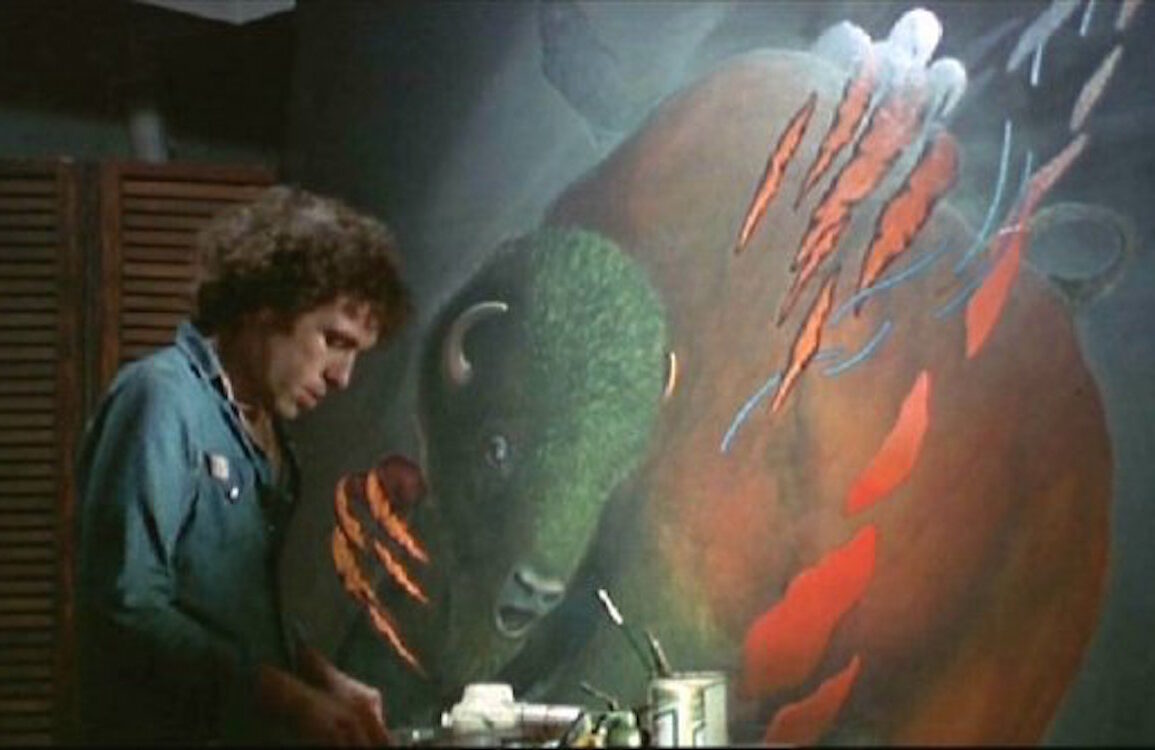 It’s understandable why The Driller Killer has become a slasher classic however, the constant griminess is quite off-putting.

Plot: An artist slowly goes insane while struggling to pay his bills, work on his paintings, and care for his two female roommates, which leads him taking to the streets of New York after dark and randomly killing derelicts with a power drill.

Review: A thoroughly unlikable sleazebag artist (played by the film’s director Abel Ferrara) living in an expensive apartment in the middle of a hobo-infested ‘burg in New York is working on a piece of artwork that theoretically could help him catch up on his delinquent rent and bills, but the guy just doesn’t care about the material world anymore. His girlfriend and roommate are hanging on, hoping he’ll deliver his work to help them get by, but day by day he’s losing his grip on reality and gradually plunges into an abyss of murder lust. He buys a cordless hand drill and stalks the streets and back alleys, looking to plunge the drill into the skulls or flesh of drunken winos or innocent civilians who had no idea they were going to be slaughtered by a deranged psycho when they woke up that morning.

Ferrara’s grungy grindhouse feature The Driller Killer has somehow endured as a slasher classic, and I can see its appeal as it has an undeniably authentic sense of time and place, but Ferrara himself – who has a lot of spiritual and religious baggage he carries on his own soul – is radically different than the sort of psycho we’re used to seeing in grindhouse films. He’s not like William Lustig’s Maniac, or even the bald beast from Don’t Answer the Phone, but something else entirely. He’s not a masked killer, but a guy in plain sight, losing his mind and becoming a relentless and indiscriminate killer, and while that might be interesting to some viewers, I found him to be a character I didn’t want to follow. The gore quotient is high (and impressive) in The Driller Killer, but after you watch it, you’ll feel like taking a shower.

Arrow Video has recently delivered a really excellent package of The Driller Killer. The film has been on my radar for decades, but I’d never seen it before, so if you’re in my class then there’s no better place to make your introduction to the film than here. Arrow has included two versions of the film: The theatrical release, and an early, slightly longer cut, but I watched the theatrical version. The picture quality looked great for such a grimy movie (it’s even slimier than CHUD), and other features include a plethora of docs, interviews, and a feature-length doc called Mulberry Street from Ferrara. The sleeve is reversible with the original artwork, as well as newly commissioned artwork. The case has an informative set of essays on the film as well.