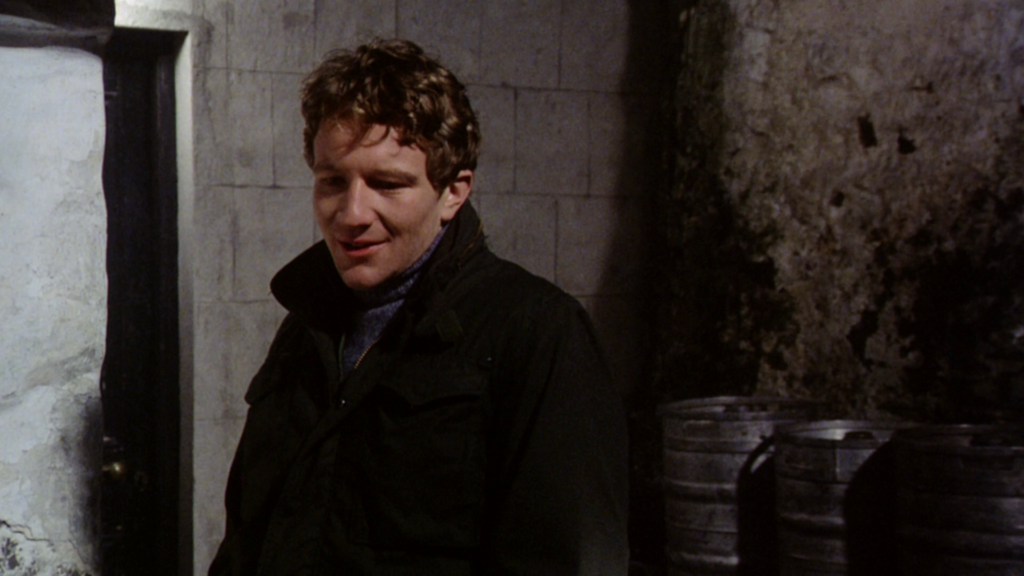 The Outside is quite an obscure movie that’s worth checking out due to its excellent performances and drama.

Plot: A young American man joins the IRA in Ireland but soon finds out that he is being used for political purposes and propaganda.

Review: After fighting in Vietnam – a war he did not believe in – young American Michael Flaherty (Craig Wasson) decides to connect with his Irish heritage by travelling to Ireland and joining the Irish Republican Army (IRA), which has a cause he understands. His eagerness and willingness to put himself in harm’s way and to sacrifice even his own life for the cause is very attractive to the top guys of the IRA, and they put him in the front lines in Belfast and hope he’ll be killed to draw attention to the cause from the world media (because he’s an American). When Michael proves himself to be formidable and a valuable asset (and pretty resilient too), he’s targeted for assassination by the IRA, but he survives the attempt and realizes that he’s been a pawn all along. He escapes Ireland with his life, travels back to America and finds out that his grandfather – an Irishman he’s always looked up to – has been lying to him since he was a child, and Michael’s place in the world is thrown into chaos, as he comes to understand that every cause he’s believed in or taken part in has deceived and used him.

A striking drama with some suspenseful action interwoven throughout, The Outsider is a depressing study of a man who doesn’t belong where he most desires to be accepted. Wasson delivers an excellent performance, and writer/director Tony Luraschi (who never made another film) hits the audience hard with vivid realism and down-to-earth politics that prove devastating to those involved in them. This movie is pretty obscure, but it’s recently been released to Blu-ray and DVD from Olive Films, which presents the film in beautiful widescreen high definition. It’s worth discovering.