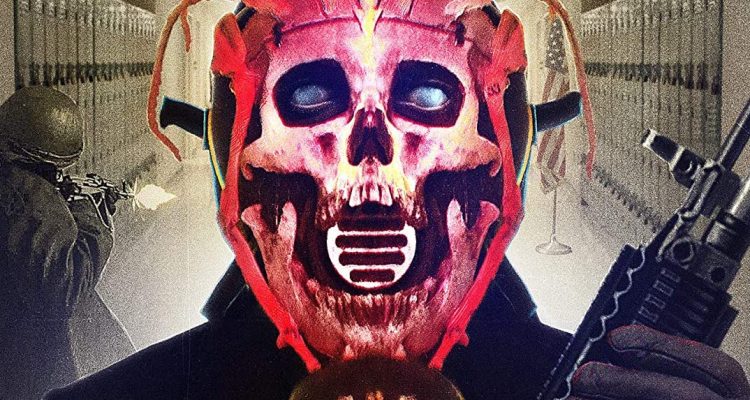 There will be some who watch this film and get into its dark, gritty vibe, but there will be other like myself who found it distasteful, spiritless, and unrelentingly unnecessary.

Four high school kids return to their school, where there was a recent school shooting. Their job is to fulfill their detention by cleaning up the aftermath, but four other people in masks are coming to get them …

A horrific school shooting and murder spree has left a Baltimore high school in ruins, and it will forever stain the history of the town and the school. Four active masked killers systematically slaughtered (with high powered rifles and machetes) a whole bunch of students and staff, and recorded the incident with cameras. Some time later, four troubled kids are forced to have detention at their closed school (which seems cruel and unusual, but never mind), and they’re asked to mop up and clean the aftermath of their school. Each of these four kids has a troubled history: One of them was the subject of a terrible prank by other kids, another girl is a cutter, another is a bully, and the third girl has some complicated psychological issues. As the four kids (their chaperone disappears in the cavernous hallways) separate and procrastinate on their cleaning duties, they’re haunted by ghostly, hellish specters lurking in the air ducts, but what’s even worse is that four masked assailants – the very killers who murdered their classmates – break into the school and lock it down with chains so that no one can get out. The masked people play a horrific game with the four kids, leading to some (not so surprising) revelations about what’s actually going on.

Grisly and just simply awful subject matter aside, The Dead Ones is a disjointedly written riff on purgatory for those who’ve done unforgivable deeds. If anyone is surprised by the so-called surprise ending, then I don’t know what to say. There are clues everywhere, right from the beginning of the movie, and writer / director Jeremy Kasten, who did the equally inane remake of The Wizard of Gore with Crispin Glover, still hasn’t learned his craft as a filmmaker, even after years of making movies. His style is to continue to experiment with the visual medium (i.e. lots of avid farting and disorienting stuff all the time), and his actors mumble and mutter their lines, and sometimes I had no idea what characters were saying or talking about. It’s confusing, but also incredibly obvious at the same time. There are some awful scenes during the massacre (a small child and a dwarf actor are featured in a few scenes of slaughter), and using this material as the backdrop for a grungy little horror film that is never scary is just the pits. There will be some who watch this film and get into its dark, gritty vibe, but there will be other like myself who found it distasteful, spiritless, and unrelentingly unnecessary.

Artsploitation Films has just released The Dead Ones on Blu-ray, and it comes with two audio commentaries, and two short featurettes. 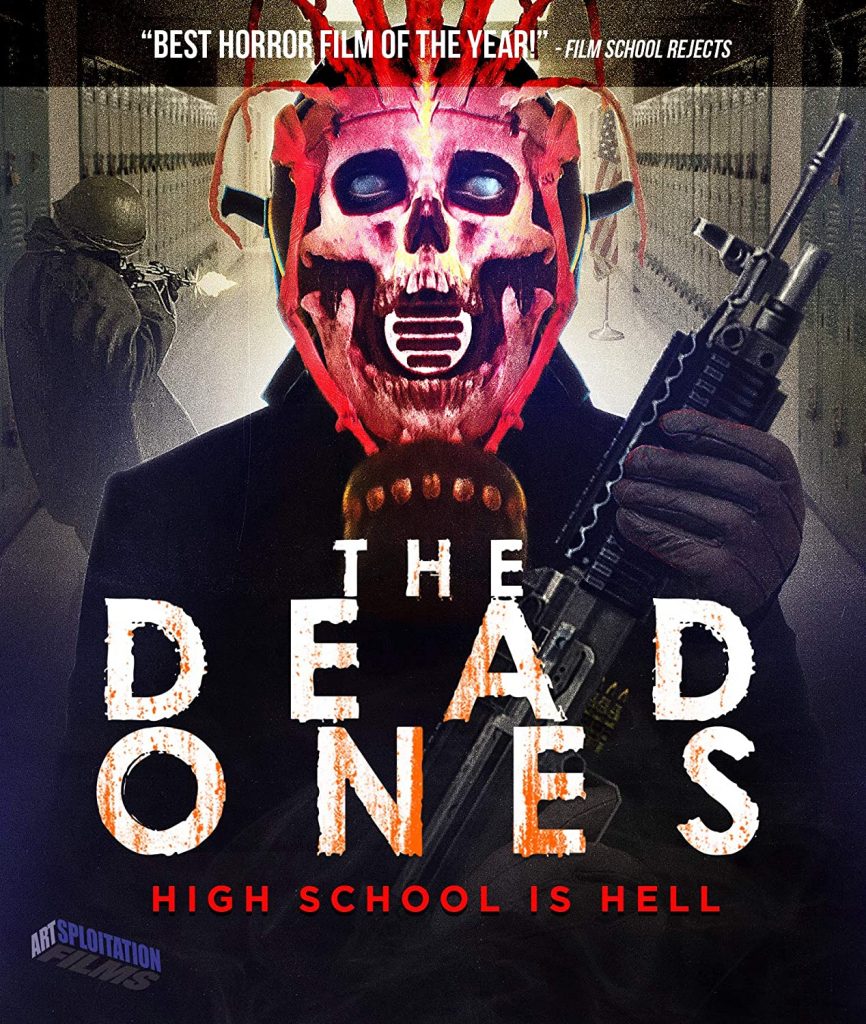