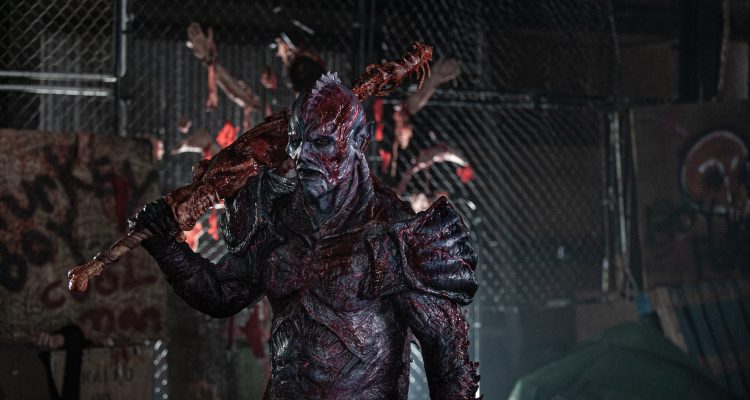 Beyond Fest announces the first physical genre festival of the year with week-long drive-in residence including world premieres of Christopher Landon’s from Blumhouse FREAKY, Adam Egypt Mortimer’s ARCHENEMY, and Jim Cummings’ THE WOLF OF SNOW HOLLOW.

Los Angeles, CA – Friday, September 18th, 2020 – Beyond Fest, the highest-attended genre film festival in the US, is excited to announce its complete slate of 2020 programming comprising of seven nights of double-bill features including three world premieres, one North American Premiere, and two US premieres of unadulterated cinematic excess. Following a sold-out Summer residence with the American Cinematheque at the Mission Tiki Drive-In, Beyond Fest returns to the socially-distanced safety of the drive-in Friday, October 2nd – Thursday, October 8th to generate funds for the 501c3 non-profit film institution.

With a diverse slate celebrating all corners of genre cinema, Beyond Fest is proud to open with a double-barreled-double-bill curated by director Jim Cummings including the World Premiere of his electric werewolf tale, THE WOLF OF SNOW HOLLOW, paired with Joe Dante’s classic, THE BURBS. Closing night honors are bestowed upon Blumhouse and Beyond Fest alumni Christopher Landon for the World Premiere of their gloriously outrageous body-swap-slasher FREAKY, billed with a special rep screening of TUCKER & DALE VS. EVIL selected by the director himself.

Festival alumni are celebrated as agitator-extraordinaire Adam Egypt Mortimer returns to conquer Beyond Fest with the World Premiere of his newest Spectrevision mindmelt, ARCHENEMY, Steven Kostanski blasts his OTT midnight vibes with the North American Premiere of PSYCHO GOREMAN, and Bryan Bertino brings the terror, unleashing THE DARK AND THE WICKED for its US theatrical bow.

“We covet the theatrical experience above all and following the overwhelming success of our drive-in program we never hesitated in keeping Beyond Fest a physical experience” said Beyond Fest Co-Founder, Christian Parkes. “We specifically wanted to give COVID-19 a resilient middle finger and provide a safe, communal respite for filmmakers and film fans to celebrate the best genre cinema on the biggest screens possible.”

A timely dissolution of the American Dream is given center stage as the Maestro David Lynch is saluted with a triple bill consisting of three of his finest features: BLUE VELVET, LOST HIGHWAY, and MULHOLLAND DRIVE.

“In a year that has seen the world turn upside-down, it’s good to see some things never change” Head Programmer Evrim Ersoy added. “Beyond Fest stands tall with an eclectic slate of programming that will challenge audiences and transform the drive-in experience into something never before done.”

Finally, Beyond Fest celebrates Brandon Cronenberg with a special pre-festival event featuring the West Coast Premiere of his stunning body-horror, POSSESSOR UNCUT, paired with John Frakenheimer’s sci-fi classic SECONDS as picked by Brandon himself. This special warm-up event is scheduled the week before the festival opens on Thursday September 24th, 2020.

See below for the full lineup of newly announced feature film titles for Beyond Fest 2020. Tickets will be on sale via Eventbrite on September 18th at 9 AM PST. Visit BeyondFest.com and the American Cinematheque for details.

THE WOLF OF SNOW HOLLOW

THE DARK AND THE WICKED

Tickets will be on sale via Eventbrite on September 17th at 10 AM PST. Visit BeyondFest.com and the American Cinematheque for details.

We are now accepting press credential applications for Beyond Fest 2020. To apply, please send your name and outlet as well as a letter of assignment from your editor or a business card to Katrina Wan at katrina@katrinawanpr.com for consideration. Please note all applications are subject to approval.

Established in 1981, the American Cinematheque is a 501C3 non-profit viewer-supported film exhibition and cultural organization dedicated to the celebration of the Moving Picture in all of its forms. The American Cinematheque renovated and reopened (on Dec. 4, 1998) the historic 1922 Hollywood Egyptian Theatre. This includes a state-of-the-art 616-seat theatre housed within Sid Grauman’s first grand movie palace on Hollywood Boulevard. The exotic courtyard is fully restored to its 1922 grandeur. The Egyptian was the home of the very first Hollywood movie premiere in 1922. In January 2005 the American Cinematheque expanded its programming to the 1940 Aero Theatre on Montana Avenue in Santa Monica.

Founded in 2011 by music industry veteran Spencer Hickman, Death Waltz Recording Co. have been at the forefront of the vinyl soundtrack resurgence. Working with directors & composers such as David Lynch, Richard Kelly, John Carpenter, Fabio Frizzi & Steve Moore to produce definitive versions of classic soundtracks to films both old and new. Recently venturing into both digital and CD territory DWRC remain the leading lights of the soundtrack scene. In 2015 DWRC joined Mondo Tees and Hickman now runs both The Mondo Music Label and DWRC. 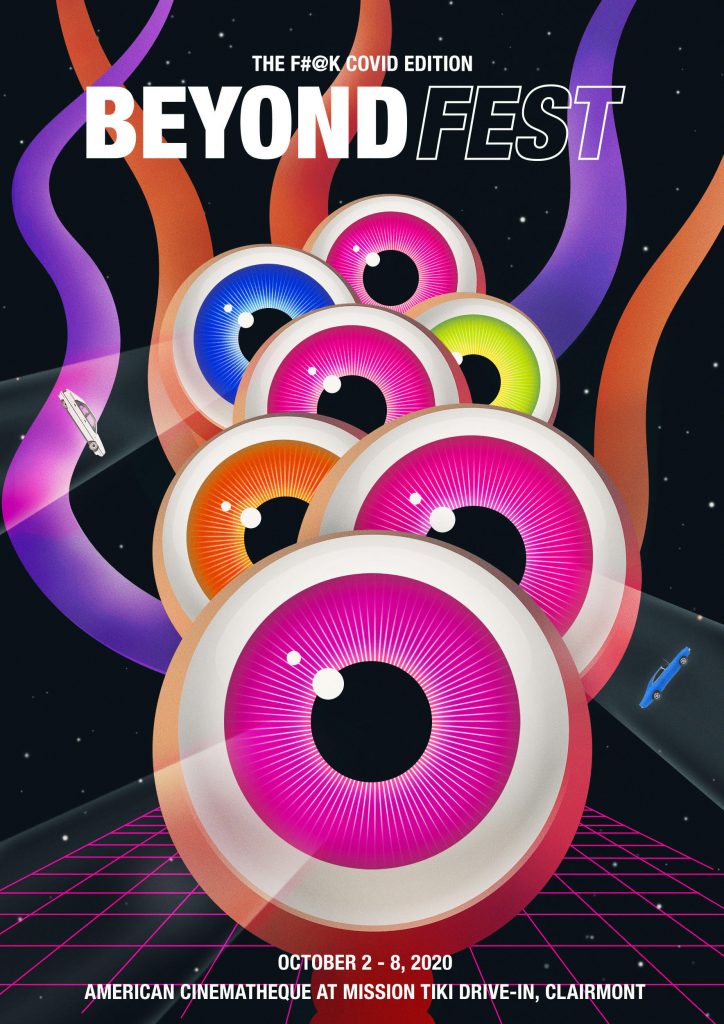