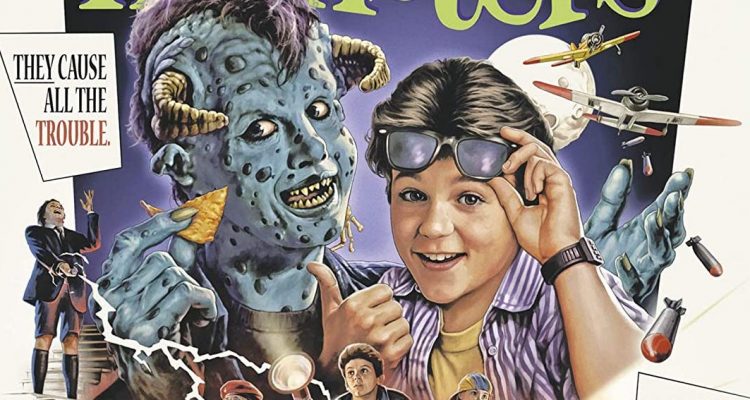 An uneven mixture of kid problems and weird fantasy elements in the vein of Beetlejuice, Little Monsters could’ve worked like gangbusters if it weren’t so murky and clunky, thanks to weird, ugly warehouse sets and a half-assed performance by co-star Mandell, who should have knocked it out of the park.

A kid finds a monster living under his bed, where a whole world of monsters awaits.

Brian (Fred Savage) and his little brother Eric (Ben Savage) are going through a difficult time at their new home: Their parents (played by Daniel Stern and Magaret Whitton) are about to get a divorce, and as kids, they sort of retreat into their bedrooms, hoping to escape their reality. One night, Eric swears he sees a monster under his bed, and so Brian takes the lead, and sets a trap for the monster, and catches it in the act of making mischief in his room. The monster is a weird looking demon creature named Maurice (played by Howie Mandel in a weak Michael Keaton as Beetlejuice impression), and he’s friendly and playful, and not feeling threatened by the monster, Brian allows the creature to sort of indoctrinate him on the ways of mischief. He follows Maurice into the underworld where monsters live (they’re mostly all child-sized creatures), and seeing that the underworld is a great place to hang out and have fun (like Neverland where there are no rules to obey or parents to enforce them), Brian gradually begins changing … into a monster. When he gets wise to the master plan of Maurice trying to trick him (on the order of the ruler of the underworld, a sinister figure named “Boy,” played by creepy Frank Whaley), the monsters kidnap his brother Eric and force Brian back down for a confrontation, but instead of going alone to save his brother, he takes backup. Armed with strong flashlights (the monsters hate the light), his best friend (a girl in his class), his brother’s little buddy, and the school bully (played by the bully brother from Home Alone), Brian will have to fight the little monsters and still try to keep Maurice as a friend somehow.

An uneven mixture of kid problems and weird fantasy elements in the vein of Beetlejuice, Little Monsters could’ve worked like gangbusters if it weren’t so murky and clunky, thanks to weird, ugly warehouse sets and a half-assed performance by co-star Mandell, who should have knocked it out of the park. Mandell has full prosthetic make-up on, and sports a bizarre Mohawk and punk earrings, but he plays it way too safe. Savage is pretty good in a part he is perfect for, but there’s an odd, ugly darkness that keeps the movie from soaring the way it should like, say, The Gate does. It’s a very uneven movie, and while because I didn’t see it when I was a kid I may have missed out on the nostalgia of it, I still can’t quite see what makes it so special to a lot of people who hold it in high regard. Written by Terry Rossio and Ted Elliot, who would find big success with Shrek and the Pirates of the Caribbean movies, and directed by special effects guy Richard Allen Greenberg, who didn’t really direct much after this.

Lionsgate has finally released new entries in their Vestron Video Collector’s Series, and while it’s been two long years since the wait, I’m happy to say that they gave Little Monsters a lot of attention. The film looks great in widescreen (the MGM DVD was full screen, so thank you!), and it comes with a ton of bonus features, including new interviews, new commentaries, vintage interviews, trailers, and all kinds of stuff that will keep you busy. Best of all, though, is new cover artwork that really sells the movie hard. 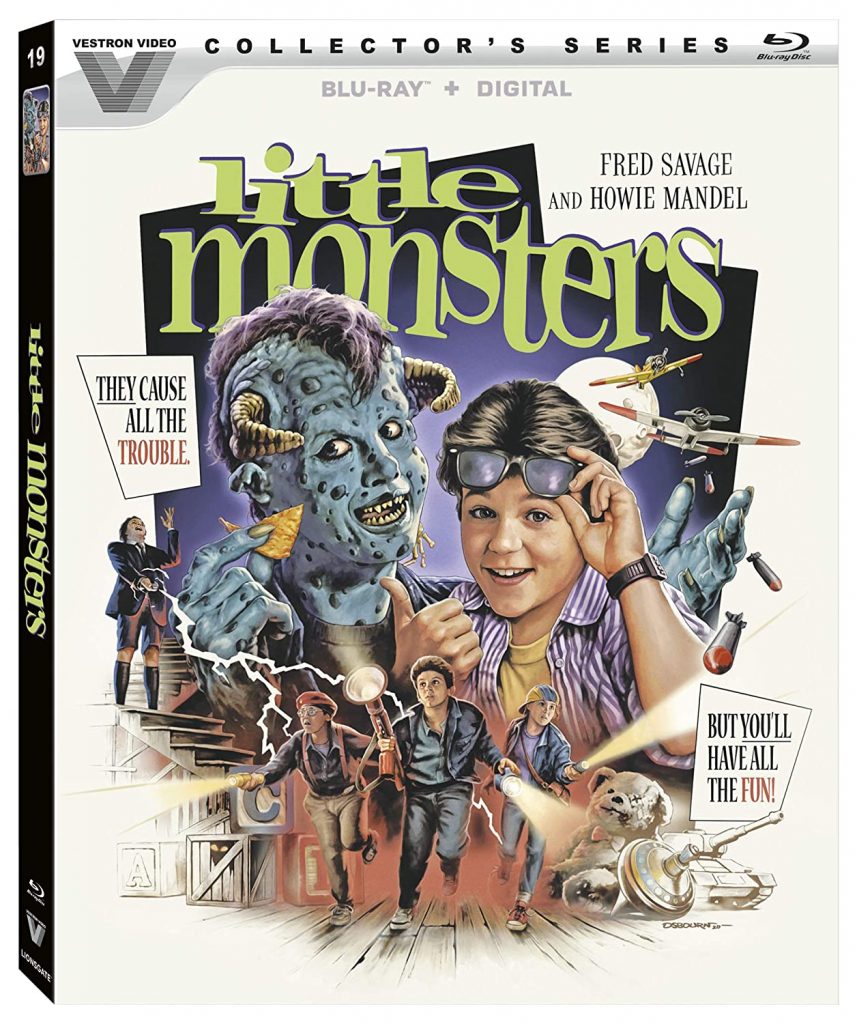