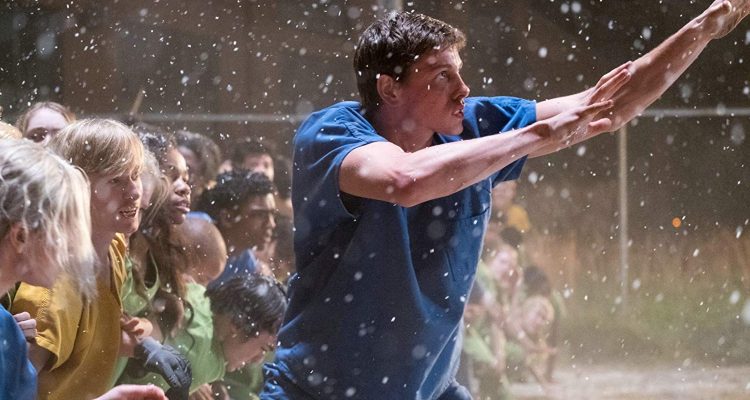 The Darkest Minds is pretty disposable and forgettable fare but book fans will find something to enjoy and the cast are amiable enough to keep things interesting.

Plot: When teens mysteriously develop powerful new abilities, they are seen as a threat by the government and sent to detainment camps. Sixteen-year-old Ruby soon escapes from her captors and joins other runaways who are seeking a safe haven. Banded together and on the run, they soon combine their collective powers to fight the adults who tried to take away their future.

Review: The Darkest Minds is an adaptation of the young adult novel of the same name and is the first part of a potential trilogy. It’s essentially X-Men meets The Hunger Games with a few other stories thrown in too.

One scene in particular was practically lifted from the first X-Men film as a group of kids try to escape a camp and one of them (Magneto?) uses his powers to bend the bars and get away.

Themes of segregation and fear of the unknown are apparent right from the start as the kids are separated by colour and put into groups of people like them.

It all feels very familiar with very little that’s original however, it is passable entertainment for a Saturday night due to its amiable cast.

Amandla Stenberg is our lead Ruby and is immediately appealing as she is thrown into this dystopian nightmare separated from her family. She has some nice chemistry with Liam (Harris Dickinson) who rescues her along with his friends Chubs and Zu.

Chubs is a little annoying at first but as the story progresses he becomes one of the best characters with a pure heart. Mandy Moore has a role as a potential ally to Ruby which will likely be explored more in the second movie (if it ever happens).

Gwendoline Christie (Phasma from Star Wars) plays a tracker out to pick up any stray kids who escape the camps but is practically the same character as Phasma and is wasted in a small and pointless role… like Star Wars actually.

Like The Hunger Games there is a slightly disturbing fascination with being cruel towards children/teens which made me feel a little uncomfortable at times especially during the opening 15 minutes. It starts off very intense then once Ruby escapes the camp it goes into generic territory with very little you’ll remember.

It really drags in the middle section too with not much in the way of action or thrills; only towards the end does the pacing pick up.

Overall, The Darkest Minds is as generic as movies come ticking the boxes for a modern YA adaptation. Fans of the books will likely enjoy it and the cast are certainly likable but it doesn’t do enough that’s remarkable to be remotely memorable. I don’t see it making much of a splash at the box office this weekend so maybe wait to watch it on Netflix.