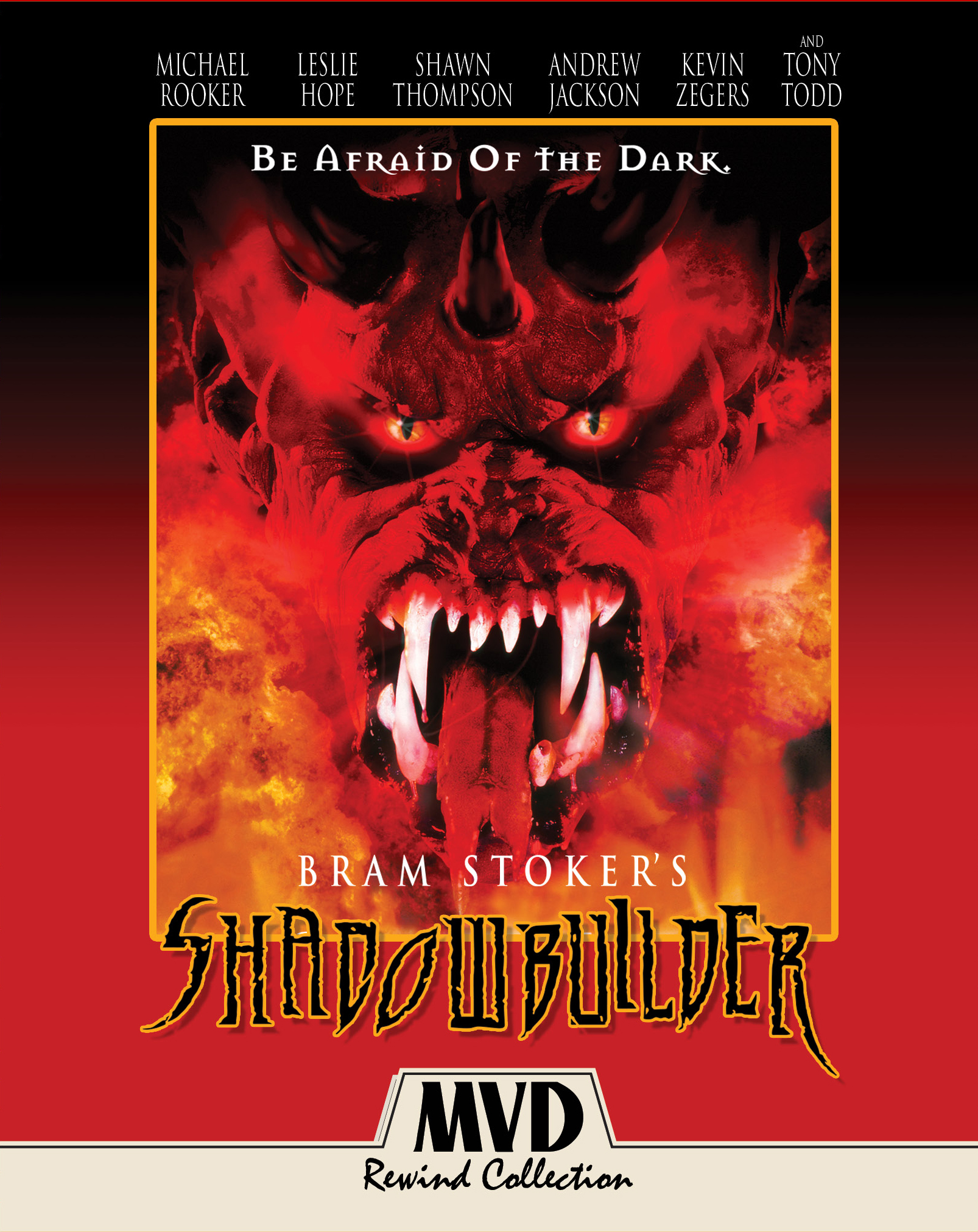 A perfectly palatable straight-to-video gem from the height of the early DVD boom of the late ’90s, Shadowbuilder is one of those sparkling jewels that more or less remains undiscovered by the masses.

Plot: A demon is summoned to take the soul of a young boy, who has the potential to become a saint. By doing this, he will open a doorway to Hell, and destroy the world.

Review: Cultists intent on bringing hell to earth conjure a demon from the infernal pits and offer up a sacrifice: A saintly pre-teen boy living in a small town. The demon – a “shadowbuilder” spirit that collects souls and bodies to build his own to embody – seeks the child, but to the boy’s rescue – and the entire town – is a tough, ordained soldier for the church, Father Vassey (Michael Rooker in his prime), who won’t let the demon have what he wants. As the demon possesses the entire town’s population to create anarchy in the streets, Vassey and the town’s local sheriff team up to keep the child safe and go to war with the devil’s minion.

A perfectly palatable straight-to-video gem from the height of the early DVD boom of the late ’90s, Shadowbuilder is one of those sparkling jewels that more or less remains undiscovered by the masses. With its late-nite aura and creepy atmosphere with spooky chills and an action-packed attitude, it totally delivers for both fans of horror films and action movies. Rooker is great in a solid role he was perfect for. In many ways, this movie mirrors John Carpenter’s Vampires. Director Jamie Dixon made his directorial debut here, and he only directed one other film afterwards. He came from the special effects field, so this film looks great on that front.

MVD Rewind has resurrected this underdog and released it onto Blu-ray in a great looking, grainy high definition transfer. I’m so happy that MVD Rewind is releasing some titles from Imperial Entertainment. We’re going to be seeing some great stuff coming out of this line soon. Special features include an audio commentary by the director, and several behind-the-scenes videos. I can finally retire my DVD.