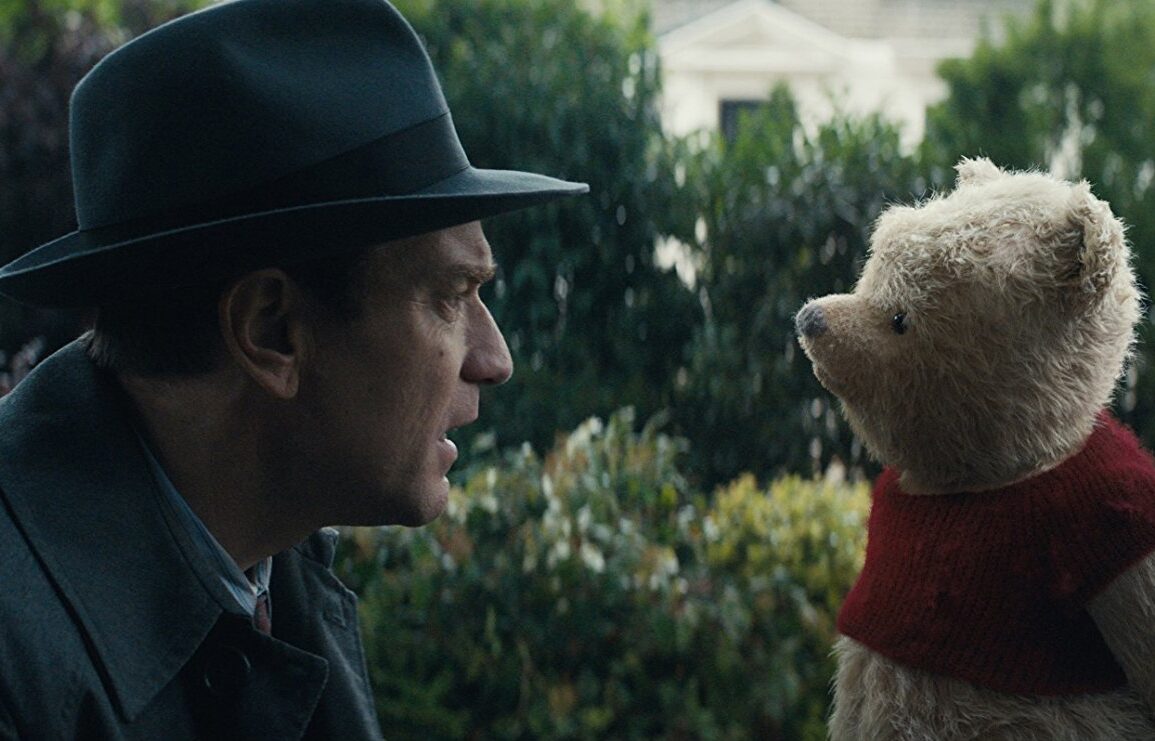 Christopher Robin is one of the best family pictures of the year which should have something that appeals to everyone. The cast are at the top of their game, the script is funny and cute leaving you with a warm glow by the end.

Plot: A working-class family man, Christopher Robin, encounters his childhood friend Winnie-the-Pooh, who helps him to rediscover the joys of life.

Review: From the trailers I got the impression that Christopher Robin looked thematically similar to Steven Spielberg’s Hook – a beloved children’s hero grows up and pretty much forgets who he once was and it takes a series of events to remember what once made him so special.

As much as I always enjoyed Hook however, Christopher Robin is the better film and is surprisingly moving for adults who fondly remember lost childhoods but fun for the kids as they go on a new adventure with Winnie the Pooh and Co.

Christopher Robin has a lot of heart and Ewan MacGregor gives one of his better performances to date as our likeable protagonist who has to reunite with his old childhood friends to rediscover his heart and sense of adventure. It really touches on the whole idea that as an adult work takes over and can become all-consuming which is very true especially in this day and age where we are always connected to our various devices.

Hayley Atwell plays Robin’s long suffering wife who doesn’t get to do much other than tell Christopher what he’s missing out on with his daughter who wants only for her father to play with her but he is always too busy with work.

The voicework from the cast playing Pooh, Piglet and the gang are all spot on and it’s funny watching them as an adult you see a different side to it like how each character is about the human condition: Eeyore is depression, Piglet is anxiety and stress, Tigger is ADD and Pooh is wisdom (or possibly an eating disorder considering the amount of honey he consumes). That may be reaching a little but that’s what I got from it.

It’s all very predictable and you know exactly how it’s going to end but it’s all about the journey and so charmingly written and endearing that it’s difficult to dislike. I found the room getting a little dusty at times and consider it one of the most heartwarming and entertaining family films of the year.

The score actually had a memorable theme tune too reminiscent of classic John Williams which was just the icing on the cake.

Overall, Christopher Robin is a delight and one of my favourite films of the year, suitable for kids of all ages.