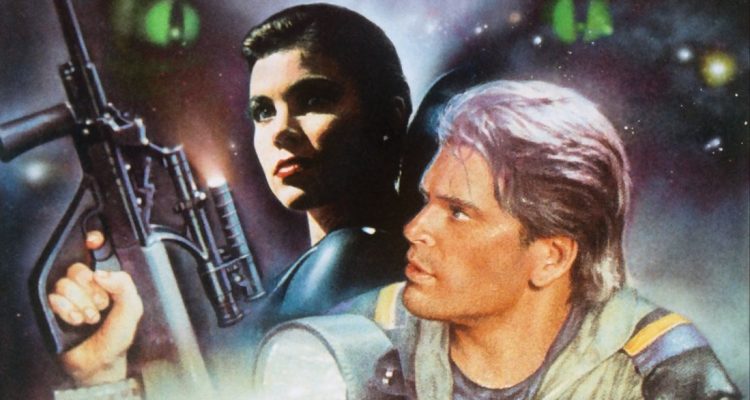 If you like creepy space horror films, here’s one that may have slipped under your radar.

Plot: It is the year 2022. A mysterious systems failure causes the crew of a spaceship to be stranded on the dark side of the moon, while rapidly running out of fuel and oxygen. They are surprised to discover a NASA space shuttle floating in space, and board it in the hope of salvaging some supplies. One by one, the crew is possessed and killed, and it is up to Paxton Warner to find the links between the dark side of the moon, the Bermuda Triangle, and the Devil himself.

Review: On a routine mission entailing repairing nuclear powered satellites, a space crew becomes sidetracked when a very old NASA space shuttle long thought lost shows up on their radar, and heading for them fast. They receive the shuttle and board it, finding that it is basically a ghost ship, aside from one freshly eviscerated crewman. To say it’s bizarre is an understatement: the crew has no idea how to react to the strange event, and in short order the corpse they have in their sickbay gets up and promptly attacks one of them and possesses them in a gruesome fashion. It becomes very clear pretty fast that the old ghost ship was host to the Beast foretold of in the Bible, in the book of Revelation, and the creature admits as much when asked what it is and what it wants. The Beast picks off the crew one by one, tricking them and possessing them until it’s down to just one of them versus the creature. When the horrifying reality of how the creature has come to this moment in time to fulfill an ancient prophecy is revealed, the grand plot congeals and comes together.

Before Event Horizon made space a hellish dominion, there was the relatively low budget, but competently made The Dark Side of the Moon, which was basically going for the same feeling of pure dread. The movie needed more horror and less chit chat, but when the creature reveals itself through each possessed character, the movie kicks it up a notch. The script was the first produced screenplay from the future writers of the two Conjuring movies, and the film’s director D.J. Webster didn’t do much in the way of features after this (he came from music videos). If you like creepy space horror films, here’s one that may have slipped under your radar.

Unearthed Classics has just released a newly restored 4K transfer of The Dark Side of the Moon on Blu-ray. This was the first time I was made aware of the movie, and it’s a nice way to watch it. The Blu-ray package comes with an insert booklet, detailing the making of the film, plus bonus features, including a new audio commentary, new interviews, trailers, and a photo gallery. 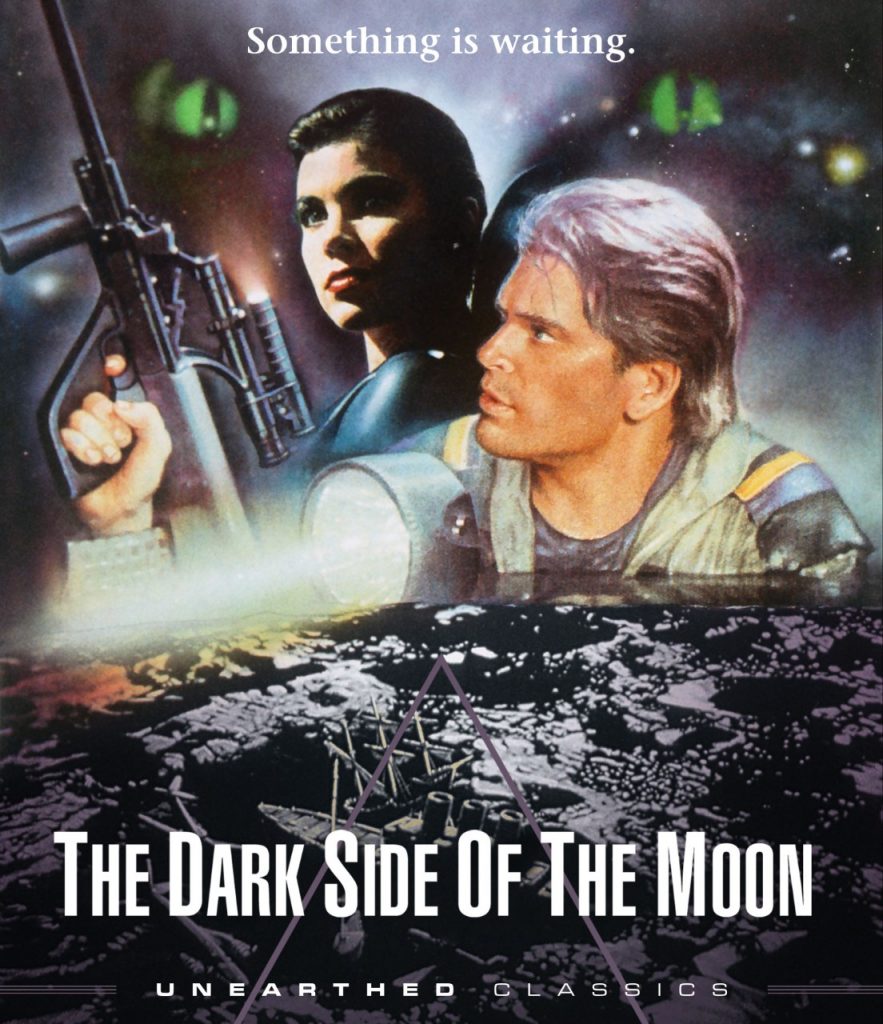