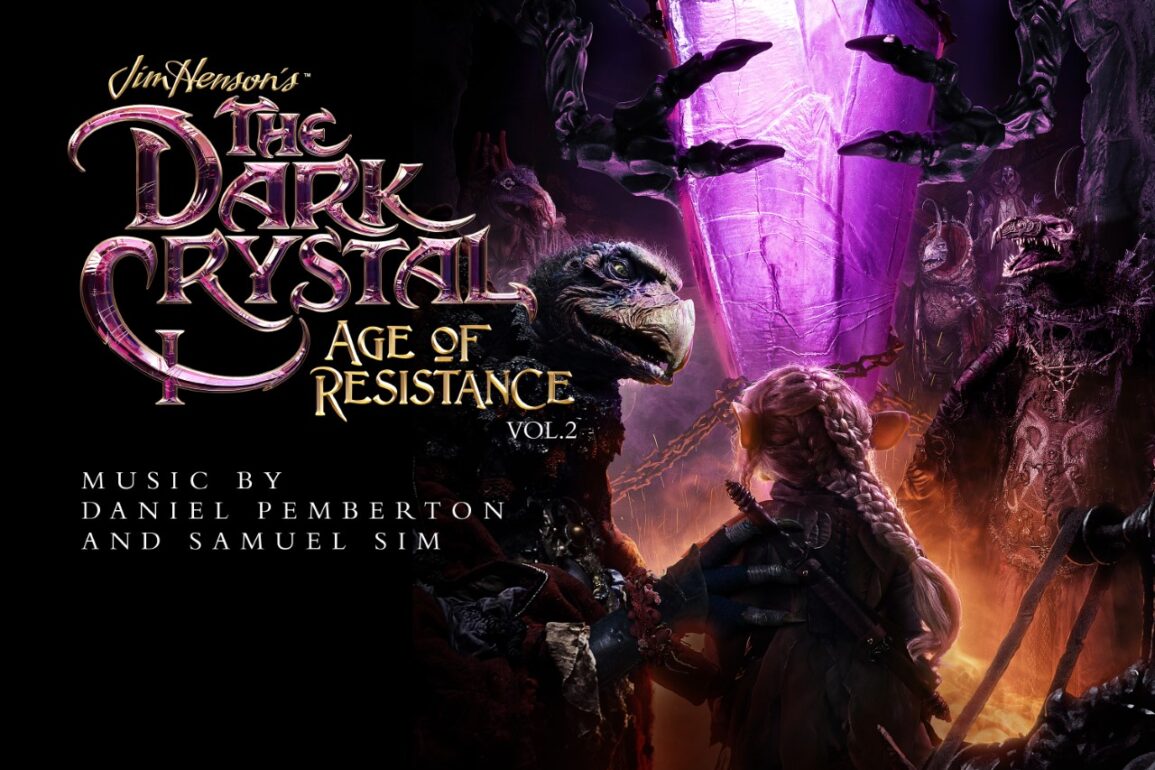 I never thought we’d get another Dark Crystal movie, let alone a 10-hour series, so this is all a gift we can enjoy, even if it doesn’t have the magic of the original.

Review: Just released in a two-volume collection, the score to Netflix’s 10-episode series of The Dark Crystal: Age of Resistance presents more than two hours’ worth of music composed by Daniel Pemberton (all of volume 1 and half of volume 2) and Samuel Sim (half of volume 2). If you’re at all familiar with 1982’s The Dark Crystal, you’ll know that it’s a seminal piece of filmmaking by Jim Henson, featuring some of the greatest film music ever composed by Trevor Jones, who had by then already composed the score to John Boorman’s Excalibur. Jones created an indelible score for The Dark Crystal, a rich and instantly memorable piece of work that has been on my CD rotation for decades ever since I got my hands on a bootleg of the soundtrack when I was a teenager. There is a great majesty to Jones’s compositions to that film that is virtually impossible to replicate, and it remains one of my top five soundtracks of all time.

Which brings us to Pemberton’s work for The Age of Resistance. Of late, I’ve been having trouble finding newer composers whose work I can fall in love with. Michael Giacchino comes to mind, although I’m still struggling to find the Giacchino touch from score to score. When I saw The Man From U.N.C.L.E. I heard Pemberton’s style almost right away. It sounded different than anything else out there. Then when he did King Arthur: Legend of the Sword I was floored by how inventive his style was, and that score was my favorite piece of film music from the last handful of years by far. When I’d heard that he was in charge of taking Trevor Jones’s mantle for a 10-episode Netflix prequel of The Dark Crystal, my heart soared because I knew he was the right guy for the job, even though I’d secretly hoped that they’d get Jones back on board.

While Pemberton had an enormous task to create a ton of music for this project, I believe he did a serviceable job, and it definitely pays homage and tips its baton to Jones, but it doesn’t have the same majesty or splendor in the notes as the feature film had. I don’t blame Pemberton for this, but instead I commend him for trying to weave as much of the major theme that Jones composed as he possibly could. What made the Jones score so wonderful is that it created texture and themes for each creature that we met. The Podlings had they’re folksy theme, the Skeksis and the Gelflings and the Mystics also had their own motifs. There was a clear music culture that Jones was grounded in that I could call to, and the fantasy element was always firmly in place. But he did it all for a movie that was just over 90 minutes. It was all contained and kept within the confines of the world Jim Henson and his team had built. Pemberton and Sim had close to ten hours to work with. The Netflix show built the entire world these creatures inhabited, while Henson only started it. Age of Resistance is the Avatar of puppet shows: it concentrated on world building, and Pemberton had a ton of stuff to work with, but the strange thing is that his music doesn’t reflect the inventiveness of his previous work that really caught my attention before. I have a feeling he was told to reign in and keep things more traditional, but I can’t know for sure.

The two CD’s that contain the score for The Dark Crystal: Age of Resistance are full to the brim and pack the space on the discs, and they both have more than enough Dark Crystal music to keep the most loyal fans invested for a long time. I never thought we’d get another Dark Crystal movie, let alone a 10-hour series, so this is all a gift we can enjoy, even if it doesn’t have the magic of the original. Pemberton and Sim delivered music that reminds us a little of the Jones masterpiece, but it also inhabits the new material quite well. It’s beautiful and enjoyable on its own terms.

Volume 1 and 2 of the score for The Dark Crystal: Age of Resistance are available on CD and digitally from Varese Sarabande. 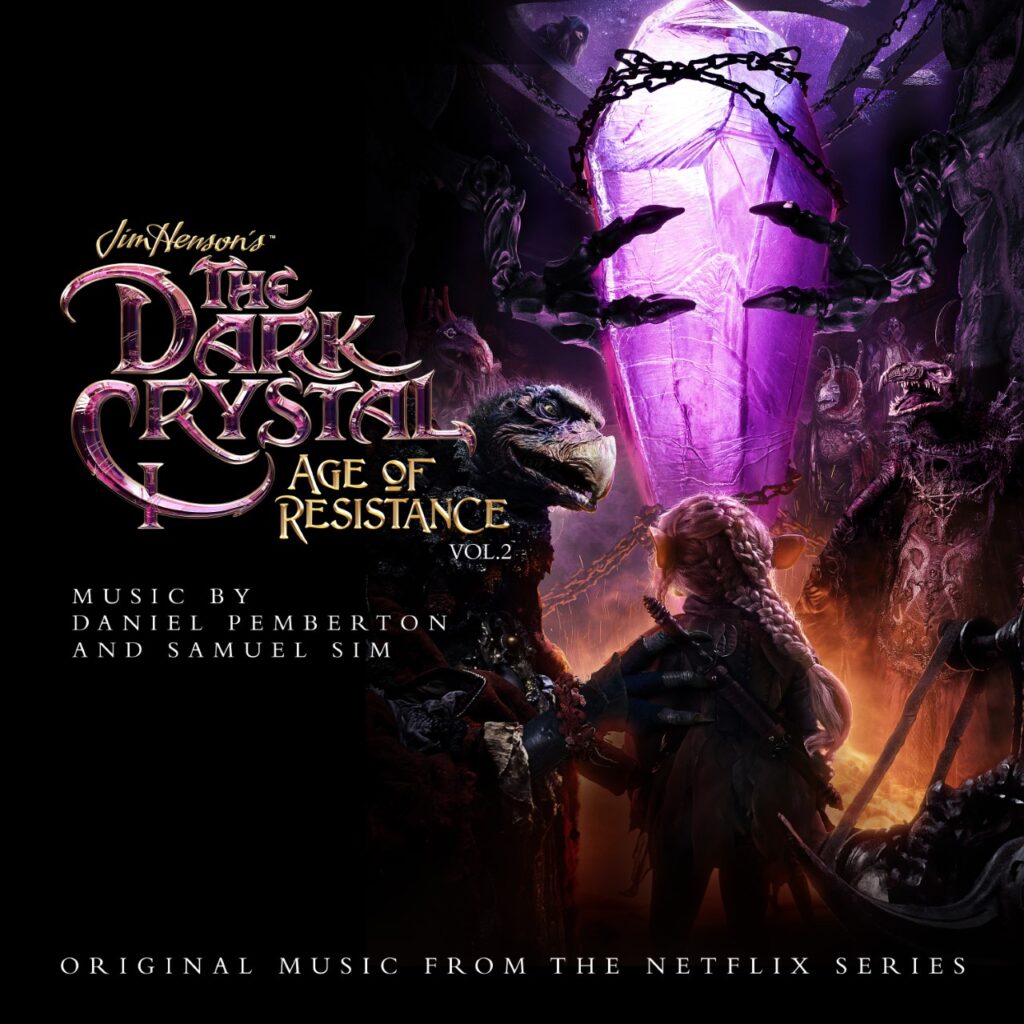 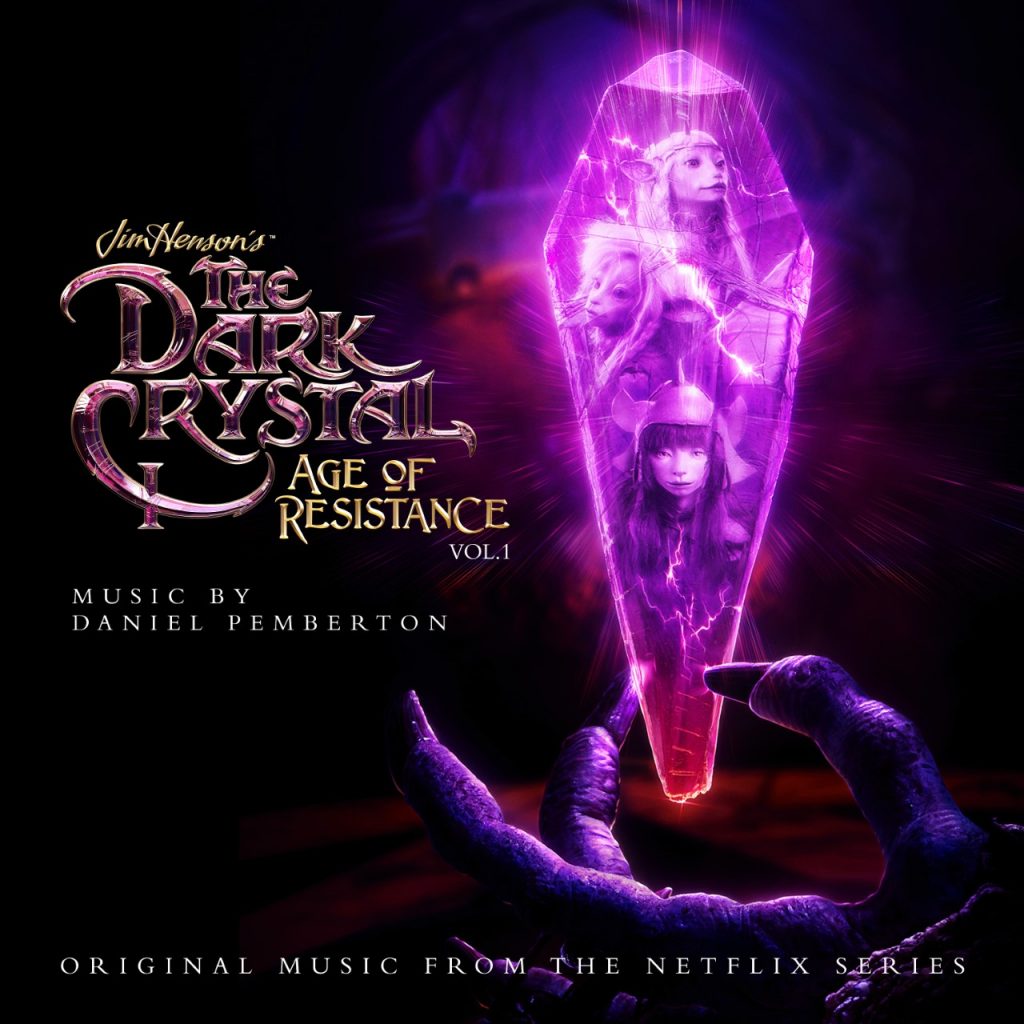