Released in the summer season of 1994 by Universal from producer Brian Grazer, The Cowboy Way is a slight comedy action film in the vein of Crocodile Dundee, but even in 1994 it felt outdated and unremarkable.

Two cowboys from New Mexico go to New York City to locate a friend who might be involved in a human trafficking scheme.

Sonny (Kiefer Sutherland) and Pepper (Woody Harrelson) have been friends for life, but a recent turn of events has made them uneasy allies. Their lives in New Mexico consist of rodeos, romancing married women, and competing in tournaments, but when a friend of theirs – an old Cuban codger whose daughter has been human trafficked to New York City – disappears without a trace while trying to rescue his daughter, Sonny and Pepper reluctantly team up once again to try to find their old pal, and maybe get a lead on where his daughter might be. When they get to New York, they find resistance at every turn – especially from a nightclub owner (played by Dylan McDermott) and sweatshop factory overlord – when they start asking questions. These guys aren’t just fish out of water, they’re cowboys rustling up dust in someone else’s backyard. They get into all sorts of trouble when they realize their friend was murdered (no surprise by whom), and with some help from a horse-riding police officer (played by Ernie Hudson) these rascals are going to show The Big Apple “the cowboy way” of getting things done!

Released in the summer season of 1994 by Universal from producer Brian Grazer, The Cowboy Way is a slight comedy action film in the vein of Crocodile Dundee, but even in 1994 it felt outdated and unremarkable. It’s a fun movie simply because Harrelson and Sutherland play well against each other and made a good on-screen team, but feels more or less like a direct-to-video movie now. In saying that, it makes me wonder why Universal hasn’t made a DTV sequel like they do with so many of their properties. I mean, heck, they even recently made a DTV sequel to Bulletproof! I saw this film theatrically in ’94, so it has a little nostalgia factor going for it on my end, but I suppose if you’re looking for something completely unsophisticated with two appealing stars it may be a fun viewing experience for you. Directed by John Badham protégé Gregg Champion.

Mill Creek’s new Blu-ray edition of The Cowboy Way comes to HD for the first time on disc, and truth be said, I found the transfer to be about on par with Universal’s DVD edition from close to two decades ago. There was a lack of clarity and sharpness to the transfer, and it could have used a bit of restoring. No special features are included. 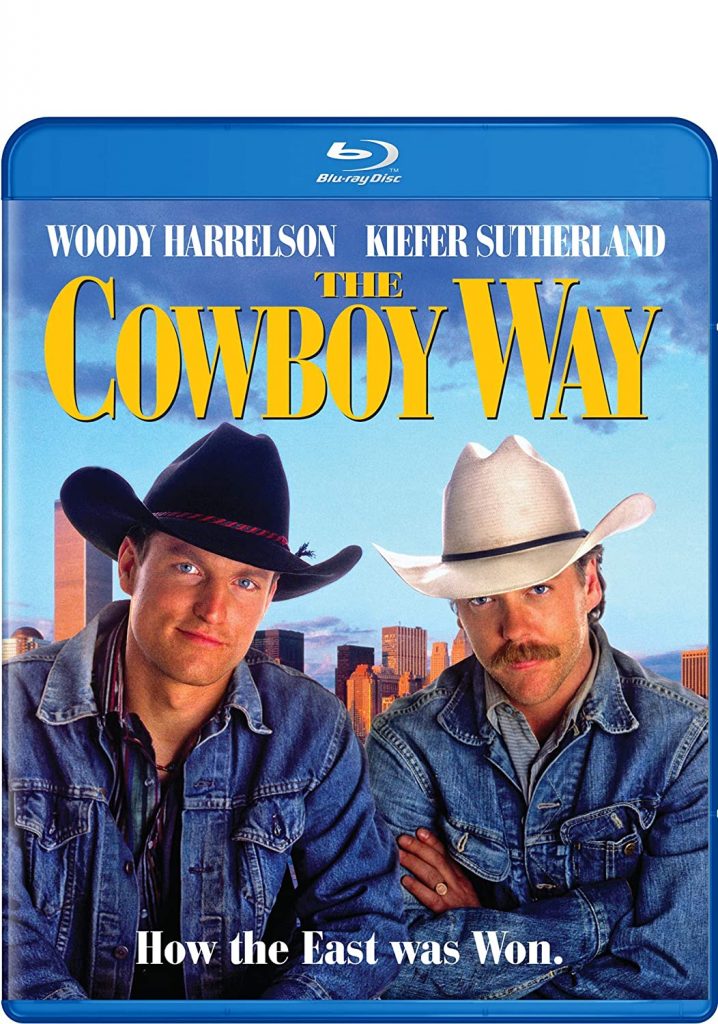