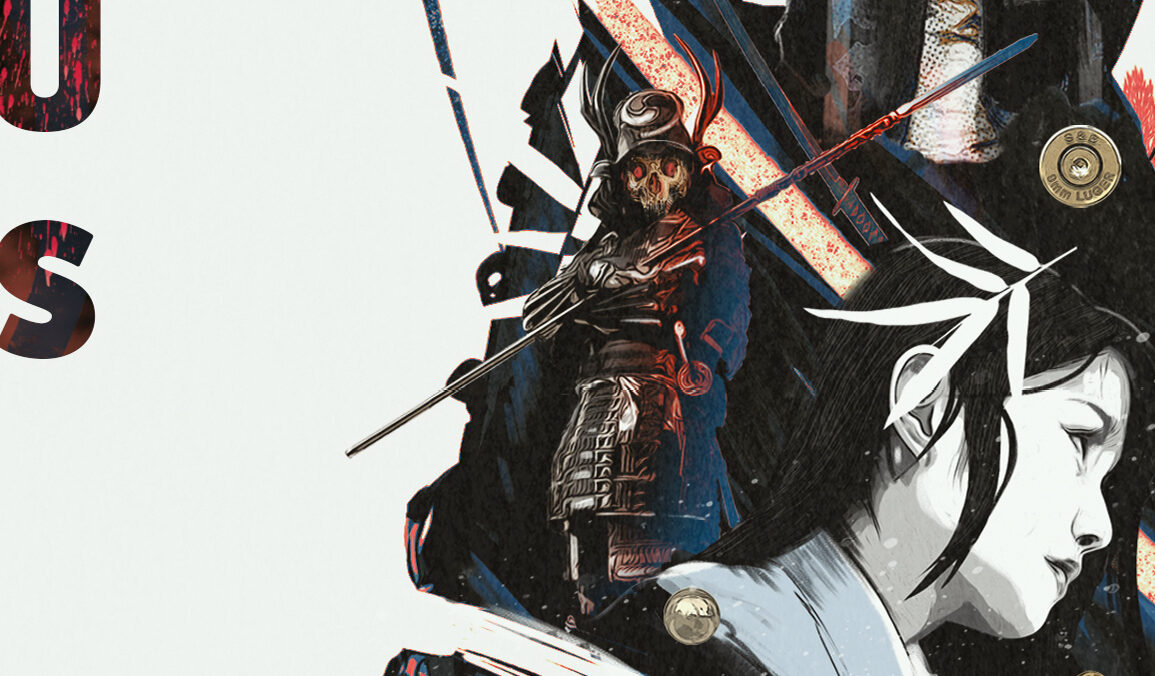 A truly homemade free-for-all action / horror / apocalyptic cult film from director Ryuhei Kitamura, Versus recalls the early days of Sam Raimi with its gonzo gore and crafty camera angles, but at a two full hours, the movie goes on and on (and on) to the point of complete exhaustion. It just never ends.

“There’s no longer anything left to destroy in this world.”

Yakuza gangsters in the woods unwittingly stumble upon a rift between worlds that puts them at odds with zombies, time slips, and immortal samurai.

Two escaped convicts find themselves at a crossroads in the woods where Yakuza gangsters are meeting, but none of them realize that the place they’re all in is a portal to a long-dormant gate that allows the undead to rise and samurai warriors from hundreds of years ago to slip in and wreak havoc on the two prisoners and the Yakuza thugs, who are in way over their heads. From one moment to the next, all guns are out, but against the undead zombies sprouting up from the ground what good are bullets? The interdimensional gate they’re all standing around opens up, and an immortal samurai warrior steps through and poses a threat to one of the prisoners, who seems to be the alpha of the bunch, and a battle for the ages has begun … again!

A truly homemade free-for-all action / horror / apocalyptic cult film from director Ryuhei Kitamura, Versus recalls the early days of Sam Raimi with its gonzo gore and crafty camera angles, but at a two full hours, the movie goes on and on (and on) to the point of complete exhaustion. It just never ends. Kitamura was clearly enamored with trying to capture as many genres and as much action and gore as possible into one movie, but the script and plot were obviously being made up on the spot, along with nonstop choreographed fight scenes, some of which aren’t too shabby. The movie was shot on film, but it looks like it was shot on video, and Kitamura pulled together every conceivable resource imaginable to make this movie. The story of the making of the film is a classic movie renegade story, but the movie itself is an anything-goes cavalcade of wild nonsense. It tries to be Highlander in the midst of its insane plotting, and the final scene is set in a post-apocalyptic urban wasteland. Some viewers will enjoy the movie for what it is, while others will be frustrated and bored after a while.

Arrow Video has recently released a two-disc Blu-ray edition of Versus, and it contains the original two-hour cut of the film, as well as a revised cut that runs 11 minutes longer. There’s an audio commentary by the filmmaker, mini-movies that connect to the film, archival features, interviews, and much more. I found the insert booklet with lots of information about the film (including Kitamura’s statement about what went into the making of the movie) to be highly essential. 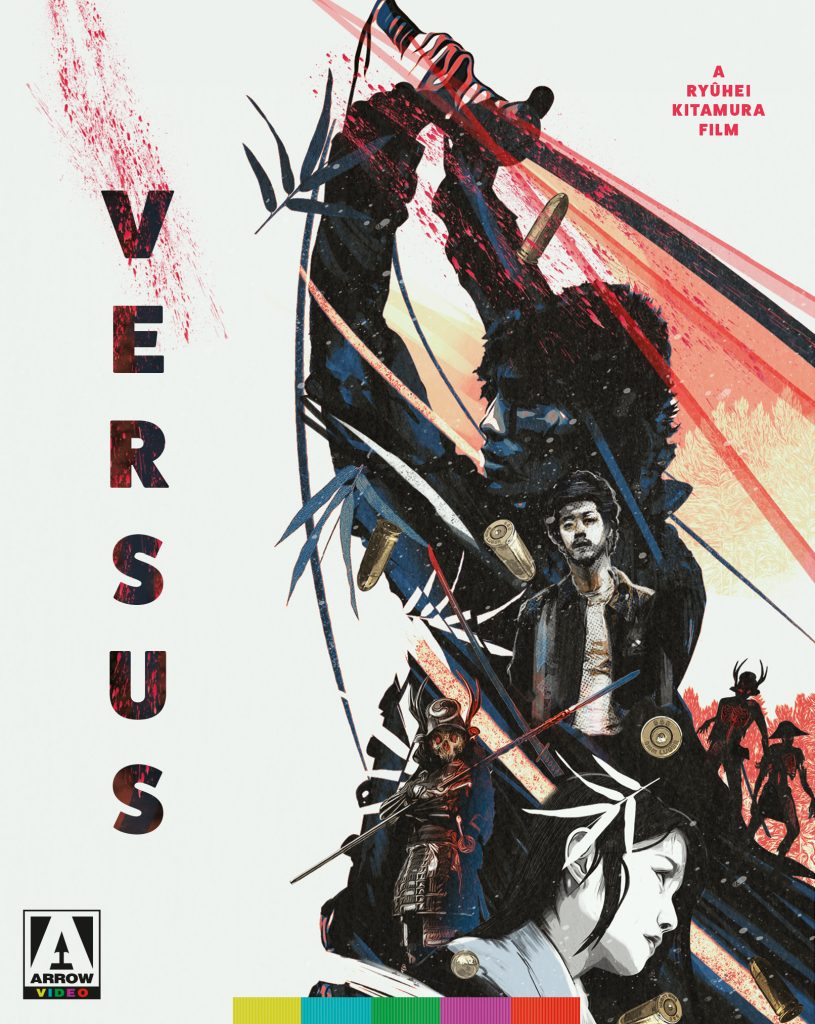