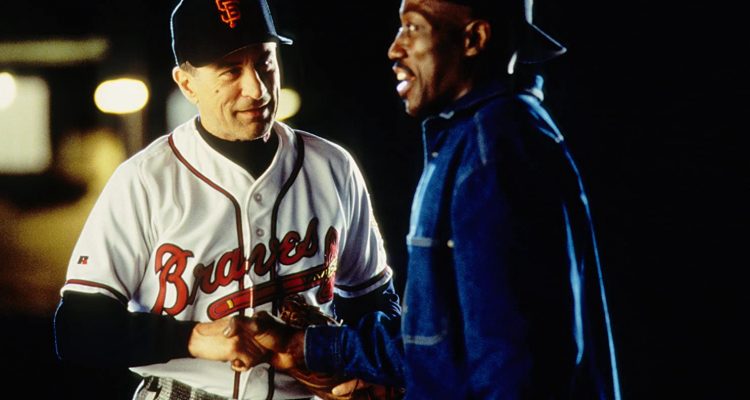 An all star baseball player becomes the unhealthy focus of a down on his luck salesman.

A record setting payday (40 million) for the transfer of a dynamic baseball player sets the sports world ablaze: Bobby Rayburn (Wesley Snipes) from Atlanta comes to play for the Giants in San Francisco. He struggles at first to find his mojo on the field when another player (played by Benicio Del Toro) uses his lucky #11 on his jersey, and while the media and Rayburn’s fans turn their back on him, one man watches with an intensity that can only be defined as fanaticism. That man is Gil Renard (Robert DeNiro), a knife salesman with a fragile ego. His work performance gets him fired (he’s too scary for his peers), and his relationship with his ex-wife and son is teetering on dangerous. He desperately wants to teach his son to appreciate baseball, but he goes about it like a wrecking ball, destroying any chance he’ll ever have of a normal relationship with the kid. His ex gets a restraining order against him (doesn’t faze him), and he has far too much time on his hands to nurse his obsession with Rayburn. He works himself into a situation that pushes him way past the point of no return, and then he embarks on a maniacal mission to make Rayburn notice him, but when he kidnaps Rayburn’s son and demands that Rayburn hit a home run for him, you know that Renard’s fate is sealed for good.

When I saw The Fan opening weekend, I remember feeling as if my senses had been assaulted, and I never wanted to watch it again. Watching it again for this review, I was reminded why I didn’t enjoy it the first time: Tony Scott’s flashy direction and composer Hans Zimmer’s score feel like sledgehammers to your eyes and ears, and it doesn’t help at all that neither of the main characters in the movie are sympathetic or worth paying attention to. DeNiro plays the crazed fan in exactly the way you’d expect him to, but without nuance or panache. Snipes plays an unlikable powerhouse without an ounce of humility until his kid is snatched towards the end, and then he’s all panic and worry. The Fan resembles a big budget slasher with adults in the lead roles, and it’s just depressing.

Ex-C.I.A. Agent James Dial is asked to take out a terrorist, only to realize he’s been set up by his former employer.

An assassin named James Dial (Wesley Snipes who barely says a word in the movie) is called in to snipe an international terrorist who is being arraigned in London, and he performs the job, but his escape gets messy when his contact / driver is killed by the London police. Wounded after a car crash, Dial retreats to a safe house, which is inhabited by an old woman and a 12-year old girl who takes a liking to him despite that she should be afraid of him. He’s bleeding, wielding a weapon, and sirens are blaring outside when they meet, but never mind. She likes him. She helps him with getting supplies and even though he continues to shrug her off, she keeps helping him. Meanwhile, Dial’s boss is working with the police to find and kill or capture him because Dial has become a liability for the American government. The British detective on his trail is played by the lovely Lena Heady (from Dredd).

Muted and casually uninvolving until the last act, The Contractor isn’t special in any way, but by the end I realized that I kinda liked it. Snipes is okay in the movie, but this movie could have starred anyone, and if not for a last-second fight scene, the movie would have had almost no action in it at all, aside from a car chase and some periodic shooting. I liked the London locations, I liked the awkward relationship between the girl and Snipes, and ultimately, the movie made a simple sense that many direct-to-video action movies of this caliber simply don’t. It delivers what you want from it, at a level that I was willing to accept. Directed by Josef Rusnak (The Art of War II with Snipes).

Mill Creek recently debuted a double feature blu ray / DVD combo pack for these two titles, as oddly matched as they are. My guess is that they were able to secure the rights fairly inexpensively for these two titles, and since they both have Snipes in them, why not put them together? When Snipes was in The Fan, he was at the height of his theatrical career, and by the time he was in The Contractor he was at the height of his direct-to-video tenure. While these two films are not well paired, it’s an affordably priced two-disc set. 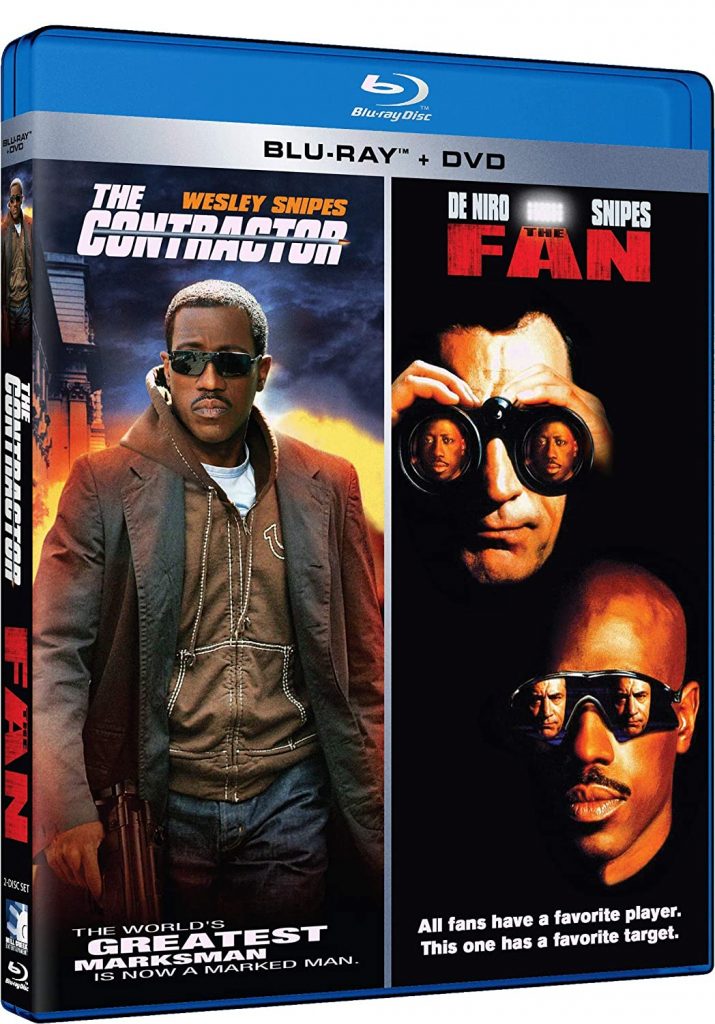