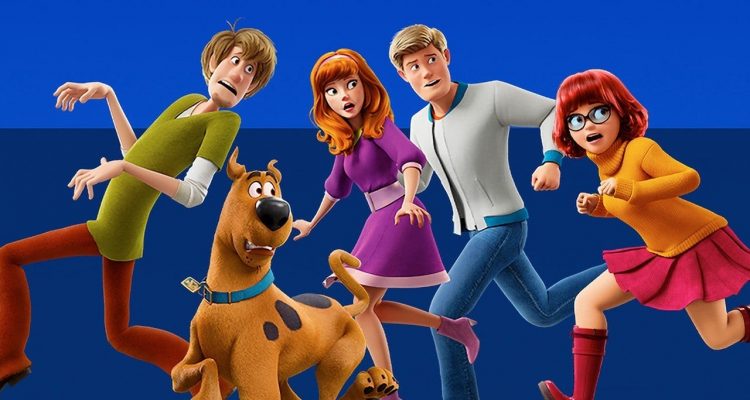 Scoob! delivers the sense of fun that is much needed in the world just now with an awesome voice cast, snappy script and fun story that teases a larger universe which kids and adults are sure to enjoy.

Plot: Scooby and the gang face their most challenging mystery ever: a plot to unleash the ghost dog Cerberus upon the world. As they race to stop this dogpocalypse, the gang discovers that Scooby has an epic destiny greater than anyone imagined.

Review: Growing up I loved watching the Hanna-Barbera cartoons like Scooby-Doo, Grape Ape, Hong Kong Phooey and Captain Caveman. I thought they would be left in the past, but this new animated reboot of Scooby-Doo brings back this universe with many of these beloved characters making an appearance. Personally, I’m hoping we get a Hong Kong Phooey spin-off as I always loved that show…

Scoob! is a perfect example of how to do a reboot right; it has jokes for the kids but enough nostalgic references and pop culture jokes for the adults. It requires several viewings to pick up all the jokes as the script is rapid fire and manages that rare feat of being consistently entertaining right up until the end.

It captures the spirit (pardon the pun) of the original cartoon with the same sound effects and the updated opening sequence from the show is also in there.

The animation is stunning with beautifully bright colours and a sense of depth to every scene. Tom Holkenborg AKA Junkie XL provides the score which is bright and fun but during some of the action scenes we get some epic choirs too.

The voice cast are all fantastic although I do wish they brought back Matthew Lillard as Shaggy; Will Forte does a decent enough job though.

Mark Wahlberg is well cast as Blue Falcon (or Brian as he’s known); he’s stuck living in the shadow of his father but will he rise up and meet his destiny before the end? You’ll just have to watch it.

Jason Isaacs voices Dick Dastardly who is really rather perfect as he and Mutley were always some of my favourite characters from the cartoons.

Ken Jeong has some choice lines as Dynomutt but it’s wonderful to have the legendary Frank Welker voice Scooby; he provided the voice of Fred and several other characters throughout the years.

Zak Efron is hilarious as Fred and once again has several moments of entertaining dialogue.

At around 90-minutes it’s well paced with plenty of gags, colourful set-pieces and larger than life characters promising a potential Hanna-Barbera movie universe which I would be okay with.

In terms of flaws as cute as they are I thought the little robots were just a desperate rip-ff of the Minions but it’s for the kids so who cares?

Overall, Scoob! is the perfect remedy for a bad mood with a sharp script, stunning animation and plenty of fun pop culture references and in-jokes for the grown ups. No where’s my Snagglepuss movie?