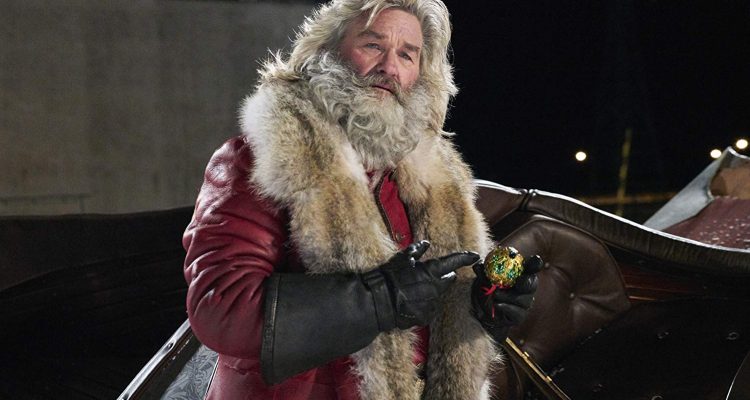 Kurt Russell proves his is the best Santa ever in this soon to be Christmas classic. Don’t be a cynic and enjoy it for the positive fun that it is.

Plot: The story of sister and brother, Kate and Teddy Pierce, whose Christmas Eve plan to catch Santa Claus on camera turns into an unexpected journey that most kids could only dream about.

Review: The trailers to this looked fun but I was admittedly put off once the elves came onscreen; I thought “if those bloody things start dancing I’ll turn it off”; imagine my surprise when they end up nearly stealing the show. At one point we even get an elf with a chainsaw which is something I never thought I would see.

The Christmas Chronicles is a welcome return to non-cynical Christmas movies which will leave you with a big goofy grin by the time you reach the end credits. Kurt Russell is officially the greatest Santa Claus of all time (aside from the real guy obviously) as he brings a modern sense of humour to proceedings while also being the lovable Saint Nick we all know… except a little thinner.

The two kids in it Kate (Darby Camp) & Teddy (Judah Lewis) are both believable and surprisingly sympathetic with Kate’s innocent eagerness never annoying when it easily could have been. Teddy is going down a potential life of crime after the loss of his father but can this night with Santa change his path?

It’s predictable stuff feeling like a Hallmark movie at times but it feels like a proper Christmas movie and frankly I loved every second of it.

We rarely get to see a film which doesn’t have a mean-spirited bone in its body and the Christmas Chronicles is one of those movies.

It’s well paced, has plenty of heart and may even have you shed the odd tear. It has a wonderfully positive message about the Christmas Spirit which admittedly I am lacking this year but this has got me more in the mood.

Overall, The Christmas Chronicles is a feelgood delight that should melt even the most cynical heart with Kurt Russell on show stopping form and chainsaw wielding elves. This will be getting watched repeatedly in future years. It’s a new Christmas classic.