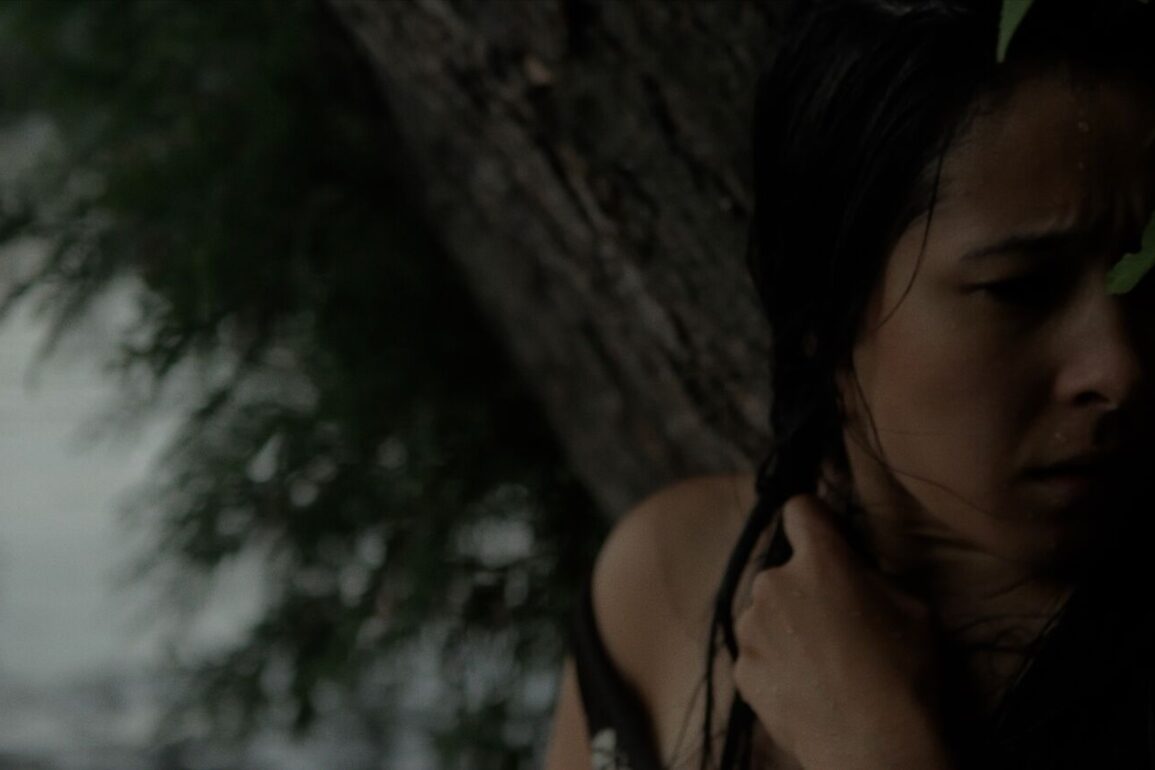 There is Much Going on Beneath the Silent Waters of “The Rusalka.”

A Rusalka is a centuries-old mythological creature. She looks like a woman, but she lures men to their deaths. She cannot leave the water or even speak, so she must lure men in wordlessly. “The Rusalka” (2018) uses the same techniques of silence to draw the audience in. The dialogue is sparse, as is the soundtrack, but the Brooklyn Horror Film Festival closing night audience leaped right in.

Writer /director Perry Blackshear used a small cast and quiet, subtle turns of story development. The characters are a mute man, a gay man and a monster. The mute man, Tom (played by Evan Dumouchel) rents a cabin by a Vermont lake even though he will not swim. The beautiful Rusalka swims up to the edge of the water and smiles at him, flirting with her eyes. They cannot speak to each other, and he won’t swim. He doesn’t know that she is a killer, and their attraction builds slowly.

“I’m a sucker for all kinds of mythology, and what drove us all to the Rusalka was his idea to talk about love and co-dependency,” Blackshear said. “Vampires need to drink blood. What we love about this is the Rusalka doesn’t need to drown people, but she really wants to. I thought that was a great way to talk about a love story. And co-dependency.”

Margaret Ying Drake  plays the monster, Nina, with coy coquettish charm that can really draw you in. After the showing, the audience was eager to hear what she thought of her character.

“To me she seems really normal if that’s weird to say, cuz I feel like everybody has a ‘oh why did I do that’ – things that you subconsciously do or things that you find yourself doing. To me throughout the process she was very much a fun, normal person who has these issues that keep popping up. It was just kind of a normal person who would react in situations,” she said.

Much of the monster’s likability had to be projected by her, Blackshear said.

“It’s not her fault she is like this. She’s a thunderstorm or a hurricane. You just don’t mess with her. That is just the rules. I think it was a trick in some ways to try to get the audience to care about this mass murderer and her love interest.”

“People fall in love all the time with someone who has something going on and if you were to focus on the love between those two particular people it’s not necessarily that you could appreciate where they’re coming from no matter what. Let me know whatever they’re dealing with, if you see the love between those two people you fall in love with that, and so you see from this feeling coming from kind of like heavily on the perspective of the monster and the man she falls in love with. It’s easy to kind of follow that path of seeing the perspective of the couple and their love and they become the center of the universe, the center of, you know, all that is good and love. You can excuse the murdering. It is interesting how that works,” he said.

As Tom grows closer to the monster, he is warned by his neighbor that the monster previously had killed his husband. The gay neighbor, Al, is played by MacLeod Andrews.

“I think what I loved about the character of Alan playing out was in my mind. Maybe this is my job as the actor playing him. He was completely justified in every action he took action. This woman killed his husband. That goddamn woman killed his husband. What do you want? The desire for vengeance is maybe not a great one, but it was really fun to play with that conflict,” Andrews said.

None of the characters are depicted as purely good or evil, Blackshear said.

“It was important to me to not make Al the villain. He was the hero of his own story. I think in conventional stories he would be the guy taking vengeance against the monster. He’s the sort of hero with the sword in some ways, so it was much more of a tragedy and I think that I remember we were worried at one other point about his likeability.”

The film doesn’t cue you for what will come next, so it seems like anything could happen in the next moment. Nothing in the film gives away how difficult it must be to spend the day submerged in water. The monster, Nina, looks so comfortable in the water at all times.

Margaret Ying Drake said “It was very cold. I don’t swim. I hate dark water” causing the audience to laugh.

“There’s a reason I think not a lot of movies are set entirely in water. Cameras don’t like getting wet. It is very cold,” Blackshear said.

“It’s also really loud. So whenever there was a shot that the sound wasn’t that good for foley we had to do like wave foley. Anytime-that-the-wave-hit-a-person foley. And then also hands-coming-out-of-the-water and hair-hitting-the-water foley.”

People who liked Blackshear’s previous festival film, “They Look Like People” (2015), were surprised and happy that he started another project so soon. Blackshear said the same cast were ready for another film.

“They Look Like People” hadn’t sold yet and it was still doing this festival run. We had no idea what would happen with it, but we love the process so much that we just decided to make another movie in the middle of it, so it really came from wanting to work with these guys again. I don’t know if any of you have been in a band, but it’s like being in a relationship with many people at once, and it’s very difficult to bridge work. It’s very complicated, and we found the four of us. It sort of came out of that. What else can we do?”

Drake worked on both films. 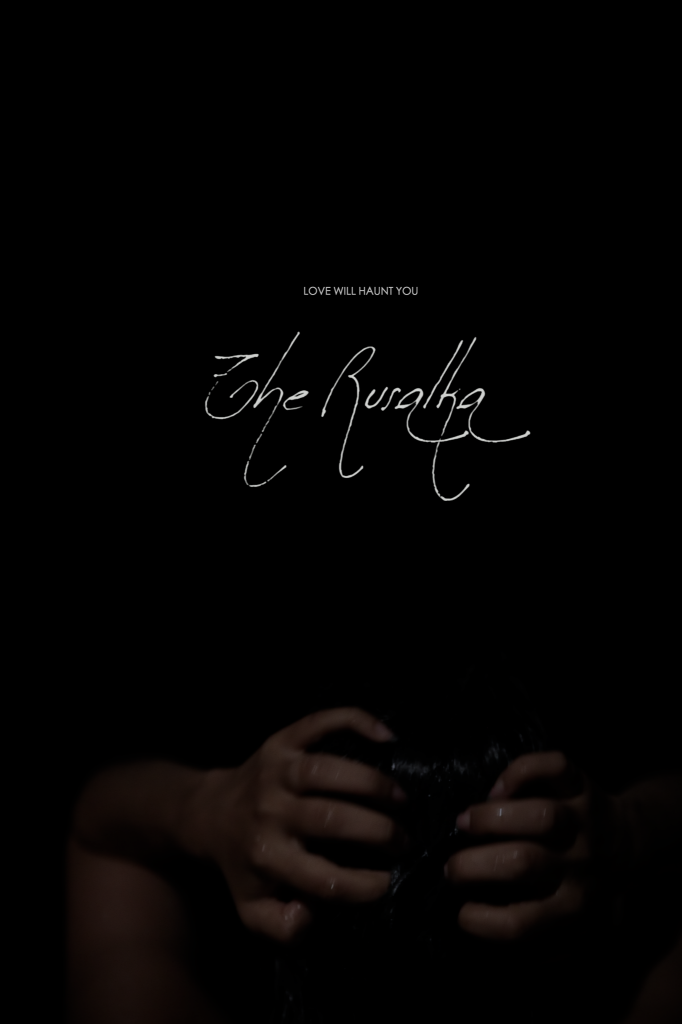 “The other thing we talked about was how much we enjoyed working with each other. But selfishly, these guys are just amazing actors, so I wanted to work with them again.

As you guys can tell, Perry Blackshear is freaking amazing,” she said.  Blackshear said he was eager to make another character-driven movie.

“When we made ‘They Look Like People,’ we had no idea what would happen with it. What if we would show it to no one and it would disappear? And as we were in the process, we kept coming back to you know ‘what do we care about? What do we want to watch if it was on Netflix with the little box? Would that be the exact movie we want to watch? And so I think it came down to the stuff that we really care about which is the sort of just acting, directing, story, theme.  Everything else is fantastic but those are the things we always could have come back to. So I think it’s we just do the kind of stuff that we want see ourselves and we love making.”