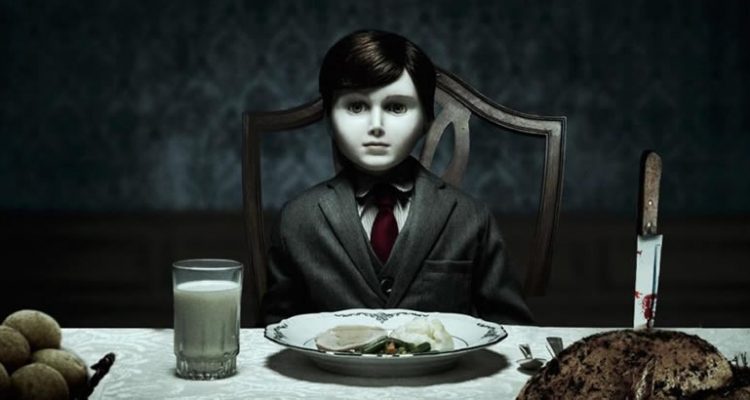 The Boy isn’t especially scary but it has a mildly creepy atmosphere and if it’s on Netflix I’d maybe give it a watch.

Plot: A young American named Greta (Lauren Cohan) takes a job as a nanny for an 8-year-old boy in a remote English village. To her surprise, Greta learns that the child of her new employers is a life-size doll. They care for the doll as if it was human, which helps the couple to cope with the death of their own son 20 years earlier. When Greta violates a list of strict rules, a series of disturbing and inexplicable events bring her worst fears to life, leading her to believe that the doll is alive.

Any movie which has killer puppet or doll related buffoonery is immediately on my “need to watch” pile so when I saw trailers for The Boy I thought it looked like it might be interesting.

Sadly, it certainly wasn’t what I expected and most importantly there actually wasn’t any killer doll action. It was a little creepy at times but it lacked any truly chilling moments. I also felt like I was watching a movie that I’d already seen before as it reminded me of several others.

Despite being atmospheric it just did’t really stand out; I know that after a few days I will totally have forgotten about it.

Lauren Cohan is utterly gorgeous and her character Greta Evans is sympathetic and believable even when events transpire that push credibility; you also question just how sane she is later on which keeps things entertaining.

Although it was meant to be set in England it was clearly North America as you can tell by the landscape and also the fact that I heard crickets at one point… we don’t have crickets in the UK.

I did enjoy the twist in the second half though and it could be open for a sequel which I’d probably watch.

Overall, The Boy isn’t especially scary but it has a mildly creepy atmosphere and if it’s on Netflix I’d maybe give it a watch.