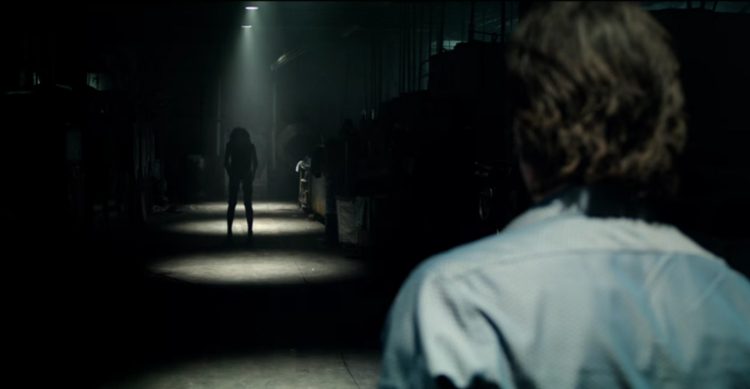 Lights Out is a lot of fun with plenty of terrifying moments; it’s worth seeing on the big screen with an audience just so you can hear everyone (including grown men like me) screaming like little girls.

Plot: When Rebecca (Teresa Palmer) left home, she thought that her childhood fears were behind her. As a young girl growing up, she was never really sure of what was real when the lights went out at night. Now, her little brother Martin (Gabriel Bateman) is experiencing the same unexplained and terrifying events that jeopardized her safety and sanity. Holding a mysterious attachment to their mother (Maria Bello), a supernatural entity has returned with a vengeance to torment the entire family.

Review: Although he only produced this movie James Wan once again proves that he is a master of modern horror; it’s not quite as good as The Conjuring or Insidious movies but Lights Out still manages to be trouser-dampeningly scary. The audience I watched it with were shrieking all the way through and the last half hour got incredibly tense and creepy. There are plenty of jumps and the movie never goes for cheap gore but rather it just feeds on your fear of the dark… and then some.

My brother and I are kind of obsessed with ghost shows like A Haunting or Paranormal Survivor and because we’re pretty well versed in this stuff then it made the movie all the scarier. The whole idea of an entity (in this it is called Diana) attaching itself to someone is exactly what they do in all of these real life tales of terror. Imagine if it is actually real and not all made up? Well, I’m not sleeping tonight…

Anyway, the reason I brought that up is that you may think the concept is silly (and it probably is) but knowing what we know just made it all the more entertaining and chilling.

The concept though isn’t an original one and had a very similar story to Darkness Falls which was out a few years ago; this was the better film and I think Wan and director David F. Sandberg should be proud of Lights Out. I liked how it avoided many of the cliches associated with the genre and when the movie ended that was it, there was no lame jump scare which it made it thoroughly satisfying.

Maria Bello gave the performance of her life as the “crazy” Sophie who is in a perpetual state of fear that her “friend” Diana won’t hurt her family.

I wasn’t a huge fan of the character Rebecca (Teresa Palmer) during the first half of the movie as she came across as an unsympathetic bitch but as the story progresses we find out why and she rises to the occasion nicely. Her nice guy boyfriend should look for someone nicer who appreciates him better and doesn’t have a demon trying to kill her…

Overall, Lights Out is a lot of fun with plenty of terrifying moments; it’s worth seeing on the big screen with an audience just so you can hear everyone (including grown men like me) screaming like little girls.