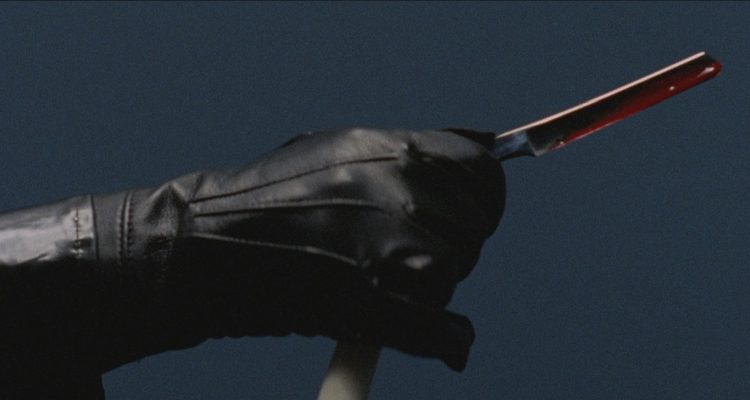 Plot: A witness of an attack, a writer becomes stalked by a serial killer.

Review: An American writer named Sam (Tony Musante) is in Rome with his girlfriend when he witnesses the tail end of a brutal attack on a woman in an art gallery. The sole witness to the event, Sam is grilled by the police, who have been on the trial of a serial killer who fits the MO of the latest attack. Not even a day goes by when an attempt is made on Sam’s life, as the killer begins stalking him. Being an intrepid writer, Sam quickly becomes obsessed with finding out who the killer is himself, which leads him on a twisted, winding path of strange discoveries and dangerous encounters. With his own girlfriend in jeopardy, Sam must soon put all the pieces together before the killer comes calling on his girlfriend.

An early breakout hit from director Dario Argento, The Bird With the Crystal Plumage is a solid giallo, with startling, stylish kills and plenty of atmospheric tension throughout. Composer Ennio Morricone provides a crisp, lyrically beautiful score, and the film on the whole is a really nice introduction to the Italian slasher subgenre. Argento would go on to make many more classics that would outshine this one, but if you’re a newcomer then this is a fine place to start.

Arrow Video’s brand new limited edition set of The Bird With the Crystal Plumage contains a wonderful 4K restoration from the original camera negative, and has a plethora of special features, not the least of which is a hard shell slipcover, a foldout poster, a thick essay booklet, and tons of supplemental features on the two-disc set, several of which were produced exclusively for this release. Fans of Argento’s must grab one of these before they’re gone, and everyone else should take note.