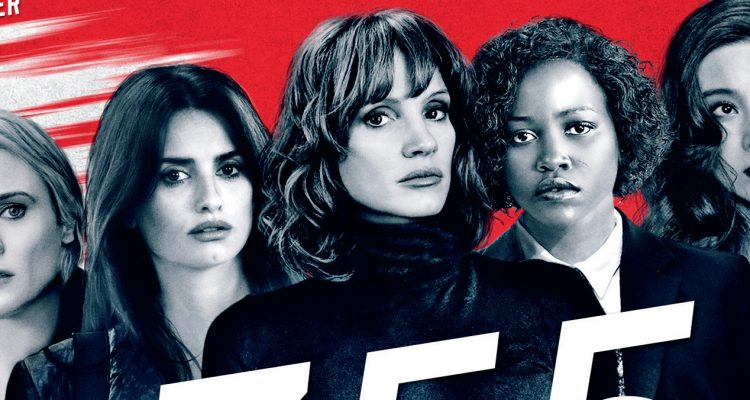 Slick looking and too fatty at over two hours, The 355 should’ve been an easy sell with its slam dunk concept, but with a staggeringly poor script and conspicuously sloppy (and slow!) fight choreography that can’t hide the fact that these actresses are not action stars in the least, the film pancakes on the concrete upon arrival.

A group of competing female government agents are all after the same thing, and so they team up.

An incredibly dangerous handheld device that can potentially start wars, killing millions and shutting down global networks with the flick of a switch, has just hit the streets after a botched raid in Central America renders the device “free” before going on the black market to the highest bidder. An American secret agent named Mace (Jessica Chastain trying really hard but not nearly hard enough) gets close to snatching the device with her partner Nick (Sebastian Stan), who ends up getting killed in the line of duty. The device ends up with a Spanish agent named Luis (Edgar Ramirez), whose contact in France is an inexperienced psychologist named Graciela (Penelope Cruz). Mace’s competition in the field is an agent who’s just as intrepid as she is – a German stalwart named Marie (Diane Kruger) – and when they butt heads, they get into some serious scrapes that end in stalemates. Mace turns to an old ally in a computer hacker and former agent named Khadijah (Lupita Nyong’o) who reluctantly joins her, and their best idea is to get all of the competition together with one purpose: To find the device and get it to safety. With Mace, Khadijah, Marie, and Graciela on a team, they head to Morocco and use their cunning and teamwork to get the device, but then they’re right back at it again when the device is stolen once more. Turns out Mace’s dead partner is actually alive and well and working for the enemy and will sell the coveted item for a half a billion bucks, and so the girls add another member to assist: A slinky Chinese agent (played by Bingbing Fan) who proves to be their most valuable asset.

Slick looking and too fatty at over two hours, The 355 should’ve been an easy sell with its slam dunk concept, but with a staggeringly poor script and conspicuously sloppy (and slow!) fight choreography that can’t hide the fact that these actresses are not action stars in the least, the film pancakes on the concrete upon arrival. Chastain, who anchors the movie, is woefully inept as a fighter, and combined with her previous spy movie Ava, which was another slapdash espionage action movie, I’d say it would be best if she stuck to dramas that don’t require her to be physical. The script by Theresa Rebeck and director Simon Kinberg is so desperate to make this a “female-forward” project that it becomes distracting when it’s blazingly obvious that there’s no reality whatsoever to this lopsided fantasy of an espionage effort. If you want to see a better “female-forward” spy movie, see The Rhythm Section instead. What I liked about The 355 was that it felt like a pilot to a TV series, and what that means is the filmmakers tried to introduce as many hero characters as possible with a plot that had a beginning, a middle, and an ending, but there’s no way this could (or should) ever be expanded into a series or franchise of any kind.

Universal just released a Blu-ray / DVD / Digital Code combo pack of The 355, and the disc contains deleted scenes and five separate mini-features that chronicle the visual effects, the chase scenes, and the action choreography. 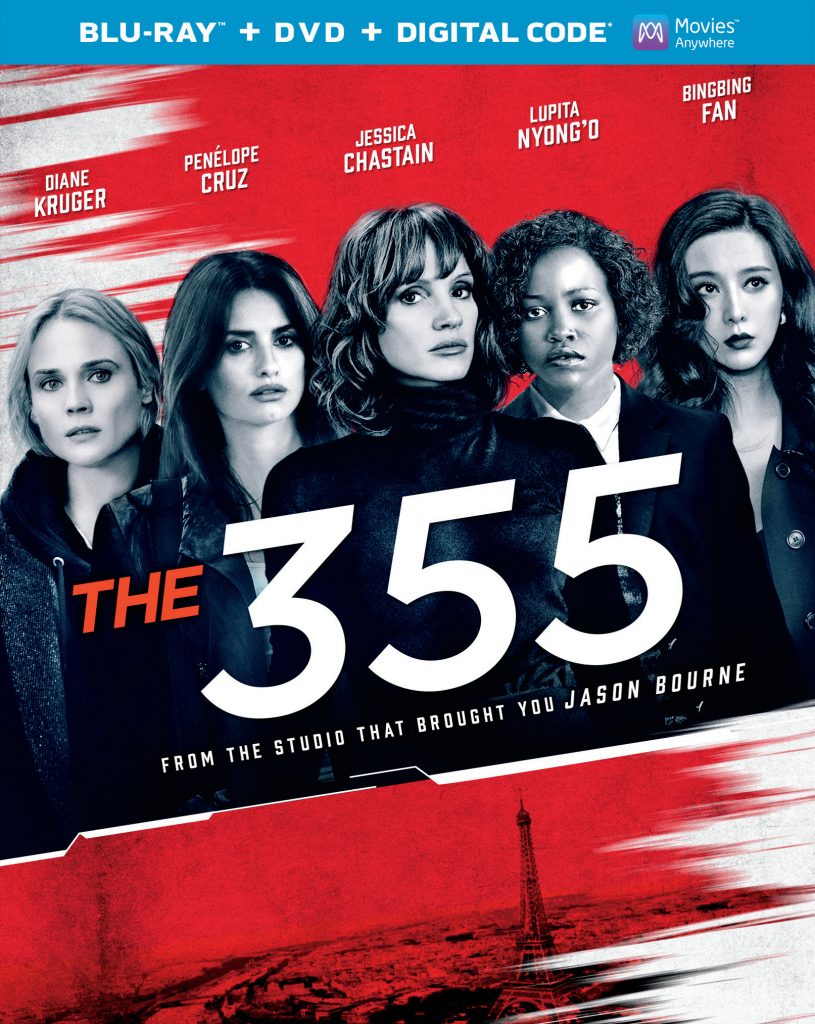