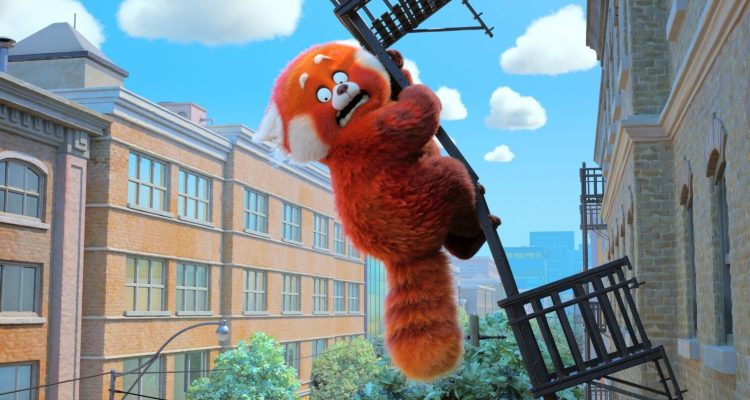 From its lively soundtrack to nostalgic setting, and an honest story that uniquely captures adolescence – Turning Red is a real treat that will be sure to bring smiles to many viewers.

Plot: Turning Red explores 13-year-old Mei (Rosalie Chiang) as she navigates between her hormone-filled adolescence and being the dutiful daughter her mother expects her to be. As if that weren’t enough, Mei finds herself in a rather strange predicament – turning into a big red panda every time she gets too emotional.

Review: In true coming-of-age fashion, Pixar’s latest film captures all the teen angst and emotion through the lens of a young girl. Even more specifically, Turning Red follows Mei’s Chinese-Canadian experience in such a genuine manner, which is a testament to director Domee Shi’s storytelling.

At the heart of this film is Mei’s relationship with her parents. It’s very refreshing to see a coming-of-age story have super-involved parental figures that take centre stage; in Mei’s life, it’s perfectly normal. Shi did an exceptional job displaying Mei’s complex relationship with her mom (Sandra Oh), which we don’t typically see in teen movies. Mei’s dorky confidence in school and with her friends was equally innocent and delightful to see on screen. This brought more of a focus on just how much Mei values pleasing her overprotective mom, a theme throughout the film that proves to have just as much complexities as a kid pressured to fit in at school.

The soundtrack was incredibly fun and vibrant, transporting viewers right back into the early 2000s era of pop boy bands and tamagotchis. Just like Mei and her friends, audiences will undoubtedly get boy crazy as they are treated to 4*Town, a fictional boy band that’s very much reminiscent of *NSYNC and the Backstreet Boys (with original music from Billie Eilish and Finneas).

The visual setting itself felt like a love letter to Toronto – and thankfully, I’m sort of glad the film didn’t shout from the CN Tower that it was from *The Six*. There were many subtle details and landmarks sprinkled into the scenes – enough that anyone from the GTA would be plastered with a knowing smile. I really enjoyed the pastel colour scheme as it brought a sense of whimsical lightness that mirrored Mei’s innocence. The portrayal of food was also a literal treat to see on screen – you can really tell just how much Shi values the art of food making.

Overall, Turning Red is a beautiful, honest story about the ups and downs of adolescence. The film leans into nostalgic elements in a cute and fun manner – and most memorably, with genuine characters that aren’t afraid to show real, complex emotions.