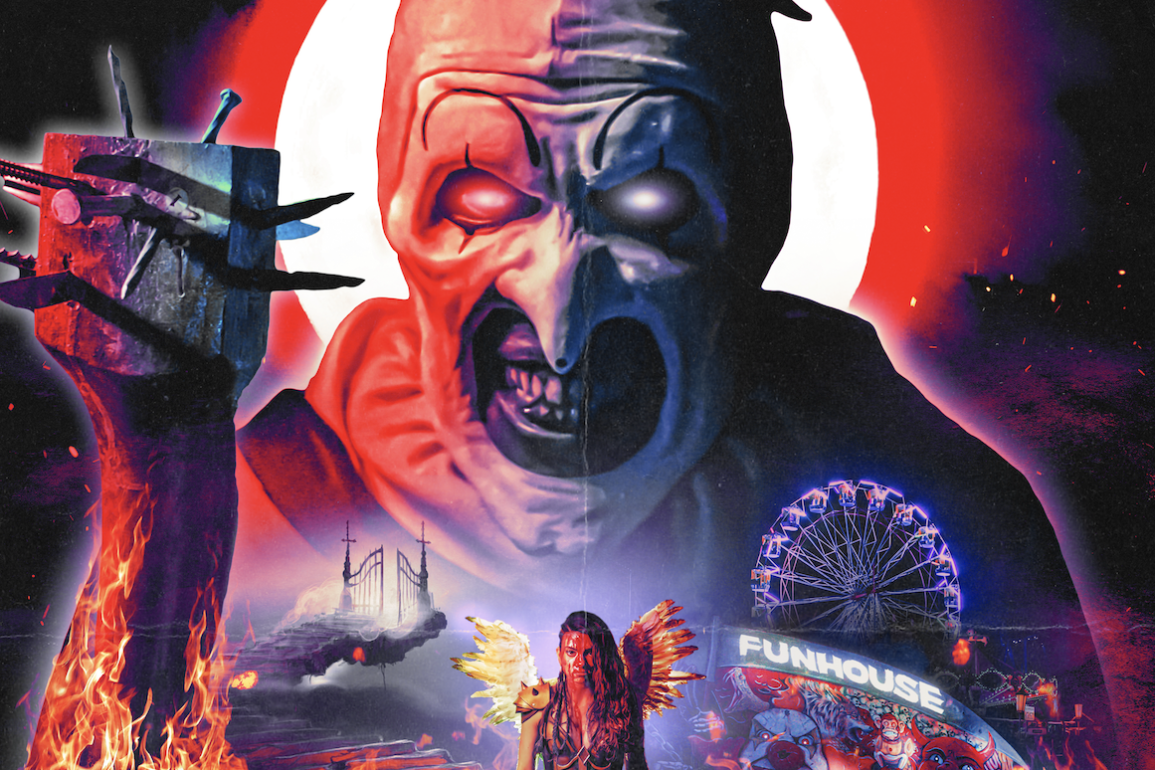 A Gory but Fun Ride

Terrifier 2 is better than the first film really amping up the gore and cementing Art the Clown as a new icon of horror. It’s too long but I still enjoyed every blood-soaked minute of it.

Plot: After being resurrected by a sinister entity, Art the Clown returns to the timid town of Miles County where he targets a teenage girl and her younger brother on Halloween night.

Review: With all the hype surrounding Terrifier 2 and tales of people vomiting or fainting in theatres I was curious to check it out to see if it lived up to my expectations. Well, I didn’t throw up or pass out however, I think that’s more for people who haven’t seen a horror movie before.

Terrifier 2 certainly delivers the goods in terms of gore and Art the Clown is without a doubt the most exciting new icon of horror in many years. This isn’t for the squeamish but despite the very convincing and at times wince-inducing kills Terrifier 2 never stops being a fun ride. It isn’t without a sense of humour and I found Art hilarious at several points especially when he pretends to play the violin when someone is begging for mercy.

The biggest complaint I’ve heard about Terrifier 2 is the runtime which is justified as a slasher movie should never be over 2 hours long and yet despite that I still enjoyed every depraved second of it.

The performances from the cast are strong and Lauren LaVera makes for a sympathetic final girl in Sienna; I do miss the days when we get gratuitous nudity in horror movies as that’s sadly lacking these days.

It isn’t especially scary but slasher movies rarely are but it’s more disturbing than jumpy which arguably works better in keeping the tension up.

Overall, Terrifier 2 is far better than the disappointing Halloween Ends with some wonderfully graphic kills, a new horror icon in Art the Clown and an appealing lead in Lauren LaVera. It definitely could be trimmed a little as it goes on too long but I’m still going to buy the double pack Blu-ray and watch it again in the future alongside the first one.