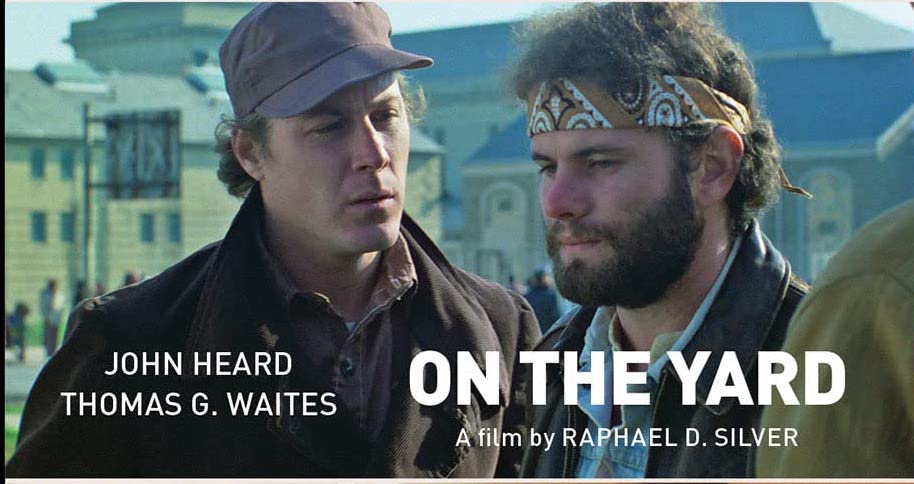 The films look and sound great and bring the films back into circulation. A fantastic double feature in every sense of the term.

On the Yard Plot:

Life in prison for a group of guys takes some unexpected twists and turns.

Chilly (Thomas G. Waites, later in John Carpenter’s The Thing) runs the yard at a cold state penitentiary where the captains of the guards (played by Lane Smith) has it out for him and wants nothing more than to bring his little bartering empire crashing down. But the warden won’t allow the captain to do anything unless Chilly does something really glaringly wrong with evidence to back it up. When an intelligent, reserved convicted murder named Juleson (John Heard) steps out of his shell to ask Chilly for a loan of a carton of cigarettes, Juleson unwittingly has set the stage for a series of events that will have severe consequences. When Juleson can’t pay Chilly back, he gets in deeper when he agrees to make a return of 20 cartons of cigarettes, which there’s no way he’ll ever be able to pay back. Chilly sends his enforcers to intimidate Juleson so that he gets the message that he has two options: Pay his debt back ASAP … or set one of Chilly’s enforcers up with a job in the printing room, which Juleson has the ability to do, but he refuses out of principle. The captain of the guards realizes that Juleson could be his ticket to bring down Chilly’s little empire, but Juleson is no rat and he faces the consequences. Finally, as events and fates converge, Juleson’s decisions get him much more than he ever bargained for, which gives the captain the leeway he needs to move in on Chilly … except Chilly’s guys have an impossible plan to escape the prison at the perfect time.

With a great cast and a solid, if profane script, Raphael D. Silver’s On the Yard resembles any number of other prison pictures, but this one stands out thanks to really interesting performances and actors. It brings the entire plausible scenario down to earth in a somewhat profound way, leaving room to explore the characters in the meantime. Heard and Waites are fantastic, while supporting players Mike Kellin, James Remar, and many more make the movie shine bright.

A Walk on the Moon Plot:

It’s 1969, and young Everett Jones (Kevin Anderson, really well cast) dodges the draft and finds himself in Mexico for two years in a small, dry town that has had a drought for years running. His fellow Peace Corps volunteers include a nutty, cynical guy named Lew (Terry Kinney) and Lew’s estranged wife Marty (Laila Robins) who teaches schoolchildren. When Jones finds himself completely out of his depth with all his ambitions to improve the town and give it some electricity, for example, it’s met with cynicism and scorn from Lew and the locals, who neither want nor need his help. He goes on house calls with a local doctor and is shocked at how primitive things are in this part of Mexico. The one bright spot for Jones is that he begins romancing a beautiful young local named India (Patrice Martinez), which ends up changing his life forever. As the world abroad makes leaps and strides (the moon landing, for example), Jones makes baby steps in the twon he’s desperate to change for the better.

From director Raphael D. Silver, whose second and final movie as a director this was, A Walk on the Moon is a real gem of a drama. I can honestly say that I’ve never seen a movie that I can really compare it to, and it’s so well done and well shot (by Adam Greenberg) that I can consider this one of the best “finds” of this year. I loved it.

Cohen Film Group’s double feature Blu-ray of On the Yard and A Walk on the Moon brings both films to vibrant high definition, and while there are no special features to speak of, the films look and sound great and bring the films back into circulation. A fantastic double feature in every sense of the term. 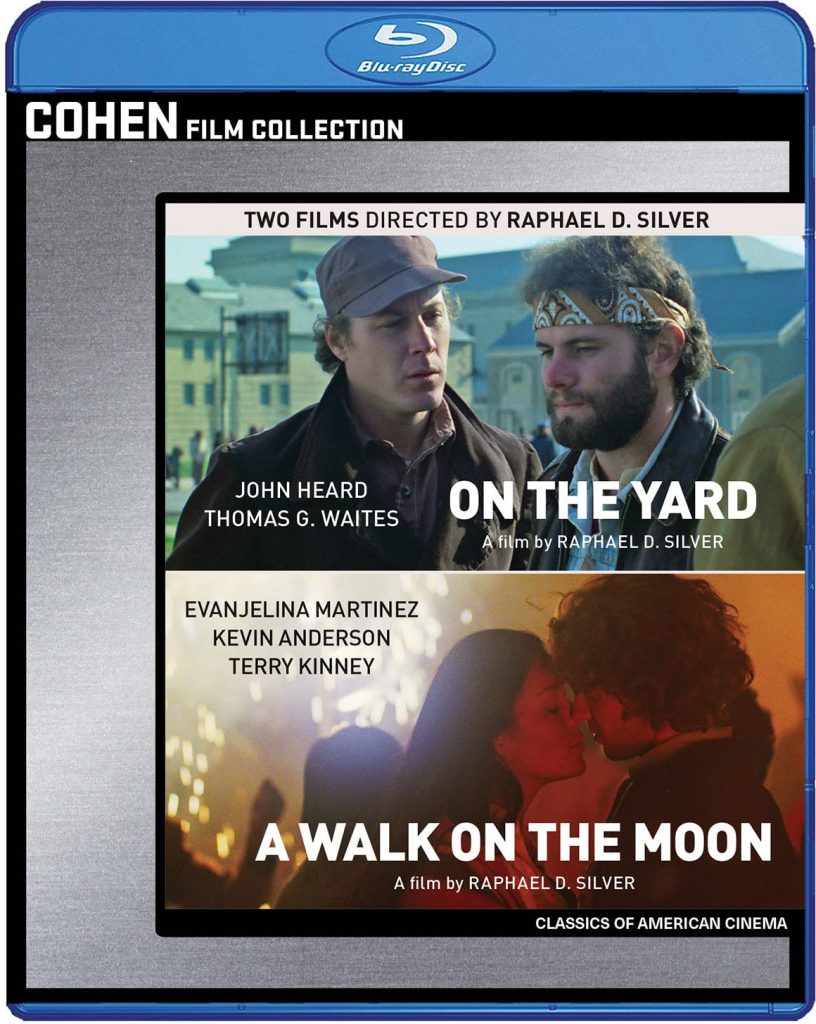