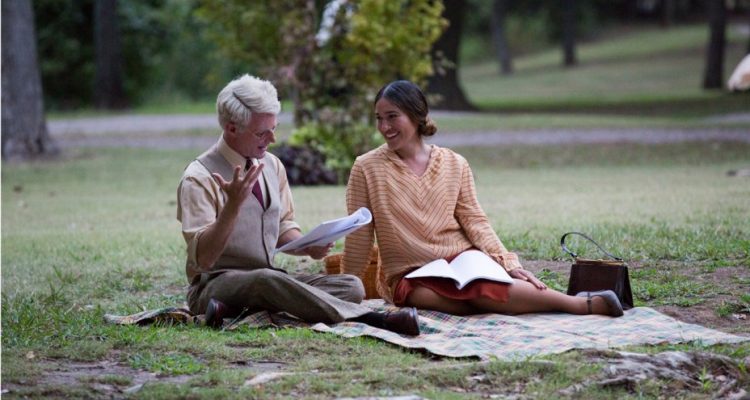 A lovely film. Beautifully made, acted, and directed.

Plot: Te Ata set her sights on Broadway and what she thought was her life’s dream. Audition after audition she was rejected and began to wonder if she was cut out for the bright lights.

Review: Based on fact, Te Ata tells the story of a young Chickasaw Native American girl named Mary Thompson Fisher, who grows up in the early 1900’s to watch her tribe – and all other Native American tribes – get sidelined and allocated by the United States government. The Chickasaws are placed in Oklahoma and are told that practicing Native American rituals in public is against the law, which doesn’t sit well with young Mary. As she grows older (to be played by Q’orianka Kilcher), Mary realizes that she has a great, unique gift: Telling the stories of her ancestors and the legends of her heritage. As she develops her gifts of speaking on stage (and changes her stage name to Te Ata, Bringer of the Morning), her father – a well-respected member of the tribe (played by Gil Birmingham) – admonishes her and forbids her to perform on stage, but as she grows older and goes away to college (a first for the women of her tribe), she further develops her stage craft and begins performing her stories for money in private settings. When she graduates college, she goes to New York to try her hand on Broadway, and with all the rejection and turbulence of being discriminated against, she searches her spirit and finds that she is meant to continue telling stories on stage. Her reputation grows and she is summoned to perform at the White House for President Franklin D. Roosevelt, which is the culmination of her efforts to enlighten the world on the stories of her people.

A lovely, heartfelt, and very well made docudrama, Te Ata is quite a beautiful achievement. As I knew nothing of the subject, the film completely accomplishes its task of informing and entertaining, and I think the last time I was this moved by a similar story was when I saw Whale Rider theatrically. Star Kilcher (who played Pocahontas in Terrence Malick’s The New World) is perfectly cast and gives more than an on-the-surface performance. Families should have no fear whatsoever in showing their loved ones this remarkable little gem. Directed by Nathan Frankowski.

Kino Lorber is handling the DVD and Blu-ray release, so keep your eyes out for it.