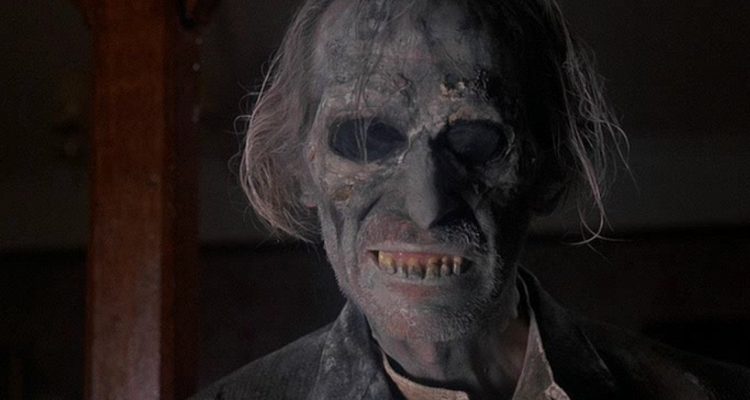 An entertaining series of stories that will please fans of the EC comics, but other filmgoers may find the acting a little hammy and the effects a little cheesy.

Plot: Five strangers get trapped in a crypt with the creepy Cryptkeeper (Ralph Richardson), who shows each of them the error of their ways.

Review: I never read the old EC comics and didn’t really know much about Tales from the Crypt, other than seeing the puppet who hosted the television series. So, I’m not sure if I was the target audience for this movie or not. That being said, I’ll give you my honest thoughts (as always) on this movie.

Firstly, it is damn entertaining. I’ve always enjoyed anthology movies – it keeps the freshness of the story moving along, and I guess it speaks to an undiagnosed attention deficit order I may have (then again, there’s a lot of people who I think fit that bill these days – don’t believe me, count how many times you are watching television and staring at your phone at the same time), but I dig these type of movies. The stories are all well-told and, for the most part, well-acted, though there is definitely some hamminess afoot through the stories.

I can’t say any of the stories were terrible, and there were some really neat ideas in a few of them. The weakest one was definitely the second story involving the man cheating on his wife with his secretary, as the twists were obvious and not really well-executed. All the other stories had some neat ideas and were engaging. I think the highlight of the performances was Peter Cushing, who seemed to approach his role as if it were Oscar-worthy – his turn is easily the best of the bunch.

As for the negatives, this is generally a morality movie, and thus, all of the main characters are real scumbags who are hard to follow around. I think the only exception is the fourth film, which really doesn’t fit with the rest of the movie – the guy doesn’t really seem to do anything too wrong to deserve his inevitable fate. His end also doesn’t make sense, based on something that happens in his story – they even repeat it in case you think you misheard something, so it really doesn’t make any sense – you’d think they would have tightened that up a bit.

The other negative is the makeup effects, which are hit or miss. As you would imagine, with a movie called “Tales from the Crypt,” there are several instances of death or dead people in the film. While sometimes the makeup is pseudo-convincing, other times it’s horribly conceived, making it look like a Halloween mask. It really takes you out of the movie. Likewise, the blood is generally bright, bright red (I guess that was intentional to remind you of the hyperrealism of a horror comic book), and again, it looks terrible. That being said, technically, the movie is overall okay, and there’s some interesting camera work throughout (including a part of a segment in POV and the hallway with the razor blades).

Overall, this is a decent, entertaining movie with enough character, story, and thrills to keep everyone entertained. I don’t think this is for people who love art films; it’s for folks who like old-fashioned ghost stories or who grew up reading fare like “Scary Stories to Tell in the Dark” – usually read while hiding under a thick blanket.