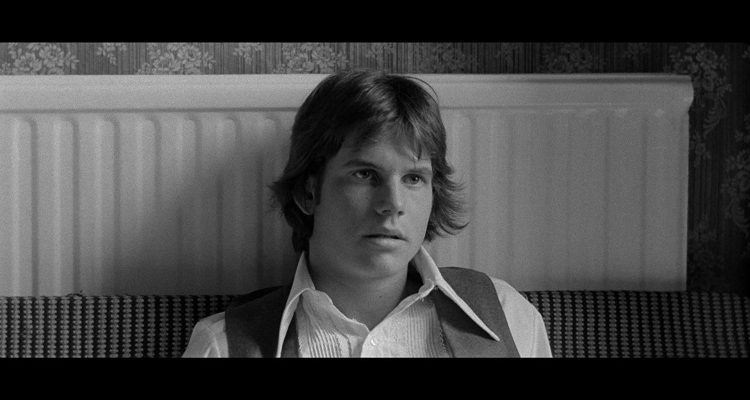 Taking Tiger Mountain is the ultimate found footage movie. With little to lose, Tom Huckabee was able to take big, bold, weird chances on this abandoned footage and it pays off creatively. From little more than scraps, he’s constructed a film more invigorating and exciting than many of the franchise behemoths that clog multiplex screens today.

Plot: In a dystopian future, Europe is unified under a totalitarian patriarchy, where each town is assigned a single economic purpose. In Brendovery, Wales the occupation is prostitution. Arriving by train from London is Billy Hampton, a young American expatriate and draft evader (Bill Paxton in his first lead role), ostensibly there to enjoy a sex-filled holiday. Unknown to him he is a time bomb assassin, programmed by a feminist terrorist cell to assassinate the local minister of prostitution.

Review: For years, Taking Tiger Mountain has been a curiosity on Bill Paxton’s IMDB page. It’s remained unavailable from legitimate sources until now and its backstory is as unconventional as the film itself. The history of Taking Tiger Mountain can be told in three acts and three drafts. The first dates back to the early seventies when director Kent Smith and pre-icon era Bill Paxton flew to Morocco with some scraps of raw film stock, a camera and a youthful obsession with international arthouse cinema. When that plan blew up, the pair retreated to Wales where they shot what must have been hours of Paxton wandering around town, loose and unscripted. They returned with reels of starkly compelling but completely non-narrative footage.

It would take almost a decade for that footage to find its form. Paxton friend and filmmaker Tom Huckabee saw potential in the raw material. He re-purposed it into an entirely new construct, imposing his own unique obsessions and themes, roughing out a basic story and dubbing freshly recorded dialogue over the previously silent footage. The end result had a short art house theater run before sitting mostly unseen in Paxton and Huckabee’s closets for decades.

Huckabee’s impressionistic film is set in a vaguely dystopian post-war world. Paxton’s character has been recruited against his will by radical feminists to assassinate the tyrannical Minister of Prostitution. The bulk of the film follows a confused Paxton as he wanders a small town in a state of paranoid confusion and disconnection, waiting for the signal to kill. His rambling inner monologues are occasionally interrupted by listless sexual encounters. A wall-to-wall soundtrack of right-wing propaganda drones on over an omnipresent radio, recalling the innovative sonic collaborations between George Lucas and Walter Murch on THX-1138 and American Graffiti.

While this may sound like impenetrable nonsense to some, the film is actually consistently compelling. One person’s nonsense is another person’s subtext and there’s a lot to dig through in Taking Tiger Mountain. Caught between two extremist ideologies on opposite ends of the political spectrum, Paxton’s character has become a puppet of the system. He struggles to find his own identity as his programming pulls him in one direction and the cacophony of propaganda pulls him in another. Huckabee’s ideas may be even more relevant today than they were in 1983.

In the spirit of the film’s experimental nature, Huckabee’s editorial explorations are ongoing. The Vinegar Syndrome blu ray release includes Huckabee’s most recent draft which adds new digital elements and photographic flourishes on top of the 1983 foundation. Surprisingly, it’s an interesting exercise. Unlike such desecrations as the Star Wars Special Editions or the Night of the Living Dead 30th Anniversary cut, Taking Tiger Mountain already exists as a kind of cinematic graffiti. Huckabee doesn’t so much replace things as he paints on top of them. It adds an even greater visual dimension to a film that may forever be an intriguing work in progress. The nicely produced blu ray also features two very thorough interviews with Huckabee shot and edited in a refreshingly unfussy manner. He addresses the camera directly, telling the backstory of the film and sharing some memorable anecdotes. The talks are almost as interesting as the film itself.

Taking Tiger Mountain is the ultimate found footage movie. With little to lose, Tom Huckabee was able to take big, bold, weird chances on this abandoned footage and it pays off creatively. From little more than scraps, he’s constructed a film more invigorating and exciting than many of the franchise behemoths that clog multiplex screens today. 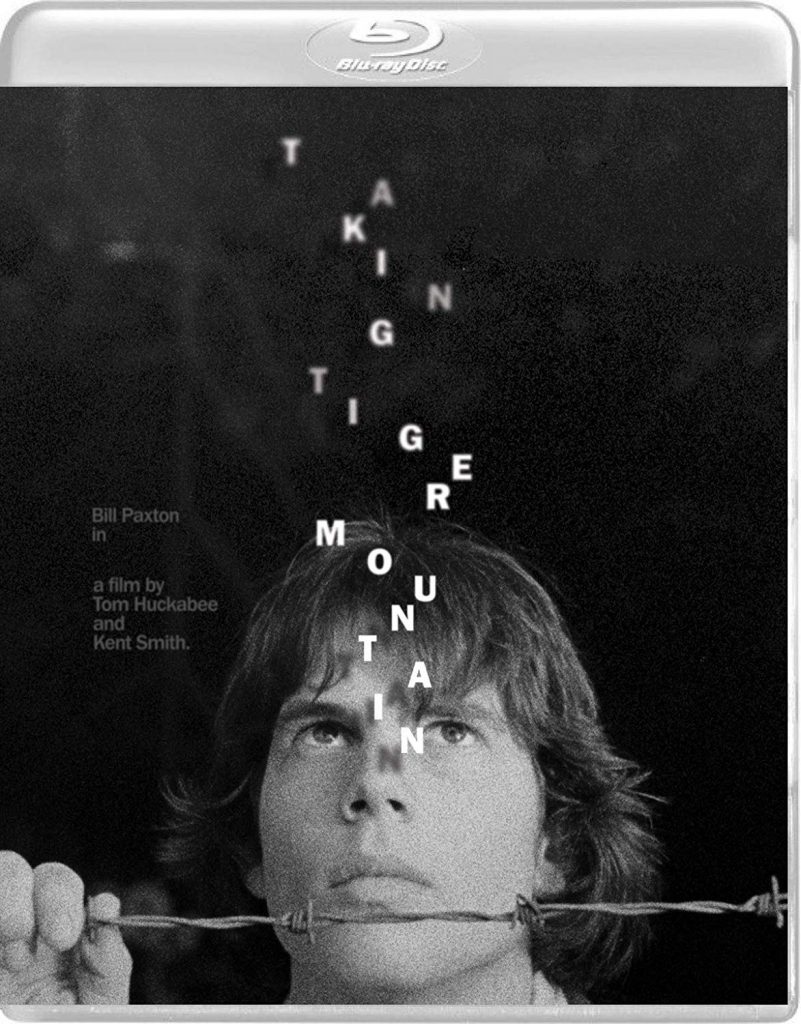