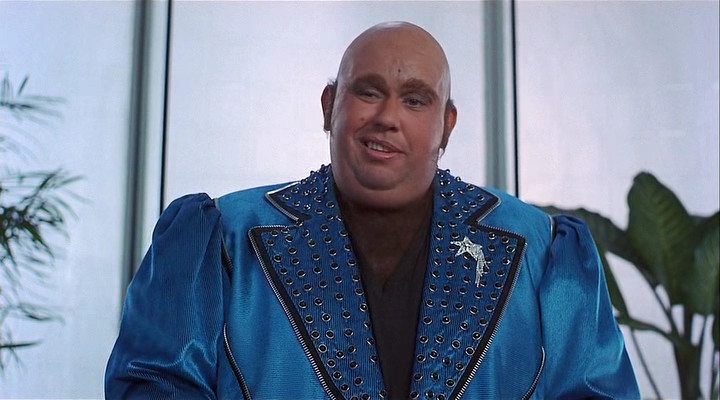 An attempt to create an Inspect Clouseau-type character for star Candy, Who’s Harry Crumb? is only sporadically funny, which is a shame considering the talent involved.

Plot: Harry Crumb is a bumbling and inept private investigator who is hired to solve the kidnapping of a young heiress which he’s not expected to solve because his employer is the mastermind behind the kidnapping.

Review: An heiress is kidnapped and a ransom of 10 million is demanded, prompting her father to seek private help, apart from the police. The world’s greatest detective agency has a successor of sorts: Harry Crumb (John Candy), the last in a long line of great detectives. With Crumb on the case, the world is bound to shell out a few nickels in the way of clues. We learn that Crumb’s boss (played by Jeffrey Jones) is hindering Crumb’s progress as best he can, which points to him as a lead suspect, but then there’s his greedy wife (Annie Potts), who is in league with a blue collar criminal (Tim Thomerson), so maybe they’re to blame for the kidnapping. Crumb, a bumbling moron by any other term, teams up with the kidnapped girl’s sister (Shawnee Smith), a cute teenager who is amused by Crumb and is willing to put up with his nonsense.

An attempt to create an Inspect Clouseau-type character for star Candy, Who’s Harry Crumb? is only sporadically funny, which is a shame considering the talent involved. Candy seemed only mildly invested in the boneheaded material, and the movie comes to life when he uses outrageous disguises in a few scenes. This could have been really spectacular with some great comedic situations, but director Michael Flaherty didn’t have the chops to ignite the material.

Mill Creek’s new Blu-ray of Who’s Harry Crumb? is presented in a somewhat grainy high definition transfer, which is nothing amazing to write about, and while there are no special features to speak of, it comes packaged in a retro-style VHS sleeve. 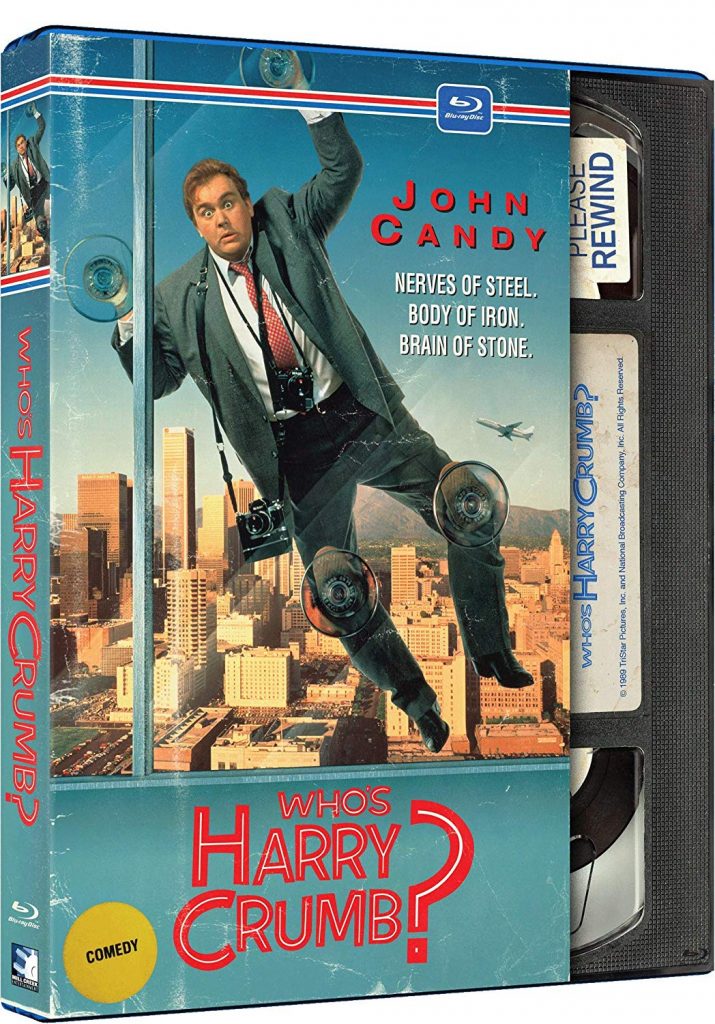