A humble farmer’s wife falls in lust with a drifter who comes to work on the farm, leading to disastrous results.

A small and quiet North Carolina farm run by a humble man named Aaron (Anthony Edwards) and the woman he married out of convenience, the pretty but non-educated daughter of the local mortician, needs an extra hand to keep the farm producing, especially during the sweltering summer of 1937. Aaron’s wife is the soft-spoken Roxy (Lori Singer), who is loyal and hardworking, and gives Aaron a daughter, but life around the farm is dull and monotonous, and so when a handsome and educated drifter comes through town looking for any kind of work, Roxy is a little blindsided when her husband hires the man, a meticulous and multi-faceted gentleman named Jack (Bruce Abbott). It’s clear right away that Roxy is attracted to him, but he’s much more careful about how he goes about making any advances towards her, but when Aaron leaves for an afternoon, Jack makes his intentions very clear with Roxy, and they make love right in the middle of the corn shucks. Over the course of weeks (maybe months), their affair becomes more intense, and when she tries ending it with Jack before they’re discovered, Jack does the unthinkable (spoiler) and murders Aaron without any warning, and tries whisking Roxy away in a dash to try to start a new life with her and her daughter. But Jack’s plan is foolhardy and sloppy, and the authorities catch up to them and believe that he and Roxy planned Aaron’s murder together, setting the stage for a trial where they both face the gas chamber if found guilty.

Kino Lorber brings Summer Heat to high definition for the very first time, and the transfer is more than adequate. The disc includes the trailer and a radio spot. 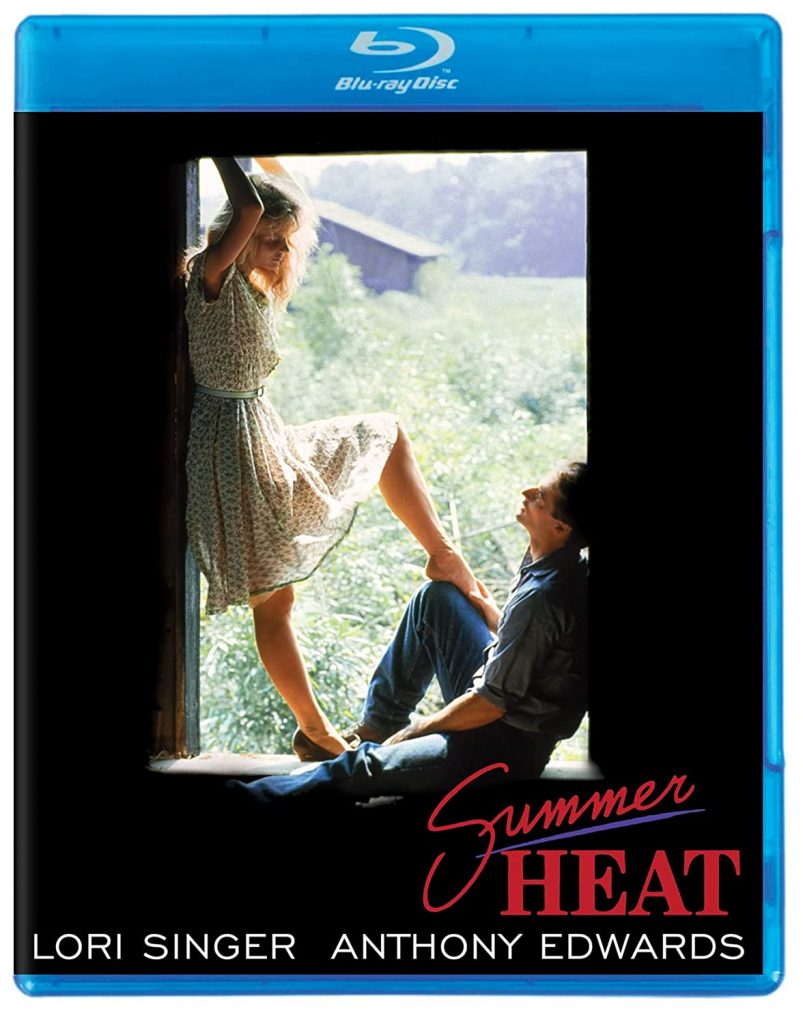